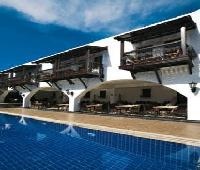 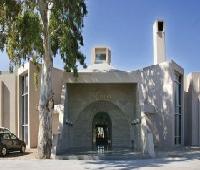 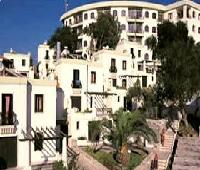 Doesn't worth any single penny

I have stayed for 3 nights (25-28 July 2017)with my family. In room window was broken, no shampoo at bathroom, no hot water for first night and extra bed was awful and uncomfortable. In addition to that their walk in and booking.com rates are cheaper than Ets agency (160 Try per person). Open buffet was limited and tasteless. Also even hotel was not full they didn't give late check out at least for half an hour, in addition to that they didn't provide any other helpful option. Definitely this hotel doesn't worth any single penny. Better to check availability for 3 stars hotel Manuela Bitez which has better beach,friendly service, more activity and cheaper rates.

I payed for all inclusive and didn't eat at the hotel, they food was so bad I couldn't physically eat it. The staff are not helpful at all and most couldn't speak English, the bar staff were very rude and kept asking for cigarettes off me every day when I said no they would be very rude. Also every single guest at the hotel was Turkish and no one spoke English, there was no evening entertainment. The area is lovely and however there are loads of stay dogs in that are a bit aggressive

We faced unexpected situation in this hotel.all system is dissapointed. Foods are not delicious and all hotel is nonhygenic. Employeers are not interested in customers. In shortly, never come to here.

An experience to say the least

The hotel rooms were rather old. The TV stations did not have any stations in English not even the BBC World News -Wrong :( The food was always cold and mainly catered for the Russians and the polish. Breakfast started at 7.30. I would sometimes get there between 8.00-30am, which unfortunately around this time, there is a lack of choice or portions and it would be more or less the same every day; more times caked in oil (high cholesterol fried Turkish sausages). The hallway outside of my room was used as a playground daily by the children, therefore no afternoon nap or even a restful night's sleep until the children had gone to bed. The walls were ever so thin. The cleaning staff I could question could have done a thorough job. My toilet was only ever cleaned once. I caught her cleaning the bathroom once just with toilet tissue paper and my used towels - No cleaning detergent or cloths. The pool bar staff manager Kazim was always accommodating and endeavoured to rectify any problems within his remit and was always courteous. He speaks fantastic English and is very much a conversationalist. The only snag here, is that the pool snacks were not open until 3.00pm and this always consist of burgers, salad and chips – always cold. The vending machine for hot drinks most of the time ran out of milk. Although I had mentioned this on several occasions to the younger bar staff, they made no effort to rectifying this with haste. There was also children playing football around the pool area for which constitutes a health and safety issue. I actually got hit by the ball as I stood by the bar. Oh, lastly there is only one swimming pool -The image on the site gives you the impression that the pool is is quite large, in fact, it is quite small. Internet was only available in the lobby which was small and people at times had to sit on the floor in the lobby as there was not enough seating. The Costa 3S Beach most definitely should be rated a 2*.

I have just come back from staying at the 3s beach club hotel. It was the worst hotel I have ever stayed at in my life . The food was always lukewarm and very little variety the desserts never changed once during the 7 days I spent there. 95% off the staff could not speak a word of English between them and the other 5% was not much better. I found the staff to be extremely rude and totally unhelpful. The room was extremely basic and the portable tv only had Turkish channels. You call it a 4star is a lie and a joke 2star is more appropriate so please don't waste your hard earned money staying at this rubbish hotel it will ruin your holiday just as it has ruined mine .