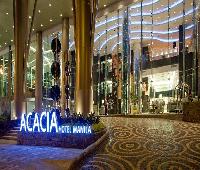 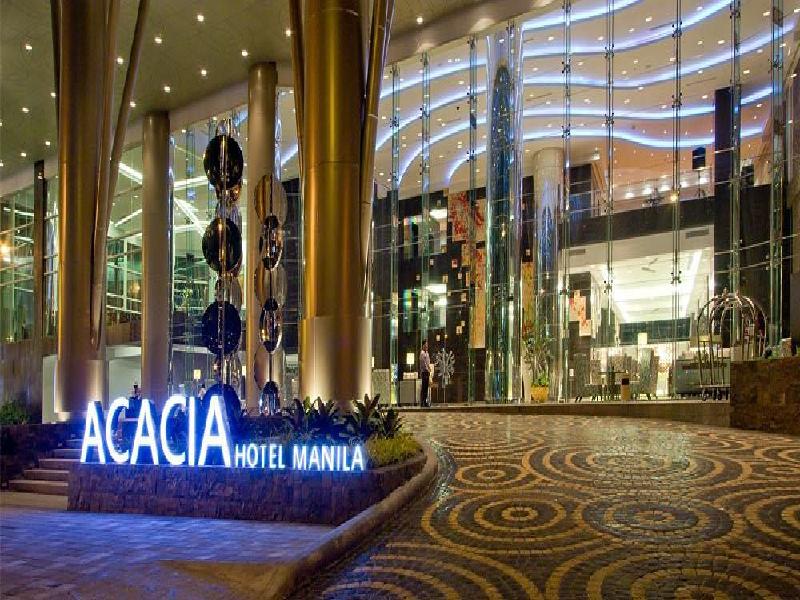 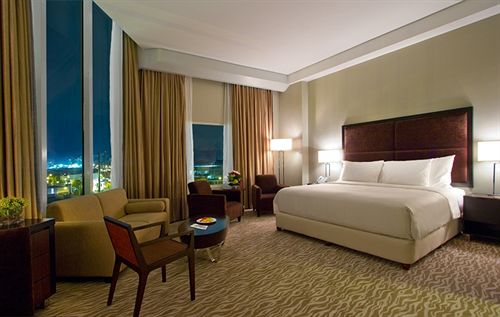 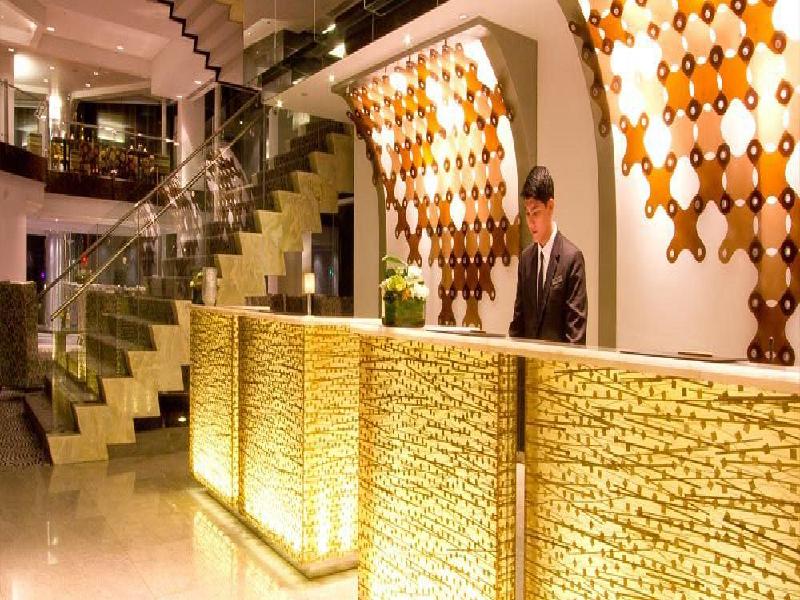 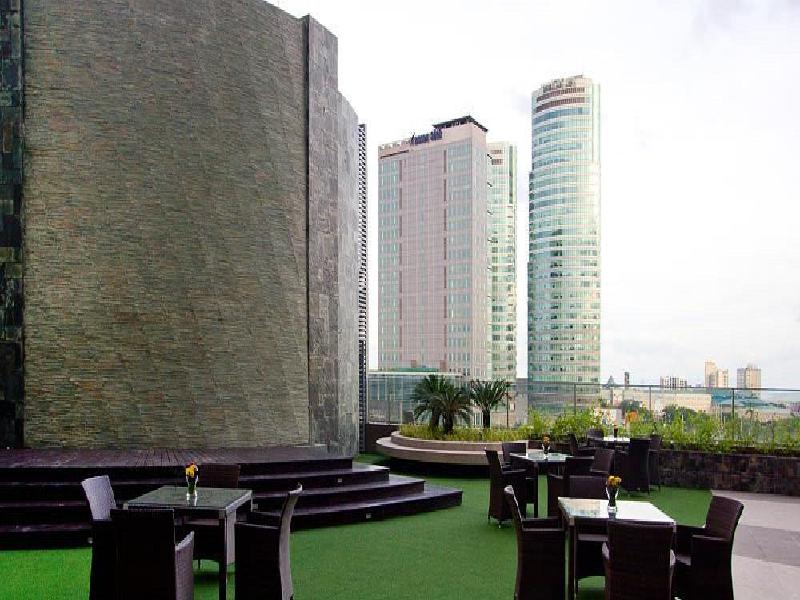 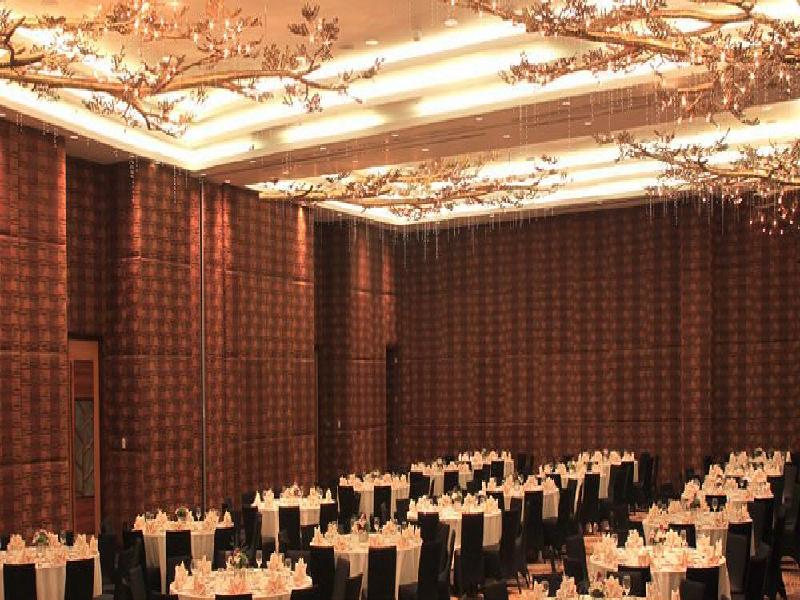 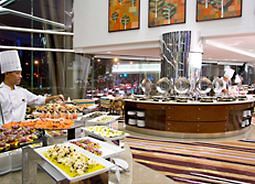 Good service and amenities for the price point

If you have family/business in the Alabang area, consider staying in Acacia Hotel. The service is quite good, and the location is ok as well. It's just across a strip mall and the Westgate area which gives you several good dining options. They also have free shuttle services to nearby malls of Alabang Town Center and Molito.

From Aug 20 to November (if I'm not mistaken) their coffee shop will be under renovation and guests will have breakfast at their hotel lobby area. It's an undoubtedly smaller place so breakfast will not be as leisurely, with tables very close together and a cramped space. The food is average with a choice of local and continental fare. The amenities were sufficient, with a business center, pool, and gym. The elevators were a bit slow and as we were staying there while they had several events, it took longer to take the lifts (only 3 were working) when the events were in full swing. All staff were very helpful though, and all our needs from express laundry to several shuttle trips to the malls were attended to promptly.

We got the raining day room rate for SGD130 so not a bad price point.

NB: We had a family event this August at Acacia Hotel and the banquet services were superb.

Clean rooms, relatively new facilities, friendly staff- very accomodating. Room had a small ref that cant fit the cake we brought for my sister. The front desk was gracious enough to keep it for us. The comfort room was nice spacious and clean. Beds used to be 2 queen beds for a twin. This visit i noticed beds were smaller but still of good quality. Price is higher now. Used to be able to book with agoda at 3500 per night..

We were stayed in a jr suite. Nice room spacious ,service inside the hotel was good.however,on the outside lobby,the standby bellboy/attendant was just standing behind the trolley for us to unload our baggages from car to the trolley he was not quick enough to help us unload until i said loudly nobody is helping. We have a bit few things for the exhibit.other than that everything was good.clean hotel.

Went to the hotel early as in 6:45 am because my car was coding on a Thursday. Parked my car at the hotel basement. By the way, better bring the hotel voucher (I booked directly at Acacia) because when I paid P4,025 the reception staff thought that was the amount that I need to pay. I was a bit irritated because I knew that I only need to pay P3,825. I am not so sure if they have a database for the hotel rates. Went home to sleep and went back in that area around 1 pm. Had lunch in the Commerce bldg.. Then checked in at 2 pm after early notification.

They also serve welcome drink either wine or pandan juice. I chose the latter. I celebrated my birthday at Acacia. When I entered my room I saw 3 red balloons and my bed were filled with gold balloons with a birthday greeting and my name in the place cards. I was so pleased. Not only that they also provided a mini cake with a happy birthday greeting on a plate. They also gave me a complimentary head and back massage which I think is not part of the birthday package (not sure). Indulge in the bathtub. Their renowned pillows allowed me to sleep soundly.

But that is where the good part ends. Soon it became obvious that the room had issues - air-conditioning was not working well and the room quickly became very cold. We called reception and they sent some guy who had no clue about anything and just lessoned us on how to use the system. We tried making the room warmer but when you raise the temperature it gets much colder. Weird. No other help from the hotel.

My wife and I went to the bar to get some snack and drinks. The "Welcome Drink" coupon that hotel gives at the time of checking in is a total joke - we were offered a pandan juice instead of a beer or a cocktail. Waste of time.

Ordered some food and some drinks, I ordered a beer and my wife ordered a mojito. Mojito was terrible, had an aftertaste of dish-washing liquid! We complained to the bartender but then three of them started sipping my wife's mojito! I never saw anything like that in my life - the staff actually drinking/testing guest's drink! And then all three tried to convince us that the drink is fine and treated us like idiots.

The next day we realised that at the same time they charged us for one more beer that I did not consume. I should have checked the bill better before I signed.

The food was mediocre at the best.

Later the same evening when taking the shower another issue - the water is overflowing due to poor design of the shower cube and quickly the entire bathroom floor was flooded.

The bathroom itself was quite dirty, lots of stains of who knows what...

This is not a cheap hotel and claims to be a five star one, however many thing in it are worth of a two star hotel and a two star price.

Wi-fi was free and quite good.

Needless to say - we will never be returning to Acacia...