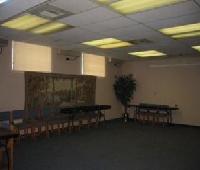 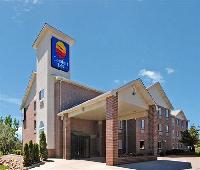 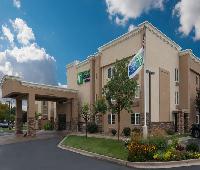 I stayed at the affordable inn in wheat ridge co for 1 month. I'd never seen bedbugs until I was there. See included photos. I found that bedbug on my mattress, took it to the office. Staff and the motel owners know rooms are infested but do the minimal, and rent anyway! I was never told the room next to me was infested, but they'd rent it, complaint after complaint. Place is a dump, customer service is lousy. Stay at your own risk! Place was cheap, but not worth the bedbug infestation.

Bewear of this property

We have stayed at this property several times never have had an issue till this last trip. We were told it is now under private ownership.
On this trip when we arrived there was no one in the office. The night manager was in his car in the parking lot and had to come in to wait on us. We always travel with our dogs and this has never been an issue. We were informed we now had to pay a $50.00 nonrefundable pet deposit. Still not a problem.
We paid for 5 nights plus the deposit for the dogs, we got to the room and it was not at all like before. The beds are broken down the rooms were not clean, the towels were worn.
On day 2 I went to the office to ask for toilet paper because our room had not been serviced in two days. the same night person told me that they had a staff shortage and he would see they serviced our room the next day. On day 4 we went to the office again for clean towels since our room still had not been serviced. Once again the night manager was in his car in the parking lot and when he came into the office he smelled of Meth very strongly. He was rude and could of cared less that I was upset.
The rooms that are online are not even close to the rooms offered.
I will never stay at this motel again and advise good people to stay away! If you are junkie you will be fine at this now fleabag motel!

I have stayed in this motel in years past and found it to be a good option when I wanted to travel inexpensively. It used to be neat and clean. That is no longer the case. It has probably been two years since I stayed there and the amount that it has deteriorated is amazing.

The one good thing that I can say is that the front desk person was very friendly.

In spite of that, the rest was awful. The non-smoking room that I asked for smelled like an ash tray. I then asked for a different room and the clerk was very accommodating. Unfortunately, the new room was filthy. The sheets were old and did not fit well. They had stains on them. I dropped something and had to move the nightstand to find it, and it was readily apparent that the carpet had not seen a vacuum cleaner in a LONG time. There was all kinds of filth and rubbish there. It was just plain nasty.

Suffice it to say that I will not be staying here in the future and I would never recommend it to anyone.

When we missed our connecting flight late one night, neither the airline nor hotel board could help find a room. Seems some conference was in full swing and only room near the airport was $300 a night at the econolodge (feel exploited?). I signed onto trip advisor and discovered the nearest reasonably priced motel was Affordable Inns, 23 miles away. Not realizing that I was going through priceline, I checked and obtained the last room available. As soon as the reservaton was confirmed, Uber jumped in offering a ride without any frequest from me. I love Uber but the promptness of the connection was like having your own concierge. When we arrived the motel did seem spooky, with some rooms having their own Iron gates at the door, and bicycles chained to railings. It was not the type of place I wouod normally stay, but who had a choice? The night manger was nice and went out of her way to make two elderly wayward travelers at home. She even adjusted the rate (even though I realized later that all this did was increase the priceline $50 profit.) I made a setting with Uber to pick us up at 5:30 AM and we went to bed in our clothing. The next morning we were waiting out side and were observed by the "donut lady." who ran the morning coffee and fresh donuts for guests and others. She let us in to avoid the cold wind and we were soon joined by a blind guest who had so much enthusiasm, he made our troubles small. Uber arrived on time and delivered us to the airport for a safe journey home. It is clear that the Affordable Inn is generally a place for blue collar travellers and commercial and industrial longterm stays, but it was great for our emergency.