Property Type vacation Hotel year Built 1850 additional Hotel Description we Would Like To Invite You To Our Rooms. we Offer A Stay In Nice Rooms Located In A Historical tenenment House Built In 19th Century In The Very Heart Of the Old Town On 3 Pijarska Street. 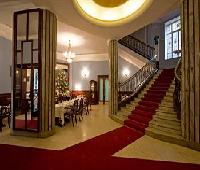 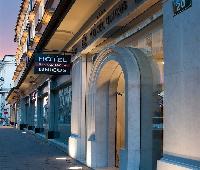 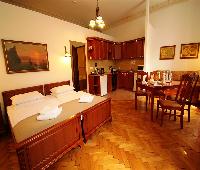 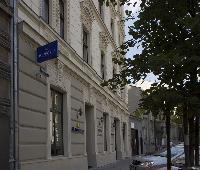 Property Type vacation Hotel year Built 1850 additional Hotel Description we Would Like To Invite You To Our Rooms. we Offer A Stay In Nice Rooms Located In A Historical tenenment House Built In 19th Century In The Very Heart Of the Old Town On 3 Pijarska Street.

could be much better

Well, the flat itself could be very very nice. It's 4 bedroom flat, with no kitchen. It really needs some maintenance, specially the bathroom. Only one radiator in the biggest room, i guess in winter it get very cold, also because the windows are old. The floor as to be redone, and i would change the beds. The only good thing is that is basically in the city center, so walking distance to everywhere. The girl at the reception a bit rude and tried to be clever with us. Not good!!!

We stayed here with 6 people in an appartment at Pijarska, which is within walking distance of the main square.
The state op the appartment is quite poor. The matresses are horrible - I still have the marks from the springs in my back. We only got 1 towel per person for a stay of 6 days. There is just enough hot water for one person to have a decent shower and you have to hold the showerhead while trying to soap up. The rooms are cold, the chairs fell apart under our noses and the interior is just outdated and looks and feels tired. Not a place you want to come home to after a day out and have a nice glas of wine.

There were 7 of us travelling including my young daughter. We had booked this accomodation for our two nights in Krakow based on the information and pictures on their website. Admittidly we were surprised at how nice it looked for the price, but would not have questioned the ethics of their advertising at the time. On arrival our rooms were nothing like that advertised on the web. The ground floor apartment we were checked into was dirty, old, tired and smelled of damp. The bathroom I refused to use due to the grime laden on the tile grouting around the bath, the bath itself looked dirty and had what looked like a rust streak running down from the taps to the plughole. As for the beds, the matresses where grey from sheer age and dirt and you could feel that every spring had gone. We obviously complained as we were not prepared to stay in this room for two nights. The girls on duty agreed that the rooms where not their best and said she could move us to an apartment upstairs which had been renovated recently. On the second night we moved upstairs into what seemed to be a huge improvement, on the face of it everything was clean, tidy and much more like the photograpgy used on their adverts. Sadly this was not the case as soon as we sat on the bed it virtually collapsed in one corner, the bed was broken! This must have been noticed by cleaning staff in the morning when they made the room up ready for us after the previous nights guests had checked out! The bed frame in the corner had come apart so as soon as any pressure was applied to the matress it collapsed. In addition when unplugging a hairdryer I had used the socket came out of the wall exposing all of the bare wiring, again this had obviously been shoved back into place and not dealt with, highly dangerous, especially as I had my 8 year child with me. In the end we moved the matresses on to the floor and slept on them like that. Unfortunately when we moved the matresses off the bed the floor underneath was covered in thick clumps of dust, hair and a pair of dirty old socks. It was that bad we did check out other places to stay in Krakow but unfortunatley on a Saturday night everything was already full so we had to make do.

A letter of complaint was left in our room as reception is only manned until 9pm, to date no contact has been made by the manager/owner of the property and no recompense has been made.

All in all this was an awful place to stay and having been in the Hotel and Catering industry for over 15 years I would rate this accomodation at best a backpackers location or even a hostel style environment.

We stayed in an apartment for 3 nights. The location is really good. Walking time to Florian`s Gate is 5 minutes. And for this location, the price is quite convenient.
The apartment itself was a 2 bedroom flat with evertything you need in it. The kitchen was fully equipped. No minibar tough.
The reception girls even brought the breakfast in our room.
The only downside would be the bathroom which was indeed clean but small and with a terrible red lighting.
I would definitely book them again for my stays in Krakow.