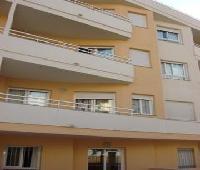 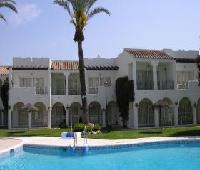 On arrival were told to come back to check in and were given an hour slot to return by, luckily we had family staying close by. We were offered a drink when we were finally allowed to check in.
We stayed here for 5 days and the towels were not replaced once. We were not given toilet roll and had to go and ask for it. The room wasn't touched apart from bins being emptied once. The bed was uncomfortable and we were only given 1 shallow pillow. The staff were not friendly or welcoming, it appeared as if we were trespassing in their home and we were not wanted there. They didn't appear to care what were thought and certainly didn't make an effort to make our stay comfortable.
We were shocked to read reviews describing the breakfast positively. It consisted of bread cheese and ham, one morning the bread was that stale we had to rip off the crusts. There was evidence that the last three previous diners had also done the same as their plates had still been left there! The coffee was awful, and no coffee making facilities in the room.
The only positive was the air conditioning in the height of summer.

This Hotell is Just Fabolus. The Staff was so Fabolus. Pikced us upp att the Airport 😊😊 Nice room and Breakfeast. Thank you. Recomand Every one too visit this Place. Best wishes Bente and Bjørn Torrox Pueblo is a Place too Enjoy

Great hotel in a lovely little Spanish town .Great value for money.Owners have difficulties in commuication as they speak little English .Otherwise great ,spotless hotel with no dramas .Just right for a mini break and close to the town centre where all the bars are .😆😆😆😆

A true believer in trip advisor we picked this hotel from a pack we had since it had good reviews which I do not understand:
Upon arrival we clearly felt that we were more of a disturbance than welcome guests...fair enough it was late night (around 1am on Friday ). However this feeling got confirmed over our 2 nights stay..we were actually disturbing.
We had 2 diners included and a welcome bottle of wine advertised in our pack.
On the first morning we asked about the restaurants meal we had and we were kind of told off that we should have had the diner on the first night ..finally we got our card to the town pub for diner...our pack was named gastronomic escape....

The breakfast buffet was decent (bread, cereals and a few slices of ham and cheese) although we had to go up and down to reception to ask for the ingredients that kept running out such as milk, bread, etc.

Our room was freezing at night with no heating system. Fair enough it s Spain but still in November it s cold..

On departure day our electricity got cut and thus so was the hot water to make us leave earlier and right at 12 a phone call from Reception to push us out (did not say anything on the phone as the line was not working properly).

got here quite late as we got lost in malaga no one round so we phoned no, on door owner arrived in couple mins only to tell us we were not booked in for 3 nights as planed only 2 not what we wanted to hear at 1,00pm after about hour of faffing about we got key to room and promise he would sort problem out in morning to be fair which he did but downside was we would have to go to NERJA down coast for the last night he was putting problem down to travel rupublic who we booked with anyway the 2 nights we stopped there were ok breakfast was bit disapointment after reading reviews how good it was wouldnt rush back