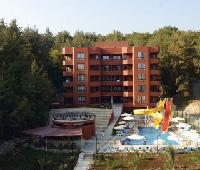 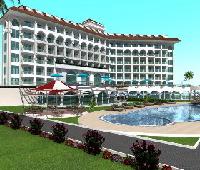 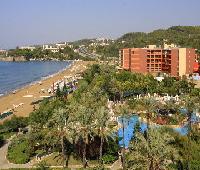 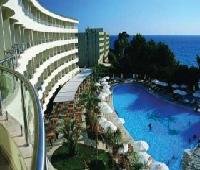 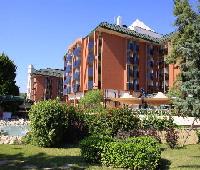 Let's start off with the positives. The staff are extremely friendly and pleasant never hesitate to answer questions. As for the food, dinner was very international, mainly Russian food, because of the majority of the guests. There was a big variety as well as bbq fish every now and then. The poolside snacks were burgers, ice cream and biscuits. Really nice for relaxing showing the true meaning of all inclusive ! The breakfast wasn't good mainly stale cereal. Finally the negative is our room got changed 4 times, this is because of air condition fault, however it was sorted within the hour . Highly recommend visiting this place

I liked everything except the rooms. We've got a good and quiet room on a top floor with a fantastic view, but a cleaning service was very poor and furniture was old. Reception, bars and lounge were good. Animation great! Nice and clean pools with slides, clean sandy beach. If had some problems in a room, everything is fixed quick. Surely not 5 stars, but in general we've enjoyed our holiday.

Can you imagine 5 star hotel, ultra all inclusive, without shampoo and shower gel, and almost no territory and the restaurant full of not food but flies? - go to Alara Kum and you'll see it. We spent 4 days there and were shocked ...

Hotel is two star according to UK standards. Very outdated and specialises on russian and ukranian holiday makers.
- Problem communicating in english as staff don't speak english.
- Clothes got missing, but could not get any help from staff...
- Air conditioning didn't work smoothly.
- Sea view room ended up in view to car park. Where security guy urinated by the entrance gates ignoring us whistling him from the balcony.
- Children playing area was really smelly from the near by toilet.
- In one of the rooms rotten strawberries were found under the bed;
- Bedding and towels have been changed twice in ten days (all stained and with holes in towels);
- Didn't like the fact that waiter demanded for tips saying you from england, you rich give some money;
---------------
- Food wasn't bad, but got boring at the end of first week. Looked like that what wasn't used was given next day in different meals.
--------------
Good parts:
- Main swimming pool was nice and clean.
- Liked few nights in Irish bar, was good fun.
- But the best part and big thanks to animation team. They really worked hard and did best to make our holiday as good as possible.

Definitely not 5 star. On arrival we were given a twin room facing the car park when we had requested a double with a sea front view. When we went back to reception to complain they said they did not have any doubles available. We waited to talk to the manager the next morning and after being moved to a room, just above the Irish bar which is very loud, with a massive stain on the carpet we went back to reception. I complained and we were given a room with a sea view, although the hotel was nice it was not five star. The bathrooms that we saw were mouldy and had stained shower screen, the taps in the sink were loose and could move freely, very poor maintenance. There were no toiletries provided as you would expect from any hotel and, to my shock, not even a plug for the sink! The towels were not replaced once during the stay, even when we used the universal hotel signal and put them in the bath for when housekeeping came. Being the only English couple in the entire hotel we felt alienated by the other guests however this was no fault of the staff, just a brief warning! The food was very repetitive with the same things every day and I suspect being reused from the say before. The pool area was nice and clean with a large pool but the beach was dirty and could do with some cleaning. The bar staff were a mixed bunch, some were very friendly whereas others were very rude or just seemed offended that you were there. The wifi was only available in the reception area which was very inconvenient and there were lots of people there at the end of the day logoff on ams getting their emails.
Overall an ok hotel but definitely not a 5 star hotel by UK standards, could do with some serious maintenance and the rooms need a face lift.