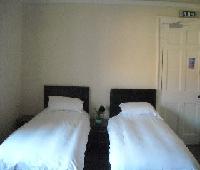 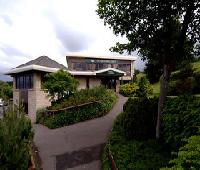 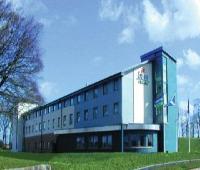 Stayed here on Monday & Tuesday. Booked through Booking.com. On arrival we asked what time breakfast was as our booking included this. They told us 8am it starts. This was too late for us as we had to be on site for 8am. We asked if we could take the breakfasts off the booking then but was told no. On departure Wednesday morning there was nobody there to print me a VAT receipt which I need. I've rung the hotel several times since asking if one can be emailed but still haven't received it. Very poor service. I wouldn't stay here again.

This place has a dedicated dining room, good menu, great location with impressive views of The Bridge through the windows. And prices really cheap.

I had fish cakes, salad and cajun chips for main, sticky toffee pudding and coffee for afters. Everything was tasty and served promptly.

It was rewarding to come over to N Queensferry. It's not as busy and touristy as the south and it was interesting seeing the bridge from a different angle especially as you can walk right up to a cantilever from this side.

Four of us were attending the Royal Highland Show. We had booked two double rooms for three nights. We had travelled a long way and on our arrival we discovered that our booking had been lost. The attitude of the member of staff who passed herself off as The Manager (we found out later that she was not The Manager) was amazing. No apology although we showed her their confirmation email. She just kept repeating that they had no accommodation available. We asked her what she was going to do about it then had to push her to look for an alternative for us. She then disappeared for some time and when she eventually came back she said The Premier Inn in North Queensferry had two rooms and did we want them. The cost was very much higher than the price we expected to pay with The Albert and we expected them to pay the difference. The response was "no we will pay nothing to you. We had no option but to stay at The Premier Inn where we were very well looked after and pay their price. On our return home we wrote to the Albert and the real manager responded. She accepted that she had taken our booking but it was lost when new owners took over. However, she refused to reimburse us for all of our extra costs. Appalling customer care. Our three day break was spoilt, restaurant bookings had to be cancelled and we were left out of pocket by some £400.

Visited for cup of tea.

Pot of tea for 2 £5.00.
Thought this was a little costly.
Small tea pot, 2 small cups, smallest jug of milk imaginable, and 2 horrid biscuits each.
This was just a train ride to North Queensferry to see the bridges.

This was an planned visit

This review is about the restaurant only. The waitress worked very hard for us. An unplanned visit with my working group. very good. Do not expect night life, SeaWorld is handy.5 min walking or you can walk over the road bridge to take in the views.