Property Location With a stay at Albufeira Villa Vital in Albufeira (Areias de Sao Joao), you'll be minutes from Albufeira Bullring and close to Oura Beach. This apartment is within close proximity of Santa Eulalia Beach and Fisherman's Beach. 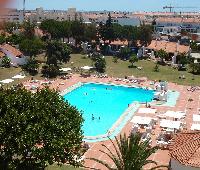 Property Location With a stay at Albufeira Villa Vital in Albufeira (Areias de Sao Joao), you'll be minutes from Albufeira Bullring and close to Oura Beach. This apartment is within close proximity of Santa Eulalia Beach and Fisherman's Beach.

If I could give zero stars, then I would. They mistreated us as foreigners. They had a rule that you had to have a drink in your hands otherwise you would have to leave. We were the only ones that had those rules enforced on us, even after we spent thousands of Yen there. Literally rounds of drinks.

Drinks are relatively cheap (for Tokyo), and is filled with nice looking women. Got fairly merry and started chatting up a pair of Japanese girls, one of whom was married.

My girlfriend was seriously unimpressed and stormed off along with the other people we were with.

Having only been there two weeks & suddenly all alone I started to get the fear, since..

Wandered around a bit and eventually found them in the Irish bar across the road.

I was was very relieved, GF was still incandescent with rage...

Crowded and somewhat rowdy, but fun

On a Friday night, during happy hour, I found the place to be a bit on the seedy side, and very crowded. Still, with no entrance fee, and a good and (generally) positive atmosphere it was a fun place to drink and dance the night away.

Nothing fancy but gets very crowded and fun, if you are looking for a young clubbing crowded. They have special cheap beers and the music is good. But, be warn, this is no t one of those fancy nightclubs.. so just a fun bar/club mix.. If anything, you can leave and walk to the many bars down the street when you get bored! Had a good time, would come back :)

Best place to be

Be careful of the hot girls ! Guys it seems to that they work there as "customers" they want to spend money on them.. but few days and many money lost I got the Idea😊😊 Joke but be careful. The Club Is absolutely the best place to meet other people around the world , I was 9 days in Tokyo and I saw one time one Japanese Men In this Club. Crazy there are only tourist. So go there until 5AM
All Clubs close on the same time!
Have Fun Guys, one Smirnoff Ice Cost 10$
Cya