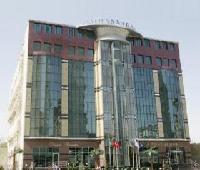 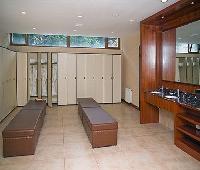 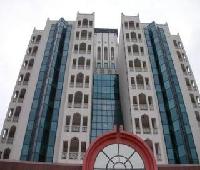 I have forced to stay at this brothel (hotel) because i came with company ,, nothing is working ,,air condtioner put on fixed temp. hot by day cold by night , no curtains on windows , bathroom dirty and smelly, dirty room i had to bribe the cleaner to clean it ,wi fi is a joke ,poor breakfast,, nobody hear the complains,, stay away .

So disgusting and I am really shocked and wandering who gave it fife star!! It a free advice to every one be away from t

So disgusting and I am really shocked and wandering who gave it five star!! It's a free advice to every one be away from this hotel
The air conditioning not work I called the reception many times to fixed it , I just got a promises but nothing happened.
Bathroom very old and all equipments need to replace, a vary bad smell in all the parts of the hotel I think it because the moldy carpets.
The breakfast was so so poor a boiled eegs and lintel soup always cold and some pieces of salty white cheese and sliced tomato and customer, you find if you come early.
Stuff not cooperative and to be honest just one girl was very cooperative and listen to every thing and answer every question.
And many thins eals but I can't say in detail. .

Good wifi through out. Close to supermarket and restaurants.

Will recommend to anyone who is visiting baku.

I never write reviews but felt I must so travellers can avoid what is advertised to be a five star but shouldn't be given any stars or so the hotel can do something about the terrible service. On arrival the hotel looks lovely, I did like the decor. We checked into our room and it was a tip. Everything was a mess, there was salt in the drawers :/

We were told it'd be cleaned in 15mins. Nobody cleaned it till an hour and a half later. When the cleaners cleaned it eventually they simply put all the leftover dirty things that the previous guest had left in one of the cupboards :/

Our room after this was not cleaned for a week. No clean bedsheets, no clean towels despite telling the reception DAILY. After the second week they started to get the idea, though it involved waltzing right into our room without warning.

Breakfast was always the same. Eggs , cheese, ham. Never hot. Just about had cutlery on the tables.

There was one nice young girl at reception but other than that the reception staff were not friendly at all. Not the most welcoming, probably tired as I did see them working almost every minute I was there which is understandable but not a 5* attitude.

I don't know by what standard this hotel was awarded 5* but it really needs to be taken away because it is misleading and will leave visitors to such a beautiful city very very disappointed.

This is a two star brothel!!! And that's pushing it! I have had two rooms so far at this hotel. The first had no window and was situated above the restaurant and bar, the 2nd has no air conditioning, not a working TV, a slightly mouldy shower, hhhhmm, ah and I sleep days as I work nights the 2nd. Room only has 1/2 the curtains to close. Breakfast is awful! Eat at your own peril!! I see hookers come and go most mornings. Good luck with those who stay there