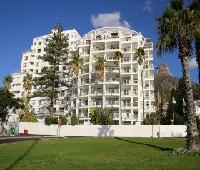 The Peninsula All Suites Hotel 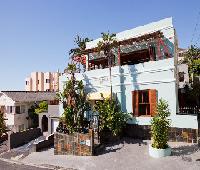 It was a catastrophe. We booked 5 nights but left the hotel after the 1st night.

In the Lobby the have some beautiful photos of hotel rooms with a breath-taking view and very modern, stylish furnished. Therefore, you think the rooms in this hotel are like the photos. However, in reality, the rooms are 20 years old and a catastrophe. The room was much too small there was no way to but the ordered children bed in the room and the bed was too little to sleep with 3 persons even if the 3rd one is a child. The room was not clean the widows dirty, the minibar empty, the room safe was missing instead you say the holes in the wall.
It was so disappointing that we moved after the 1st night to the Twelve Apostle Hotel that we loved a lot.

We stayed here a year ago and had a wonderful experience, but this stay was not the same. There were lots of small annoyances that, on their own, weren't major, but added up for an uncomfortable visit. The sliding glass door to the deck was almost impossible to open, the bath water came out orange from rust, the shower door leaked, the Internet connection kept falling off, and our card key had to be reprogrammed each day. The apartments are good sized, have nice ocean views, and are in a great location. A little bit of upkeep and this would once again be wonderful.

Our self-catering apartment had leaking taps, dirty water coming from the taps, out-dated appliances and furnishings, and musty linen...we were then moved to a smaller hotel room and were not informed that we would be given 2 single beds, and the shower barely worked. Such a pity considering the stunning location and reputation of the hotel.

Dreadful. The hotel is 2 weeks from demolition to build apartments. Service is sad (no wonder) and the facilities are tired and unloved. Stay away.
This old princess should have been left with her honor in tact and closed before now. Instead it's a shameful slide into sloppy and money grabbing last days.
Overpriced and poor service.

Seems like we are the last few guests staying at the Ambassador as it was sold and at the end of the March will be converted into millionaire pads. So my best advise is to STAY away as the current owners are bidding their time and running the hotel on a shoestring. The views are fanastic but everything else was terrible and I don't know where to start with the complaints. My mistake, guess I should have read the reviews first before booking into The Ambassador Hell tel.