This Magnuson Hotels Affiliate Is Located Near graceland, The Memphis Zoo, The University Of memphis And Many Great Restaurants Are Within walking Distance. 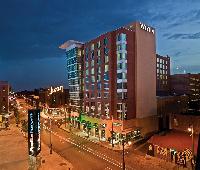 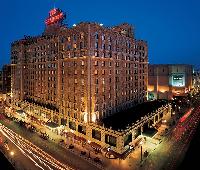 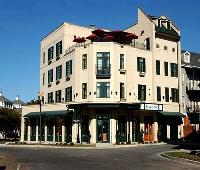 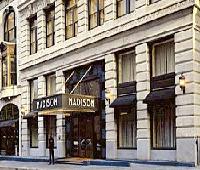 This Magnuson Hotels Affiliate Is Located Near graceland, The Memphis Zoo, The University Of memphis And Many Great Restaurants Are Within walking Distance.

Worst motel in the USA...

My title tells it all. Looking for a cheap place to stay for one night I ended up here. I had to leave very early in the morning to catch an Amtrak-train and I was hoping to get a few hours of sleep but that didn't work out. In the office I was 'helped' by the most unfriendly woman I've met. When I went to the room I smelled nothing but weed. I loved that smell, at least in comparison with the sickening smell when I opened my room. It smelled as if it never got any fresh air since a few years. Until late in the evening very rowdy kids were making lots of noise, banging on my door, yelling at each other... Thank God it started raining very hard so after a while they left. I arrived around 4pm and I didn't got to eat because I didn't trust the people who were there at all and didn't want to leave my stuff unattended.
The bathroom was disgusting, I didn't take a shower because it was so sickening. Worst experience ever. Afterwards my cabdriver told me I was lucky to get out of there alive. He exaggerated a bit but told me it has the worst reputation in and around Memphis, lots of drugdealers, prostitutes, scum,... There are two advantages: it was cheap and I have a good story to tell at home, but next time I will rather pay twice the price than going there ever again.

This was no luxury stay but we got what we needed which was a good nights sleep. The room was clean and the motel was a little noisy at night but after 14 hours of driving, we didn't really mind. In all, it was a value motel that gave you what you paid for. We would consider staying here again.

Booked this trip through Expedia and couldn't even stay in the room for 5 minutes. Boarded up windows, dark parking lot, and real live actual cockroaches in the bed. Have never seen a worse hotel including traveling abroad. Stay away. Expedia should be ashamed to even have this hotel on their list of offerings.

I agree with the other reviews that this place is downright scary! We only needed a room for one night during our drive from Chicago to New Orleans and found this hotel for cheap but after seeing the room I would rather sleep in my car. From the bulletproof glass at the front desk to the unusual smell in the room I was disgusted and refused to stay. The headboard was broken in half with the partical board propped up against the wall and the bathroom had me running in terror. There was only one light in the ceiling and the glass dome was broken off with multiple lightbulbs missing so the room was dimly lit (this may be purposly done so you cant get a good look at the room). I guess the management is used to this reaction because they had no problem refunding our deposit when we ran from the room in horror.

All I wanted was a clean room! This is by far the worst hotel I have ever stayed. We stopped at midnight on our way to New Orleans. In the first room they gave us there was a big mirror that was completely broken and shards laying around. I found chicken bones on the shelf, used gloves on the counters. We asked and received another room. Their were horrible stains in the bathroom and on the towels. Holes in the wall. One of the dresser drawers was missing. Roaches were obvious. I agree with the other posters that the area seemed very unsafe with people lurking outside and yelling and screaming. I went down and got blankets we had in the car and slept on them. All 3 of us had bed bug bites the next day. I tried to convince my wife to get up and leave with me but she did not think it would be a good idea. We got a bargain basement price of 39 dollars plus tax but I will never ever do it again. Under no circumstances would I recommend anybody ever stay here. Quite honestly I would sleep in my car before I stayed anyplace like that again.