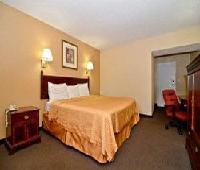 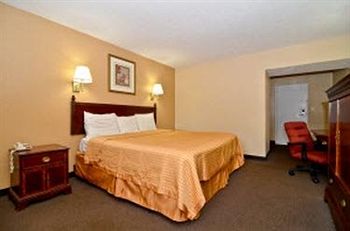 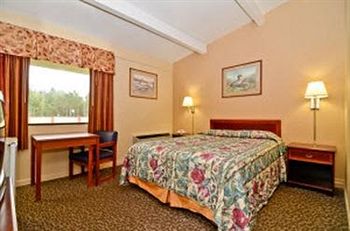 197 Mallard Road,Smithfield,NC,United States of America 1 Star Hotel
Check in 15:00
Check Out 15:00
Waste of money and time Michael S on

Property Location With a stay at Americas Best Value Inn in Smithfield (Selma - Smithfield), you'll be close to Ava Gardner Museum and Carolina Premium Outlets. Rooms Make yourself at home in one of the 48 guestrooms, featuring kitchens. Rooms have private balconies. Conveniences include microwaves and coffee/tea makers, and you can also request cribs/infant beds. Business, Other Amenities Featured amenities include air conditioning in public areas and a safe deposit box at the front desk. Free parking is available onsite.

Property Location With a stay at Americas Best Value Inn in Smithfield (Selma - Smithfield), you'll be close to Ava Gardner Museum and Carolina Premium Outlets. Rooms Make yourself at home in one of the 48 guestrooms, featuring kitchens. Rooms have private balconies. Conveniences include microwaves and coffee/tea makers, and you can also request cribs/infant beds. Business, Other Amenities Featured amenities include air conditioning in public areas and a safe deposit box at the front desk. Free parking is available onsite.

Waste of money and time

My wife and I are moving to Florida, stopped at this "Inn" because of the low rate we noticed in the North Carolina "Travel Coupons" magazine, rate of $39.99... I called to check for availability with coupon price, clerk stated rooms were available. Upon arrival, I was charged $56.00.... Does North Carolina charge $16.00 tax?

Clerk was rude, a bit on the flighty side... Seemed very annoyed when I went back to the lobby to inform her that the remotes for the TV did not work, she informed me that the TV must be manually turned on... TV turned on, --- HDMI2 No connection. - At this point I decided the clerk would be no help, I checked the TV, HDMI cable was connected to HDMI1, Remote did not access input options, had to find the correct input option on the bottom of the Emerson TV, which I had to carefully hold in place so it would not fall of the broken stand. Upon changing input to correct HDMI input, still no signal... TV sits on top of an older TV/Dresser, inside the area where a TV would go I find a plug disconnected to a Cable box mounted to the back of the TV/Dresser... I reconnected the TV showed box rebooting, after 20 minutes I had signal, yet a poorly set screen... - Fire hazard as the outlet TV was connected to had a 6 outlet power strip with lamps, Microwave, Coffee pot and refrigerator connected to it, hanging in mid air.

Lastly, we were concerned about our vehicle as several people were "hanging" around outside... Locals living in the place as they offer weekly rates, very dirty looking.

WiFi did not work, Stink Bugs in the room,

Needed a room for work. The pics looked good and the price was good too,

You really do get what you pay for, sometimes worse. To call this place a dump doesn't begin to describe it. That would be an improvement. Management is rude, smells bad and they charge extra for pets.

Checked in late night for a 6-7 hr sleep with my kids while driving from Florida to NJ. Rate was fine ($56). Room looked ok at first glance. The Air Con was missing a knob, and even when I switched knobs, it sounded like a machine gun/motorcycle. The drawer in the nightstand had a sex toy in it! The shower diverter was broken, so we ended up taking a 'shower' in the morning using a plastic cup. The doors were missing all the security chains. The wall outside the bathroom had a cut hole that was never covered. The Internet was the only thing that worked ok!

Sleep in your car first.

Went here on business in the area. What a mistake. DO NOT EVER EVER EVER STAY HERE! Sleep in your car first. Was extremely tired from a long drive and just wanted a shower and some sleep. Went to the front desk to check in and get the key and was told the door was already open for me. Well low and behold the door was already open and every other door was also. The rooms did not have locks so if you went out you had to take all of your stuff with you. Not to mention the neighborhood did not look that great. We refused to stay there and asked that our credit card be reimbursed for the fee that was charged. If they say we will let you stay free I would say no and sleep in my car.

Stayed on Jan. 17th till the 18th. Stayed in room 207. Couldn't sleep in bed got hives, thought it might be there detergent. Showed the young lady at the desk, who was also the one who checked us in the night before. Left and went to Orlando, and that night went to the hospital was so uncomfortable and itchy. The Dr. there couldn't do anything but give me Benedryl and tell me to pickup lotion. It seems BedBug Bites have to run there course. Now I need to make sure I didn't take any with us. I took pictures of the marks both my husband and I have. The room also had no coffee pot or microwave.