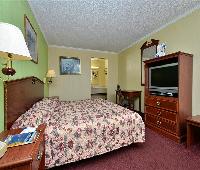 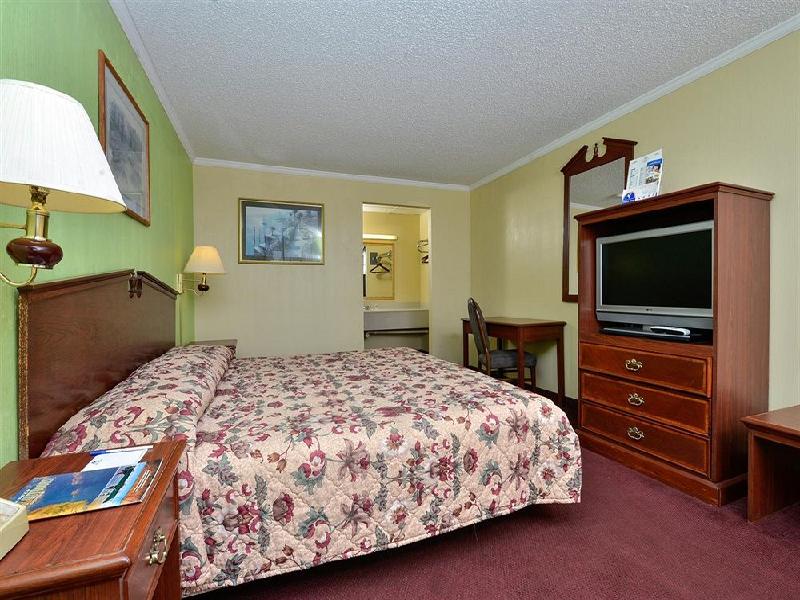 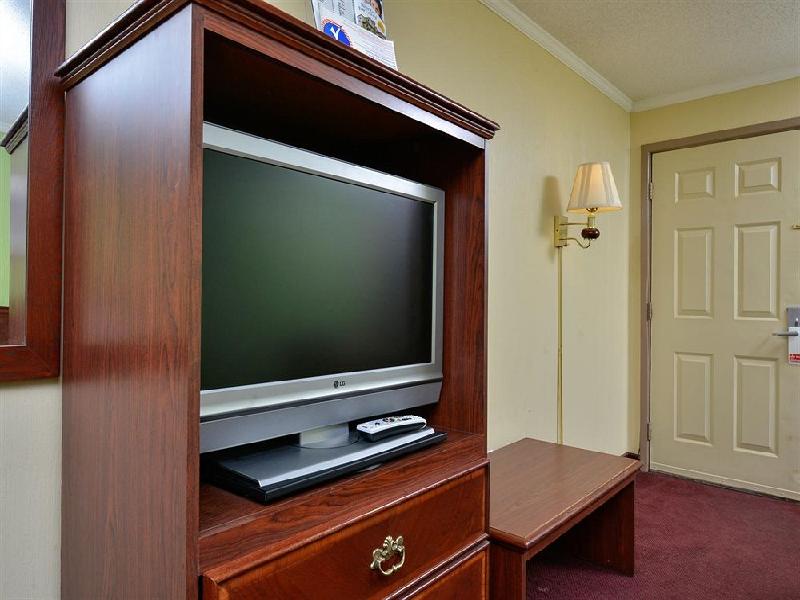 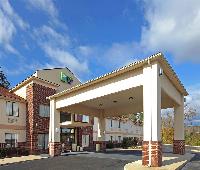 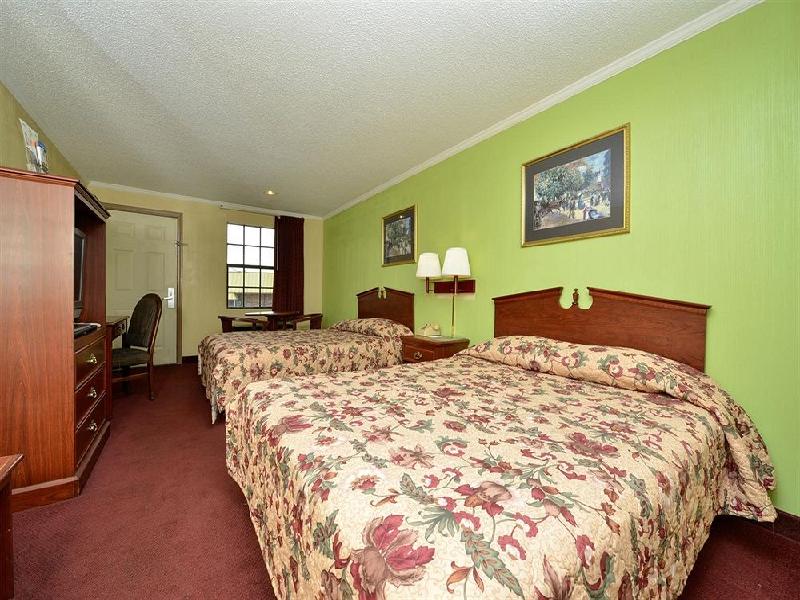 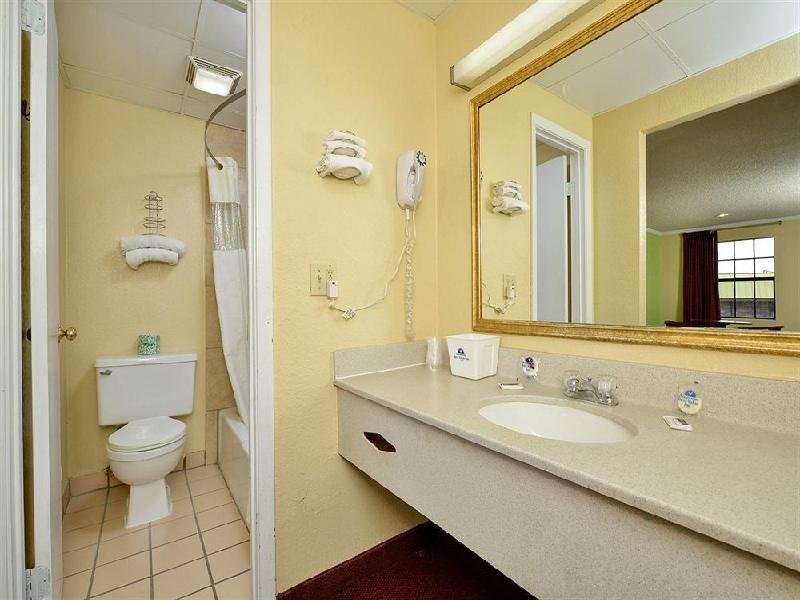 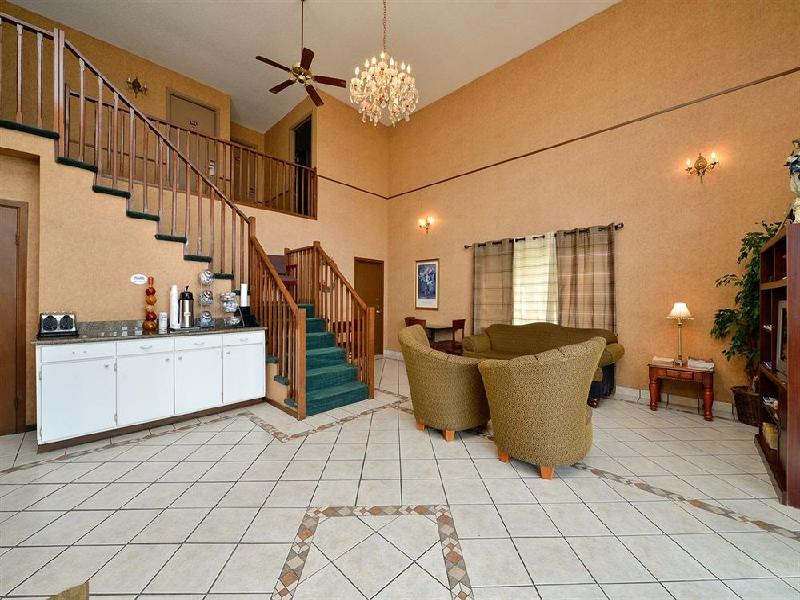 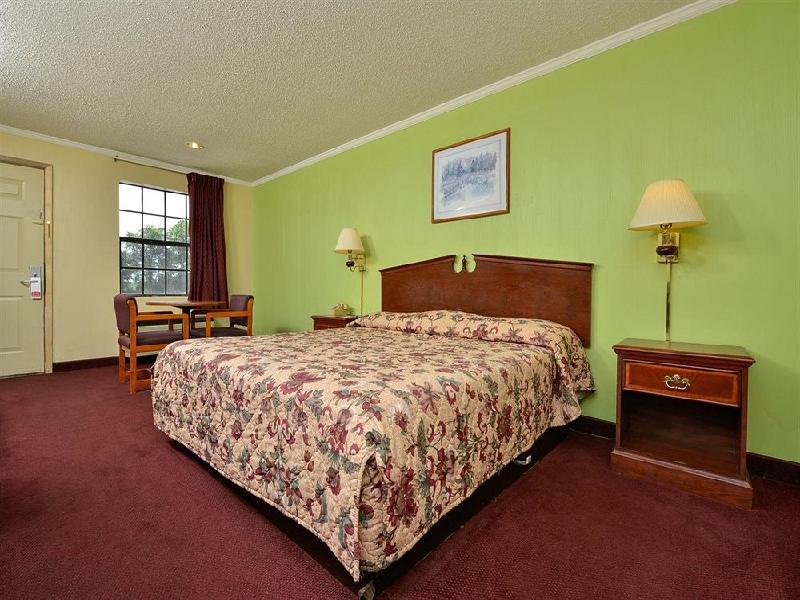 Room seemed clean but everything in it was old and worn out. Bed had massive butt dent, doors seemed like my fire department had practiced forcible entry on them. Tv was "fuzzy". Towels were about as rough as you get. No fridge, microwave, or coffee pot.

Not worth it at all

Went for father inlaws funeral, I had a $68 room which was a discount for being a rewards member... Well the gentleman in the lobby was super nice but our room had a smell which didnt really bother me but we didnt have a fridge, microwave, or coffemaker in our room... I atleast would would've expected that from a cheap $29 room but not almost $70 room, and I am a fan of Americas Best... I atleast expected a fridge. There was a microwave where the ice machine is however, we figured that out when we were about to leave and 'breakfast' was only cereal and a loaf of bread. But it was somewhere to sleep to get ready for the funeral which I do appreciate, its just way overpriced for the quality.. very disappointing

Room being watched too closely all I wanted was to chill with friends, cops were obviously called and not just a routine thing because it was more customers staying in rooms with guests just as well as I but cops didn't go to their door.

Not much selection in town. Pay $100+ for a "quality" or pay a little less for something lesser.

I expected a lot more than I got. Check-in was smooth, though the owner liked asking lots of questions.
The furniture was worn and soiled, the carpet was dirty, and the tub was stained. The bed itself appeared to be clean and the pillows weren't completely flat.
I was frustrated by the "free wi-fi", though. The network I was told to connect to never showed up on my phone. A different network showed up, but the password I had been given didn't work. I called the desk and was again told which network to connect to (the one that never showed up).
Bath towels were rough, thin and stained as if they'd been washed in muddy water.t not
There is also nothing to eat nearby: the Mexican restaurant next door looked like it had been abandoned years ago. To find anything to eat, you have to go 2-3 miles back into town.
Breakfast was a joke: 2 kinds of cereal (both pre-sweetened), plain white bread for toast, and coffee. No fruit, no yogurt, no bagels or any other kind of bread.

For $65 I really expected better. This place was "OK" for one night, but not by much. The most surprising thing is ABVI rated this location 3 out of 4 sunbursts ("exceeds expectations"). If this places exceeds expectations, then the company must have really low standards.

Due to graduation at the Fire Academy, all the decent hotels were booked. In hindsight I should have driven the 30 miles to El Dorado to stay in a cent room.

This place is terrible, do not make the same mistake I did and think it will be OK for one night.

Filthy dirty, stained bedding, turn upholstery on the worn out chair and ottoman, the metal door to the room was dented like someone had tried to beat it down.

And they tried to double charge me for the room.

This place should be condemned, whatever you do don't stay here.