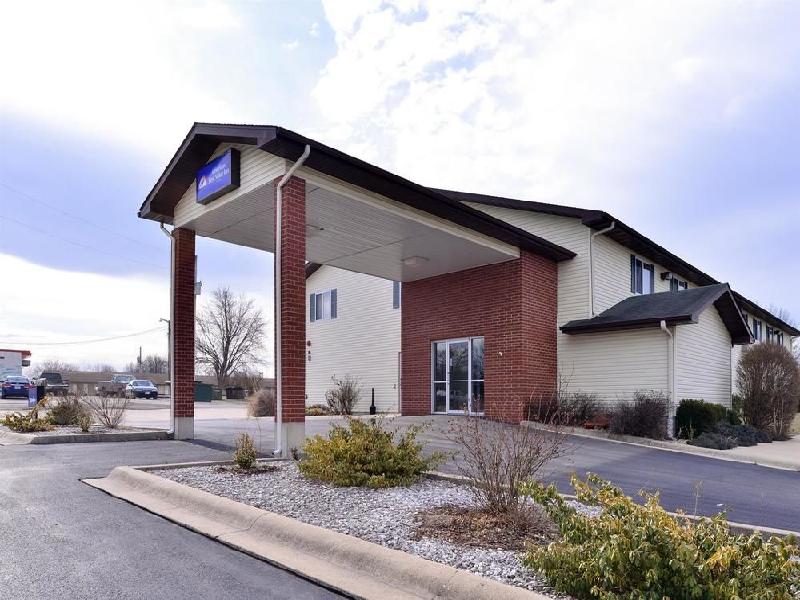 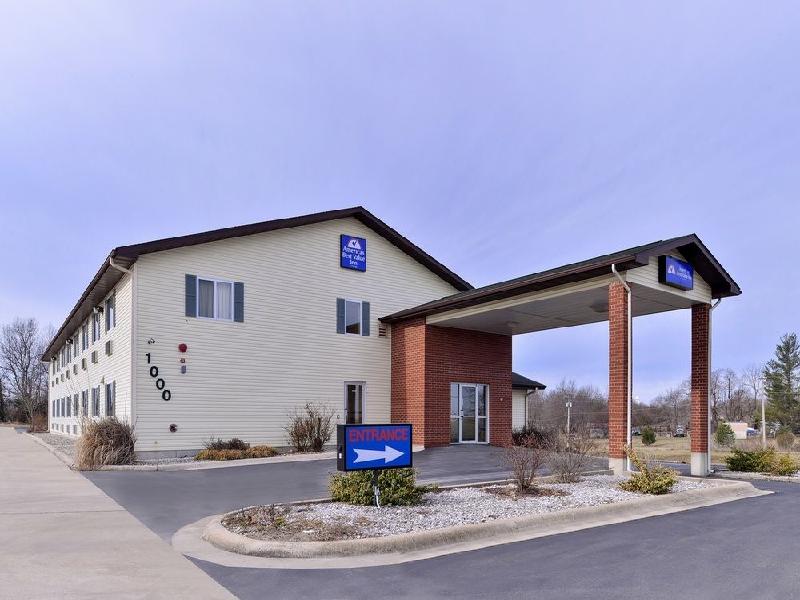 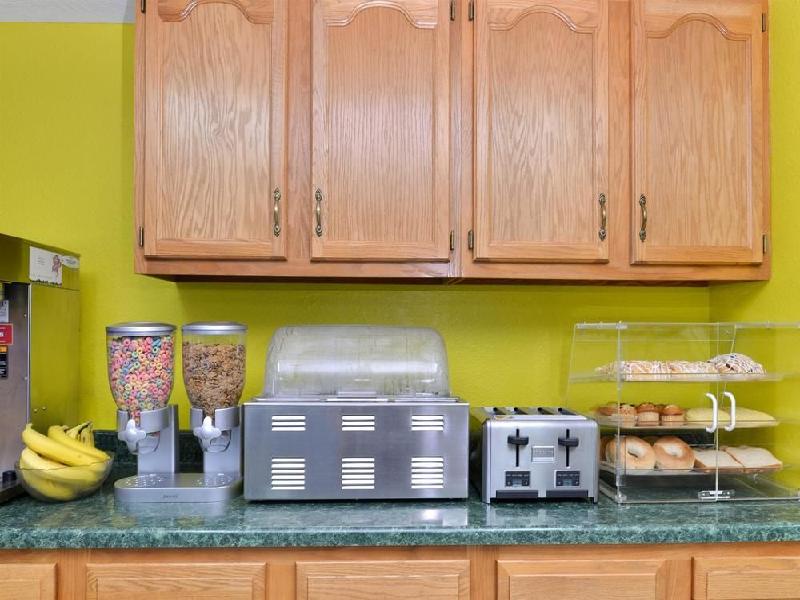 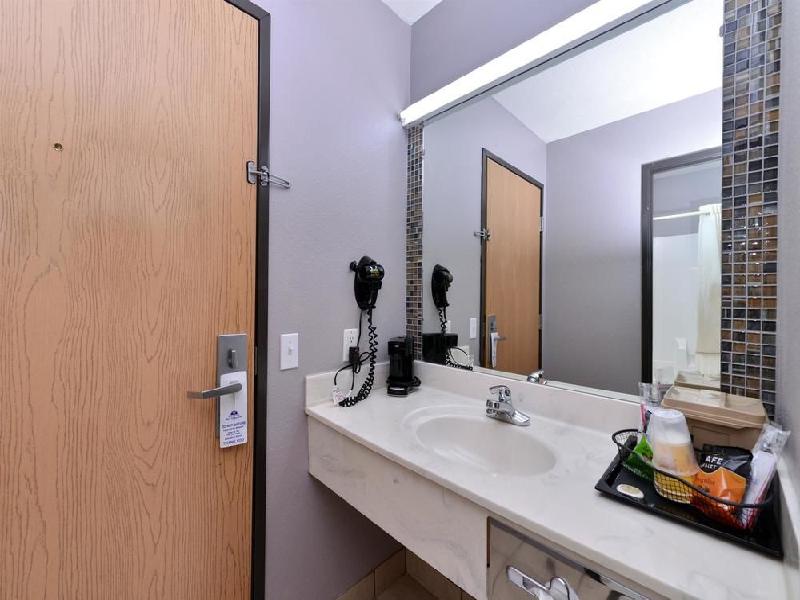 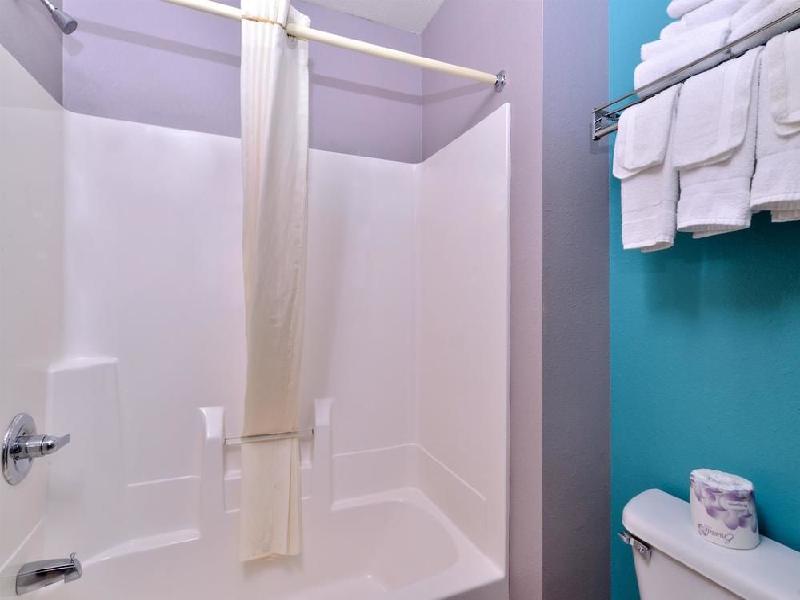 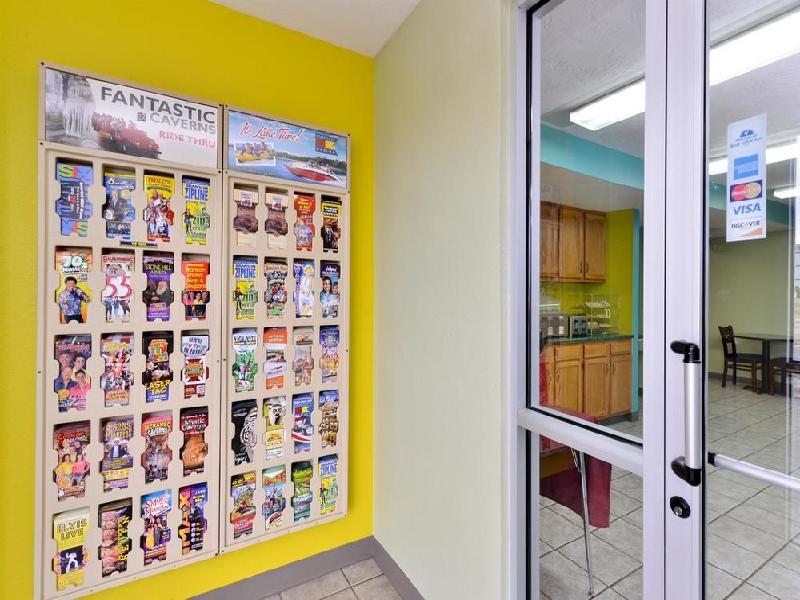 The hotel was basic. With the air conditioning running we didn't really hear the trains. The beds were comfortable. The only problem we had is food. Good restaurants are all 20 miles or more away and don't eat the hotels Continental breakfast. The milk was sour and the sugar had ants. Another guest described the eggs as cooked Sponge Bob.

Clean and perfectly serviceable; not for light sleepers

We were visiting the Laura Ingalls Wilder museum nearby in Mansfield and stayed here. The hotel backs up to the train tracks, which are used frequently for primarily freight trains. If you are a light sleeper, this could be a problem; I loved the sound of the train. The hotel is clean, provides shampoo/soap, and has decent-sized rooms. It's perfect for people who just need a place to sleep.

Just an overnight stay on our way to another city

We just needed an overnight room
Our room was clean and a nice size.

Three warnings:
1. The free internet was spotty and kept going in and out
2. There is a railroad track behind the hotel and it seemed like a train went by every hour complete with the train horns. We travel with a white noise machine, so we slept fine.
3. When I got into the shower, I almost fell. There is no traction on the floor of the tub and it was very slick. They need to fix this ASAP.

Stayed 2 nights here during the Jeep Jamboree. I was impressed with how well kept the hotel was, you can tell the owners care about the property. Check in was quick and easy, the family that runs the hotel are very friendly and accommodating. I'd stay here again.

Should rename the establishment to Keep Going On

Memorial Day Weekend, 2017. Read some reviews online and thought we would try it. We were heading west and if I had it to do over again would keep going to Springfield. The rooms were good sized, the beds were comfy and the place was clean. However, the showers were cold, and never warmed up even after four people took a shower. We had to be some of the first ones up as it was a Sunday at about 7 a.m. I told the front desk lady when we checked out about 9;30 and she got someone else who tried to convince me there wasn't an issue and it had been fixed. After a little arguing I got him to deduct some $$ off the price of the room. We originally paid $86, which included taxes. While the manager was busy trying to convince me that there really wasn't a problem with the hot water, some other guests who were eating breakfast in the lobby said neither they nor their friends had hot water either.
The breakfast was sub-par as well. The eggs were so disgusting I couldn't eat them and the coffee was extremely weak. There was no fruit either. The fruit loops did taste ok th9ugh. The orange juice looked like that "fizzy-bubbly" drink from "You don't Mess With The Zohan", so I skipped it as I don't tend to drink things that fluoresce. My kids tried it and said it was "gross".