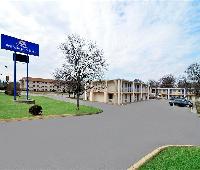 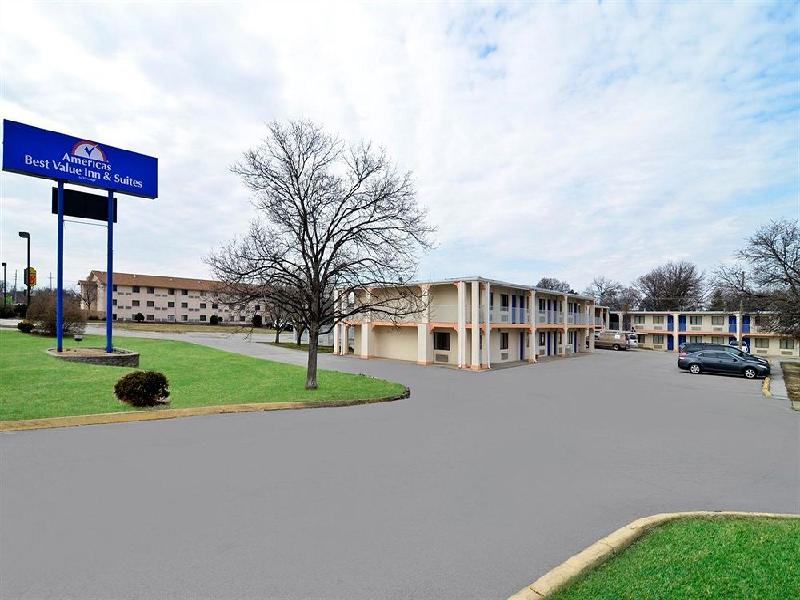 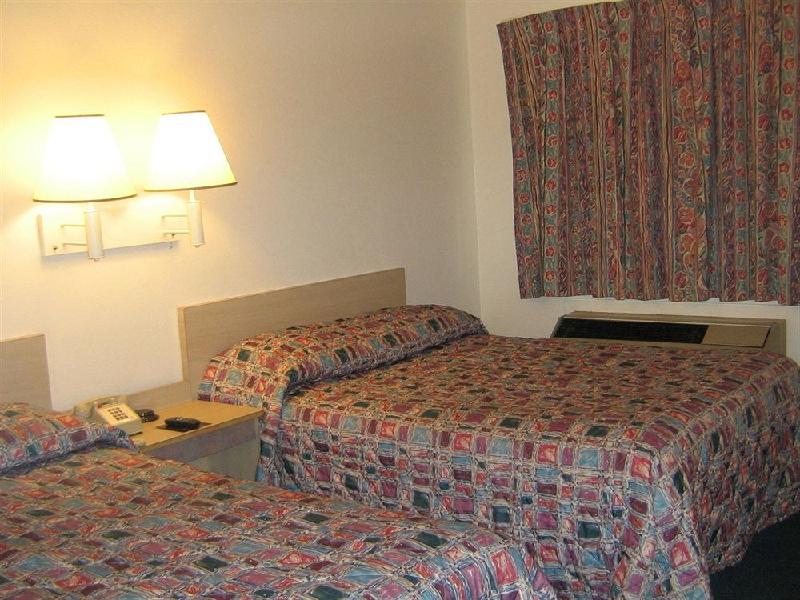 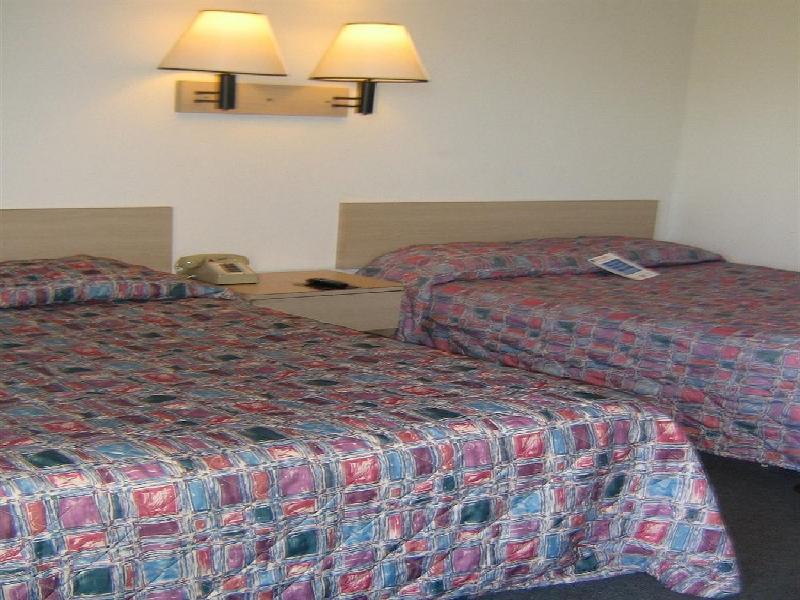 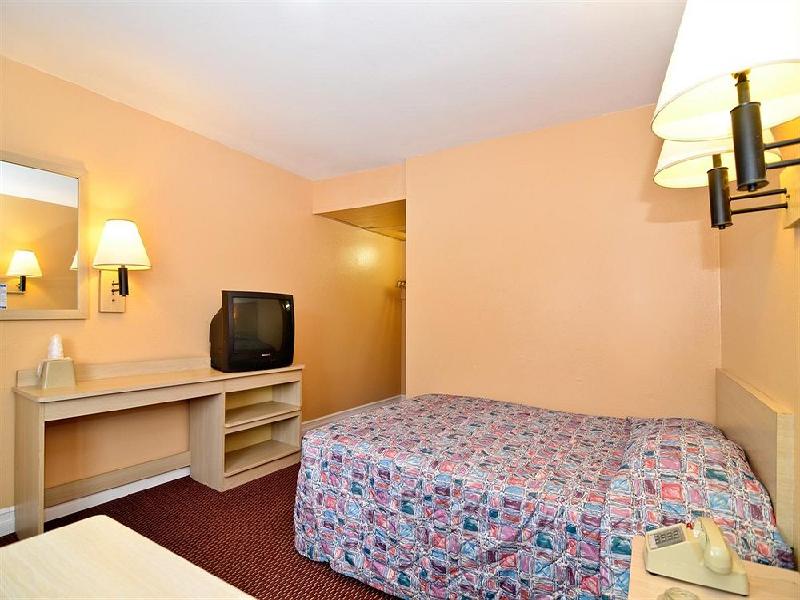 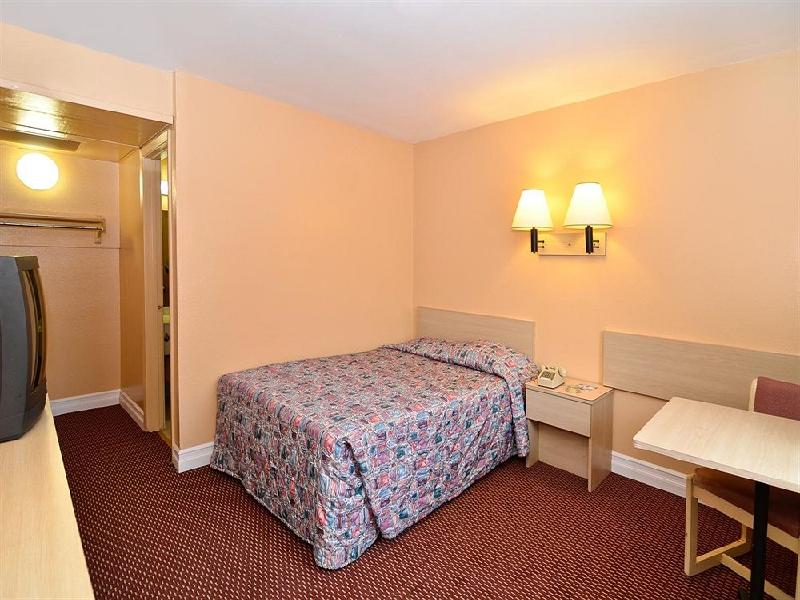 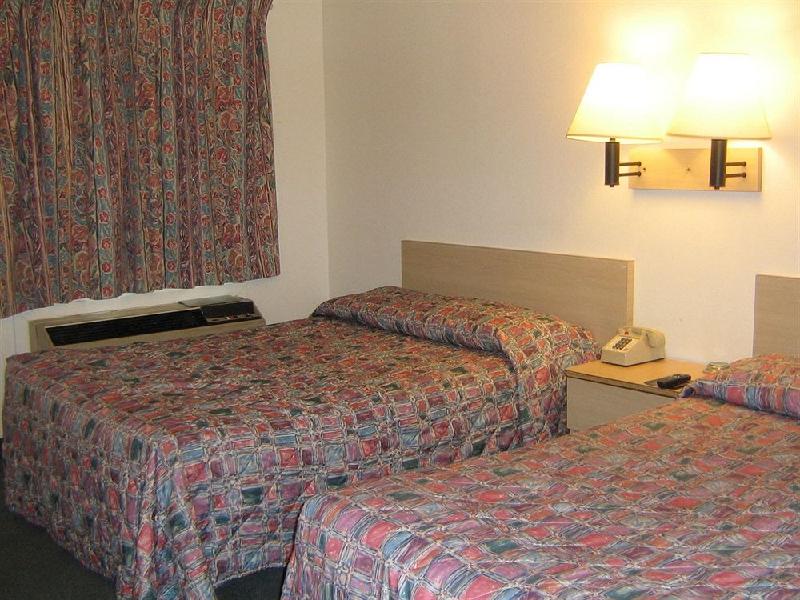 All in all, I was not happy with my stay.The rooms are shabby with everything needing maintenance work,and it was pricey for a one night stay in such a worn down building.I would have chosen one of the other area hotels fo1r the same price but there weren't any vacancies.In an emergencey situation and you need a place to rest I guess it isn't all that bad,but I would definately check out other arrangements before staying there again.

Should've went else where

Passing through early February 2016 Weather was bad so had to get a room. Woman at front desk was nice. But then we were given a room we or the maintance man couldn't get into. The 2nd room we had to force the door open. The room was so "Gross" dirty floors, dirty towels "thank goodness we had our own" LET'S JUST SAY THE ROOM WAS SO NASTY I DIDN'T EVEN WANT TO USE THE COMPLIMENTARY SOAP IN A PACKAGE!!

Probably the Worst Motel I've Ever Stayed In

The ONLY good thing about the motel is that the lady at the front desk was super nice and helpful. Unfortunately, the condition of the room negated her excellent customer service skills. Let's start with what the room didn't have: 1) Hot water. There was no hot water at all in the sink, and I let the water run for almost five minutes, thinking that it just took a while for the water to start getting hot. It never did. 2) No AC. The maintenance man came up to look at the smoke detector after it kept making noise. I asked him if he could look at the AC because, despite turning the temp on the thermostat down, no cold air was blowing out from the register. He told me that the AC does not work in any of the rooms in the building where my room was. He said that I could open a window instead. However, the window would not open. 3) No shampoo. I have never stayed in a motel in which there were no complimentary shampoo bottles in the room. I had to spend $2.25 for a travel size shampoo out of the vending machine in the motel lobby. 4) No microwave 5) No fridge 6) No hair dryer attached to the bathroom wall 7) no alarm clock. Now, let's turn to the topic of the bed. The bed was HARD and very uncomfortable to sleep on. The pillows were flat as a pancake. I woke up the next morning with terrible neck and shoulder pain because of the pillows and rock hard bed.

If you have any other option of places to stay OTHER THAN HERE, you really SHOULD stay elsewhere, even if it means paying a little more. First, it took almost 30 minutes to check in (after hours check-in). Next, the room was AWFUL! Bed sheets had holes, there was green mold growing all over (on the ceiling & in the shower), they had put tennis balls in the table legs to hold it steady, the cement on the balcony was cracked & crumbling...not to mention the stagnant water on top of the swimming pool cover. And you can't forget the couple in the room next to mine screaming obscenities while obviously engaging in "adult activities" as well as the smoke detector "low battery" chirp all night! A call to the front desk did no good, as the clerk was not very adept at speaking English!

got what is pad for

I was driving through and landed at the outskirts of St Louis. This place is not bad for the price. Although the place is older, it was fairly quiet, was able to some rest before I continued the next morning. Speaking with management, they are trying their best to get it into shape and be more accommodating to travelers passing through. Maybe the next time I drive through, it will be better. Wifi was good (good enough to check emails). Although they do not offer breakfast, there are several places in walking distance you can get coffee (Waffle House and Bob Evans).