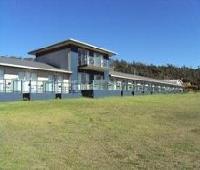 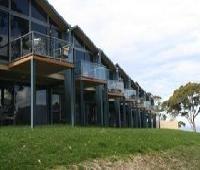 OK for a night

The room look really pretty and has a nice little balcony with a view of the ocean BUT, it is very small and the bathroom even smaller. It was very clean and had a microwave and refrigerator which was nice.The walls are rather thin and we could hear our "neighbours" moving around all night .

From the other reviews I didn't expect much. But we were pleasantly surprised. Very roomy, clean, all the necessary features and amenities. By far the best accommodation we had whilst holidaying through Tasvillas/ Tasvacations. Only downside is we weren't offered wifi. But the we enjoyed the view from the apartment and surroundings instead.

We were looking forward to our stay in Swansea as the accommodation appeared to be something we would enjoy. It had been indicated that we would be in one of the Villas but when we arrived that was not the case and we were put in a room albeit with a view above the dining room. The room itself was tiny, a bed and bedside tables, although there was a table with chairs on the balcony which would have been ok if the evening was warmer and it hadn't rained overnight. The bathroom was not much bigger than a toilet, except longer and this accommodation was the most expensive of all the motels we stayed at.

We stayed at the hotel, which is situated off the main street and has rooms overlooking the bay. It is a good location for visiting Freycinet National Park. The hotel had a For Sale sign. We had a friendly welcome and were offered useful advice concerning the town. The hotel is very dated. The restaurant was closed. Our room, which had a balcony with table and chairs, was small with a tiny, cramped bathroom. There were coffee/tea making facilities and a very noisy fridge. The bed was small, soft and uncomfortable. The bathroom and shower were clean, however the towel supply was poor. There was no wifi.

We checked in, were greeted by very unfriendly receptionist. Rooms were too small to swing a cat, this was after lugging cases up steep steps. Room was clean, however bathroom was so small,only one person to go in at a time, and falling over each other in pocket sized room. No room service, only one small soap provided for two nights. Definitely would not recommend to anyone who is not mobile. Have never stayed in place with such a rude greeting, or as small. Restaurant was not open at all during our stay.