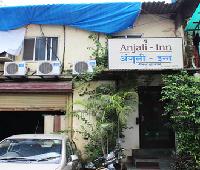 Plot no. 15, Sag Baug, Andheri - Kurla Rd, Near Mittal Estate and Time Square Building, After Shiv -Krishna Restaurant, Sakinaka,Mumbai,Maharashtra,India
Check in
Check Out
Visit our daughter who lives one year in Pune Claudia W on 17/04/2017 15:22

Centrally located at a distance of 5 kms from Domestic and 1km from the International Airport., Hotel Anjali-Inn maintains a total of 24 well furnished rooms to choose from. The hotel maintains a 24 hour front desk and a travel counter to arrange sightseeing tours and car rentals. Luggage storage and internet access facilities are also offered by the hotel. 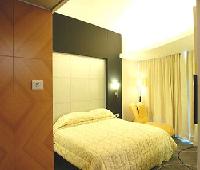 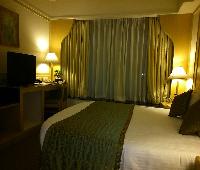 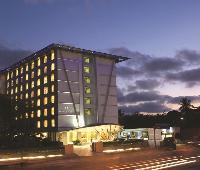 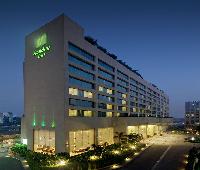 Centrally located at a distance of 5 kms from Domestic and 1km from the International Airport., Hotel Anjali-Inn maintains a total of 24 well furnished rooms to choose from. The hotel maintains a 24 hour front desk and a travel counter to arrange sightseeing tours and car rentals. Luggage storage and internet access facilities are also offered by the hotel.

Visit our daughter who lives one year in Pune

This homestad is very near to the airport. Between two flights we staid a few hours in this hostel. The owner recommended us where we can eat and how to come back to the airport. The best was the 24 hours breakfast service. We left the hotel at 2:30 a. m. Before we got a good breakfast with coffee, omelet and toast. That was a great service.

I stayed for 4 nights in October 2016 in the female only dorm. Only plus was the "caretaker" Bunty picking me up from airport so I wasn't ripped off by the rickshaws. And meeting other travellers which was fun.
- Firstly the female dorm shares a bathroom with the large mixed dorm next door - so it is NOT an ensuite - misrepresentation. The two dorms are separated by one door and a curtain of sorts. The door is always open so the guys can keep using the bathroom. The bathroom itself was a bit gross.
- The male staff kept just walking into the female dorm without announcing at random.
- They didn't clean or put new sheets for next person, simply tidied the bed and folded old sheet.
- They cooked breakfast for you at inflated prices for the quality but the shared kitchen was not clean. I was a bit sick at the time from residual delhi belly so I started just eating plain bread to save myself from further illness.
- Bunty was initially nice and helpful with suggesting places to visit, but frankly quite patronising - I was using a driver for my stay and had a second phone that I'd borrowed from a friend with an Indian sim card and he kept making "jokes" about it. Mind your own business please.
- the hostel is in an apartment block in a hard to find street. The neighbourhood doesn't look that nice but didn't have issues there at least.
- obviously it's India so the price was cheap but compare it to other places and for a dorm that's not even clean I'd say it was overpriced
- I just didn't feel comfortable there appreciate all these things felt worse as I was a bit sick at the time but I'm confident it's not a good place

Stay at Backpacker Panda instead

Probably the worst hostel I stayed at. The guy in charge (I think he was called Bunty?) was rude, the rooms were basic and he would turn the AC off all the time, the rooms are crowded and the standard is no good for the price. On my second trip to Mumbai I stayed at the Backpacker Panda round the corner which only just opened and it was a million times better.

Last Resort but close to airport

Anjali is tucked away down a rabbit hole in Wonderland. Auto driver had to ask directions several times. We had booked a private room but they double booked so we ended up in a mixed dorm. 650 Rs per bed, same price if we'd had the private room but we were only there for a night. Place has a good vibe but is poorly maintained and bathrooms are a disaster. Would be looking some were else if we are back in Mumbai.

just a decent and basic stay..dont expect much..

i just stayed here for one night.
its difficult to find it unless u have google maps..
common room ...gud place to spend some time with likeminded people.
over all rooms are not properly ventilated..
PRICE..
650 per night in ac dorm..pretty cheap in mumbai
WATER.
.they will charge for drinking water..mineral water is provided..
FOOD.
.no common kichen..but the staff cooks for some price..basic food..omeltte..u can walk and have local food close by
COMMON AREA..
decent..not ventilated ..you cannot party or smoke..its closed apartment.,,u can chit chat and spend some time..wifi..tv..board games..etc
WASH ROOMS..
clean but only 3 for 25 people..but manageable
LOCATION..
near chakala metro..far away from south mumbai the the attraction of mumbai..40 minute journey
STAFF
co operative ,,dont expect so much
OVERALL
if u dont have so much expectations and busy with ur schedule u can stay here..but dont expect this is place to chill out..but u can meet many backpackers over here..but go out and chill..3./5