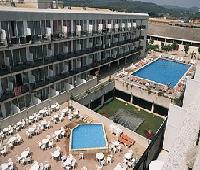 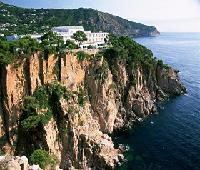 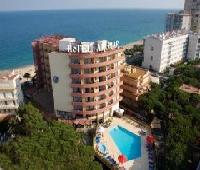 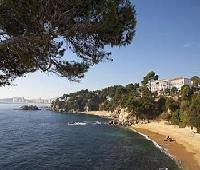 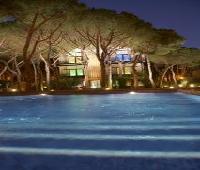 Booked this apartment for a weeks stay in Palamos. Reception were efficient but worked at Spanish speed - which is fine. Ideal location, just 2 streets up from the beach, which is clean and safe although sea deepens quickly. Supermarket 5 mins walk away - good selection. Apartment had a separate sleeping area with 2 single beds pushed together and a living area with a sofa bed. the apartment was clean but rather compact for a family of 4. Nice balcony. Nice bathroom with loads of clean towels delivered by the maid _ saw her 3 times in the week. Cant comment on the food as didn't eat here. Pool has a life guard which was good and about 40 sunbeds. No umbrellas but the buildings create shade at different points during the day. pool is large but fairly deep with the shallow end being approx. 3ft. Tiny splash pool for tinys. No pool bar - at least it was never open. Generally I would say good as a base to explore Palamos without any frills.

I'm only giving one star because the breakfast was good and the rooms looked nice upon first encounter. Other than that, I'd never recommend this hotel to anyone. In the four days that we were there, the wifi went down, the cleaning ladies cleaned our room ONCE; and that was after I had gone down to the concierge twice to insist that they come clean our room. Speaking of which, the concierge was extremely inconsiderate and rude when we tried averting them that the wifi was down. Another concierge gave us cheek when we tried getting passes to the gym. And considering Palamos is a warm city, you'd think they'd have air conditioning that actually worked. Instead, we were left to die in the heat and sometimes the air outside was cooler than in the rooms that were supposedly air conditioned.

When I booked the room, they promised us a mini kitchen, three beds and a living area. Instead, we were given a small two bedroom unit, but still charged for that original room. and they never gave us receipts, but still charged for extra parking even though we left two days earlier. It's as if the place was run by the Russian Mafia.
DON'T BOOK at this hotel.

p.s. I've stayed at over 5 hotels during this past year and this is the worst hotel I've ever been to.

This hotel is located at 5 walking minutes from the beach and 10 walking minutes from the old town. Our room is a huge suite with balcony and it's really clean. Since they don't have a parking place (the one you'd use is owned by a third party and is quite expensive), they suggest to bring our bicycles into the apartment; we leave them in the living room. Since it is quite late, we prefer to use the hotel swimming pool: it's in what you'd call the courtyard and is really big.

The breakfast is served in the restaurant room, which is big and clean, but not that pleasant as the rest of the hotel. The buffet is big and complete.

It was a real treat, considering that we paid 60€.

I stayed here with my partner for five nights in the summer time. We are both young and are not fussy about staying in basic hotels because we spend a lot of time out and about and travelling. The hotel is very nice and is well looked after, quite modern, clean and tidy. The room itself was also perfectly nice and spacious and clean upon arrival. However, the air conditioning does not work. The hotel claims (seen this in other reviews as well) that the air conditioning does work as long as the balcony doors are shut. Even with the balcony doors shut the air conditioning was pretty pathetic. You could hear it making a noise but could hardly feel any air coming out of it and the air that was coming out was warm air, not cold. This made it hard to sleep due to the heat at that time of year so that had a big impact on our impression of the stay. We also are not bothered about having our rooms cleaned every day or anything, we aren't fussy at all. However, it said on the website towels were provided for the stay yet we had a couple of small towels and we were expected to have these same towels for five days. Additionally, nobody came to even top up the likes of toilet roll so we had to go and ask for more. It was just a bit annoying as we did still fork out over £200 for the Aparthotel so it was reasonably priced but you would still expect air conditioning to work which is something that was advertised. It is a shame as the room was really great and the balcony was nice. They would be better investing more money in their air con and could afford to have their rooms more basic! I suppose it is an Aparthotel so perhaps the likes of towels and toilet rolls is something we should have thought about ourselves but we just went with what the website said! In terms of local area, really nice, lots of great places to eat and some super bars for tapas and cocktails! Would definitely recommend a night out in Pálamos and Castells is stunning if you want to do some snorkling!

The hotel has a good location close to the beach,to the shops. Room had air-condition which was very useful was too hot outside. Hotel has wifi only in the reception area otherwise you have to pay for it.