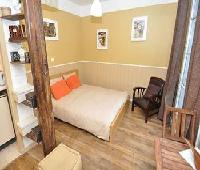 Property Location With a stay at Appartements Premium Montmartre in Paris (Montmartre - Sacre Coeur), you'll be minutes from Cafe des 2 Moulins and Moulin Rouge. This apartment is close to Arc de Triomphe and Notre Dame Cathedral. Rooms Make yourself at home in one of the 9 guestrooms. Complimentary wireless Internet access is available to keep you connected. 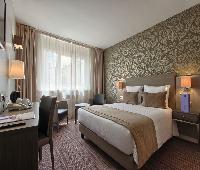 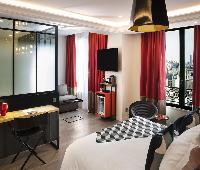 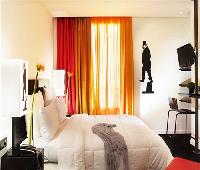 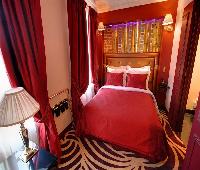 Property Location With a stay at Appartements Premium Montmartre in Paris (Montmartre - Sacre Coeur), you'll be minutes from Cafe des 2 Moulins and Moulin Rouge. This apartment is close to Arc de Triomphe and Notre Dame Cathedral. Rooms Make yourself at home in one of the 9 guestrooms. Complimentary wireless Internet access is available to keep you connected.

I stayed here for a week whilst visiting friends in Paris - the apartments are great examples of old Paris apartments. The apartments were clean and reasonably basic but nice, and in a great location. I would recommend this place though as it was quite comfortable and well priced!

Not what we expected in the slightest!!

Really really disappointed with our stay, I went by what the reviews said on booking.com and was more than happy to go with the chosen destination. The pictures were very deseptive, certainly wasn't as spacious as we thought and most definately not very clean. The pictures posted are clearly what were taken the day the appartments were decorated, looking very very tired. Bedding was stained, bathroom was tiny and I don't mean to be rude but if you are on the slightly larger side good luck sitting on the toilet. Overall the appartment was tiny, barely room to swing a cat, just glad we didn't have to stay for any more than 3 nights any more would have been hell. I am by no means the fussiest of people and will give most people and places a chance but this was highly disappointing and I would not recommend it unless you are desperate.

Last week I stayed in the apartment Constance, which is in a great location sadly this is its one redeeming feature (that is why I have given it the one point). Firstly I had read the other reviews before booking and the negativity was mostly to do with the service provided by the staff and I thought that for all the time I would spend dealing with them why would I worry. So I thought when I was writing a review I would just list all the problems with the apartment and people could decide if they could put up with them on their stay.

GENERAL
• I have stayed in Paris before so I was not surprised to see that the apartment was small, very small.
• Room is very dusty (pictured)
• The room has a strong odour of damp – this affected everything
o The bed covers were damp
o Our clothes smelt awful
o Our towels never dried
• There is an excessive amount of damp / mould around the windows (pictured)
• There are storage baskets around the place these are filthy and covered in mould (pictured)
• Shutters are so badly rusted that they cannot be closed (pictured)
• Paint peeling and flaking off the wall from damp (pictured)
• The apartment between this one and the street was totally gutted during out time there and 3 cracks appeared along the full length the ceiling as this was worrisome we have informed the hotel however I have no idea if anything has been done about this issue.

This is categorically the worst place I have ever stayed in, in any European city I will not book with them ever again!

The apartment is not bad. The staff is. To start with one has to pick up keys at a certain location and there is no mention of the fact anywhere in any communication to the real location of the apartment. Then, the first day we were there, there was a leakage issue. We are asked not to use the bath for half a day. The third day there was NO water in the whole apartment, not in the kitchen or the bathroom or the toilet. When i requested a refund for that days rental so that i could check into another hotel for the day so that i could shower my baby, they refused.
I had to buy lots of bottled water to survive.
Not happy with the people behind this, they were simply horrible to deal with.

Not what I was expecting

This was the first time I decided to try an appartment vacation rental and probably my last. The hotel to pick up the key was very hard to find even with an experienced taxi driver, it took him 20 minutes driving around the area. After that the staff was friendly and helpful but the appartment itself was dark and damp smelling. Not very spacious in the bathroom you need to be a gymnast in some spots and again damp and moldy. The area was amazing and the people wonderful very close to the metro and some great restaurants and bakeries but I wished we stayed in a hotel instead.