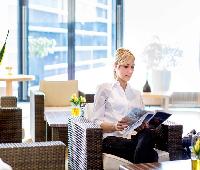 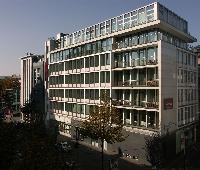 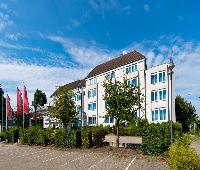 It's good but pricey

Peak season, high price, plus it was recommended we stayed there as it was the chosen hotel for the conference.

I got a room with no aircon which meant I had to leave a window open otherwise very stuffy and there's a lot of street noise especially late at night and early in the morning. There was also no fridge or kettle in the room.

Location is good as there's a supermarket next door and plenty of cafes etc around. The bus station is nearby. Quite a touristy area.

Said to be "the best in Aachen", but pretty ordinary.

This hotel is well located. It's right on the fringe of the old town and crossing the road gets you into the quaint areas and party zone.

The staff were nice too, apart from Mr. Passive Aggressive in the breakfast room (you won't miss him).

The rooms are indeed hot in the summer and I would not have stayed if the management had not changed my room to an air-conditioned one.

Rooms look clean if a tad spartan. Bathrooms are nice but showers are a bit small with slippery bases which might be a problem for old people, kids, and those who drank more than they expected to.

Wifi drops out every time you leave the building and requires a sign in again (sigh!).

Parking is handy but not cheap.

But I would stay again. Provided the price were still around the Eu100 to 120 mark.

Nice but hot in summer

Nice and modern room and bath, cozy and functional, but make sure during hot sommer days you get one of the rooms with Airconditioning. There was non available for me and I could not sleep due to the enormous heat. Good breakfast buffett,- moderate room rate, I would return,- in winter

It's ok for a short stay.

We stayed here for two nights. The rooms are are renovated and modern, quite large. There's Air-conditioning, a nice TV but mostly German channels. It was very clean when we arrived. The shower was pretty basic but clean and OK. I would advice against taking the breakfast, you can find plenty of place to have breakfast in the city for way cheaper.

Great hotel , very clean , everything that u need , friendly staff , local restaurants and sights close
By , shopping was also a treat (for the wife ) , would come here again . Parking underneath the hotel
But it's extra cost , breakfast was also great , wide choice , but again extra cost.