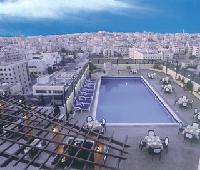 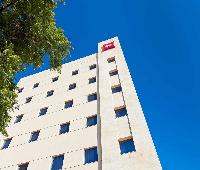 Stayed 2 nights at this hotel as a part of a group. This was one of the worst hotels we ever stayed.

We can accept the low quality food, but we can never accept such disgusting room. It must have been last changed sometime in the middle of sixties. Cleanliness is a very big issue there. Room was very dusty and the bathroom was disgusting, with hair in the bathtubs.

No Air Cond in April in 27celcius room

Stayed here three separate nights. First night was acceptable after having been through some mediocre hotels elsewhere in the region.
Upon return on second night, there were lots of smokers, congregated in front of our room talking loudly. Repeated complaints to front desk fell on deaf ears. We could not change room as the hotel was ‘full’. So beware of a heavy contingent of smokers in this hotel if you are a non smoker.
Overall, smoking is still quite prevalent in Jordan.
To access ATM machines, the Bank of Jordan has a branch on the main street about 5 minutes walk away but crossing the main street can mean taking your life in your hands! Use proper crossings with traffic light. Beers (with alcohol) are not sold anywhere except in ‘liquor stores’.There is one on the main street (turn left) on the side of the hotel about 15 minutes walk past a few Western Union offices. Beers can be pricey though.
Overall the hotel has long past its prime. Broadloom still prevails and AC is not on in April and with heavy ‘comforter’ bedding, it could get too hot to sleep. Try to ask hotel reception for a fan. The beds are comfy though...nicely firm but no hard board!
Overall, the impression one gets of the room may not be clean. Shower pressure is adequate. Thank goodness there is a kettle in the room. Do not drink tap water. Boil some water as drinking water.
Not sure what other hotels in Amman are like but this one may only have its location and its comfy beds as its only merits. Calls to prayer start around 430 am and there are a few mosque nearby.

We stayed here on the last night of our Jordan trip, there were no expectations. Clean bed though rather small rooms, given largish space and huge foyer etc. Interior was garish to our taste but maybe that is Middle East factor.

On the main road and close to Airport.

We stayed in this beautiful hotel in the middle of Jordan. We greeted with a smile with their reception Mr. Yanal. Very helpful. The hotel outside was a little outdated but inside was amazing. Beds was comfy and very new..we really had a very good sleep. Good amenities. Breakfast was outstanding.. it's a 4 star hotel but we treated like a Royals. Mr. Fares Sawalha was very professional and very helpful. I'm so amazed that he really organized everything! We asked for fruits and very attentive within a second the fruits were served.. Kudos for their Hotel Manager.. We definitely stay here again!!! Good job!

Takes getting used to....

I have given this place a 3 because it pretends to be 4 star and it's really not. I know this is the Middle East but that is not a reason to have such a sad looking place.If it had claimed to be a 3 star I would however have given it a 4 because the rather dull and characterless room (with a broken safe that noone came to fix and a non existent view) had a comfy bed good hot shower and a bathroom with such excellent ventilation that any clothes you washed dried overnight. The front desk men were all unhelpful to an extent I have never encountered anywhere else and unapologetic when explaining that their swimming pool was closed for repairs(why do that in the colder season when their outdoor one was also shut?) Only person there any good was the charming woman on duty the Saturday morning . Rooms were well cleaned and the breakfast perfectly fair, thanks to the efficient man whose name I forget who served me a bowl of fuul with all the extras and a great flourish on my first morning. If your tour company dumps you here don't despair, you don't have to spend time in the rooms that's probably not what you came here for, lots of places to eat outside ( but avoid the pizzeria nearby which although excellent I suspect of fleecing us as non arabic speakers in the final bill which we only realised after leaving, the only example of such behaviour we encountered in a week I hasten to add. )Plenty of shops and an easy taxi ride to downtown - at least it was quick on a Saturday. Don't expect too much and you may be pleasantly surprised.