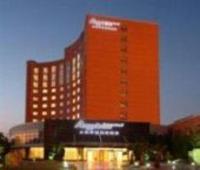 The Argyle International Airport Hotel Is A Brand New International Standard Hotel Conveniently Located Adjacent To The Hongqiao Airport With Easy Access To All Shanghai Has To Offer. each Of The 205 Designer Inspired Rooms And Suites Are Dedicated To Offer You A Comfortable Night Of Rest With Extensive Restaurant Bar And Conference Facilities. 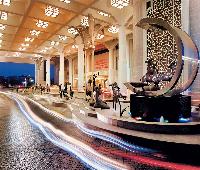 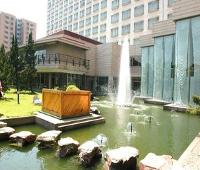 The Argyle International Airport Hotel Is A Brand New International Standard Hotel Conveniently Located Adjacent To The Hongqiao Airport With Easy Access To All Shanghai Has To Offer. each Of The 205 Designer Inspired Rooms And Suites Are Dedicated To Offer You A Comfortable Night Of Rest With Extensive Restaurant Bar And Conference Facilities.

Good place to stay near transport

we stayed 1 night, very efficient check in, room was good, clean n tidy, bed linen and towels were of a very high standard, 5 min walk to Metro, breakfast we found ok plenty of coffee, good selection of both western and chinese foods no complaints a bit on the pricey side but you get what you pay for would stay again.

I was at this hotel for 1 night and my review as follows:

1) Location:
It is about 5 minutes walk from Line 2 and Line 10 Metro Station (Hongqiao Terminal 1), only 2 stations away from Hongqiao Railway Station. We used this hotel as we need to get to the Hongqiao Railway Station the next day to Hangzhou. It was very handy. This hotel is just next to Mercure Hangqiao hotel, so, yea very easy to walk to the Metro Station. Overall, i think the location is good.

2) BUilding and Check In:
Hotel building is dated but is well maintained. Lobby is ok for a 3 star hotel. Check in was fast. But it was a bit funny I was asked to provide comments on the rooms during check in - especially when I had no idea how the room is going to be.

3) Room 1119
Room size is ok. It is overlooking the airport runway - hence the view of plane taking off is interesting. Room is clean and as what you would expect from a city 3 star hotel. Toilet is clean too. Overall, I have no complaints on the room. Even their mattress and pillows are quite comfy and ok. I did have a good night sleep at this hotel.

5) Buffet Breakfast
The spread is a bit limited for a 4 star hotel. However, there is a noodle station, fresh fruits cuts, brewed coffee, tea, cornflakes, congee. It is ok if you are not fussy. But the spread could be improved.

Overall, this hotel is good choice if you need to get to Hongqiao Railway Station or Airport the next morning.

I stayed there for 4 nights because as my company was exhibiting at a trade fair at the NECC.
The room was spacious and clean.
There is very little to do or see near the hotel and the only restaurant if the hotel one. I did have dinner there once and the food on offer was not great. The restaurant closes early and they do not seem to replace the dishes on the buffet once finished so if you arrive late, the choice is very limited.
Although the hotel mentions a spa, it was closed the whole time of my stay.

I needed a hotel for a one night stay near the Shanghai Hongqiao Airport and happened to pick this one - it had solid reviews and ratings.
It's main feature is location- as far as being near Terminal 1 of Shanghai Hongqiao Airport and subway line 10 - one stop away from Terminal 2 and 2 stops from the Hongqiao Railway Station.
Other than that, it is a very dated hotel that could use serious restoration in all aspects.
Breakfast was also very basic mostly catering to Chinese style.
Not one of the better hotels I have been to in China.

Stayed here for a over-night transit. The location of the hotel is perfect, just a short walk away from the airport. The rooms are comfortable and the beds belong to the best I have slept in China (and I have traveled there many times over the last 10 years). Staff was great and the breakfast was delicious (they had a great chicken dish and this was the first time I had salami for breakfast in Eastasia!). Overall, a great stay and will certainly choose this hotel again for my next transit.