Property Type vacation Hotel- Bed And Breakfast Hotel year Built 1965 year Remodeled 2010 ratings stars 3 Stars additional Hotel Description arnold Hotel Is A Nice Place For A Stopover For Exploring the Surroundings Or For Doing Business In The Region. the Breakfast Buffet Is Included In The Room Rate And wireless Internet Access Is Available In The Entire Hotel free Of Charge. all Our Rooms Are Non-Smoking And Air-Conditioned. A selection Of Rooms Feature A Balcony Overlooking The terrace. 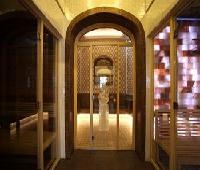 Property Type vacation Hotel- Bed And Breakfast Hotel year Built 1965 year Remodeled 2010 ratings stars 3 Stars additional Hotel Description arnold Hotel Is A Nice Place For A Stopover For Exploring the Surroundings Or For Doing Business In The Region. the Breakfast Buffet Is Included In The Room Rate And wireless Internet Access Is Available In The Entire Hotel free Of Charge. all Our Rooms Are Non-Smoking And Air-Conditioned. A selection Of Rooms Feature A Balcony Overlooking The terrace.

The rooms are clean but very old is the bathoom and a WC. Everywhere is rosty. The beds are very small and a foot-end is wooden plate with a Television. Enough place for somebody with 5 feet length!
The Breakfast would be ok, when you early startest, but at 9.30 a.m. is every hot dishes is very cold!
The personal is helpfull but in a good place for parking stand the oldtimer collection the owner.

The hotel room was average, no luxury, but complete. Therefore the price / quality ratio was good. People were very nice, everything I asked for could be arranged (extra umbrella, directions instructions, meal services). If you look for luxury, take the Kristaly Hotel, if you look for a fair hotel for a fair price, take Arnold.
Besides, Arnold is located at a real quiet spot. A nice small river with a water mill.
Negative point: At 8.00 am people started redecorating the room opposite of mine. That was quite noisy.

We stayed here for one night, the hotel was OK, the rooms were clean, most of the staff has been kind to us. We choose this hotel because they take small animals, so we brought our dog too and that's a big plus. The breakfast, in my opinion, was better then average. At checkout, we were asked for a little bit more money, then what we spoke of earlier, and also prices are a little bit high here.
After all, this hotel made a good impression, but was a little bit overpriced.

Remember when all hotels in Eastern Europe were like this!

If you want to experience what hotels used to be like in communist days - come here. We asked the strange man at the desk if we would be able to have breakfast. He said, what time? We said, early. He said, no. We said, late? He still said, no. So he wanted 30 euros for a room. OK. Not too expensive. The hotel was empty but we were given what seemed like the worst room, with bunk beds and smell of smoke. After a while I asked to be transferred to another room, with a double bed. We fell into a tired sleep. In the morning we went to take a shower with COLD water - it was snowing outside. We took our leave and I gave the strange man 20 euros, which was generous!!

Not as described in the Rough Guide, or the hotel's brochure

Just back from a visit to Tata for a friend's wedding - stayed 5 nights in Hotel Arnold. It's shabby and in need of a good upgrade. We were moved to another room after we complained about getting stuck in the shower (which never had more than luke-warm water). Although day-time temperatures reached 40 degrees (and it wasn't much cooler at night), the advertised air-conditioning didn't work in either room so it was pretty uncomfortable. Breakfast was from 7-10, but when we went down one morning just after 9, everything had been cleared away - though we were the only guests who were staying for more than a couple of nights - and they had to scramble around to provide us with breakfast. The hotel brochure also advertised a restaurant and an outdoor pool, though they had neither! Our main gripe is that we missed the wedding ceremony (the purpose of our visit)! We had asked the hotel to order a taxi and took their advice as to timing. However, the afternoon coincided with an annual mini-marathon which led to traffic congestion, and the taxi never arrived. This is an annual event which we knew nothing about, but the hotel did and should have allowed extra time. One member of staff and the chambermaid were very helpful and friendly, but there was another guy who couldn't be bothered and wasn't interested. It's a great shame because this hotel is ideally situated and could be lovely, and our Hungarian friends often have visitors looking for local accommodation.