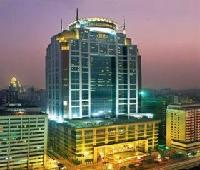 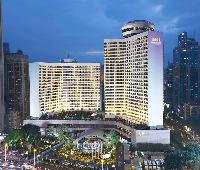 I stayed here for 2 days for an official business trip. Service was great. Hotel staff are friendly and accommodating. Plus you'll have your buffet breakfast in Guangzhou's highest revolving tower. Great to see the city's panoramic view above.

I stayed at this hotel for Canton. It's a bit far from the fair but the same is balanced by a dedicated shuttle service at varied timings.

The check-in was seamless but I found the security deposit of $300 a bit high compared to other hotels in the same price range. Anyway it was going to be refunded.

The concierge was ready to help 24x7. You will find taxis waiting outside the hotel all the time. But beware of their tactics. Once, a taxi driver didn't reset his meter and made me pay a lot. Unable to speak the local language, I was forced to do so.

For Indians, there's an Indian restaurant inside the hotel which is just Ok. I however found Sharmaji to be better which is at a 10 minutes walk from the hotel.

The weather was not that great with rain quite often. So, an umbrella was also available in the hotel room.

Overall, the stay was great.

this hotel for business and location is good and room is normal and in conton fair time is busy and breakfast in not good for other country people.and hotel cost is not so suitable for canton fair time

i had visit the Hotel twice...The hotel is very nice and stay was excellent , the hotel team was great except the reservations team are not much corporation incase if you need them, anyhow I still recommend the hotel specially for Honeymooners, Arabic families

The location is excellent . Next to Metro station and many restaurants. The hotel is great in general but rooms needs to be upgraded as the furniture is old. Staff were so helpful and trying to do any thing that you ask them to do. my friend had lost his mobile in the bus from the airport and when we arrived we told them the story. They called the bus station in the air port then we found the mobile. later the driver of the bus brought the phone to us in the hotel the same night.
I recommend this hotel to every one.