Contemporary And Entirely Renovated, The Astrid Hotel Situated In Rennes, Near The Train Station Is Pleased To Welcome You. The Hotel Offers Double, Twin And Triple Rooms For A Weekend, A Tourist Or A Business Stays In Rennes. You Will Benefit From A Special Welcome In A Quiet Environment Just A Few Steps From Shops. Cocooning Spirit And Simplicity Best Defines The Astrid. 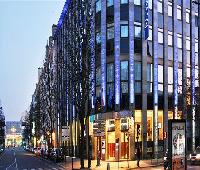 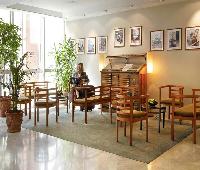 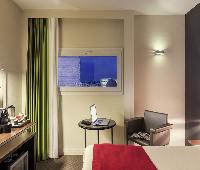 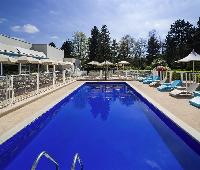 Contemporary And Entirely Renovated, The Astrid Hotel Situated In Rennes, Near The Train Station Is Pleased To Welcome You. The Hotel Offers Double, Twin And Triple Rooms For A Weekend, A Tourist Or A Business Stays In Rennes. You Will Benefit From A Special Welcome In A Quiet Environment Just A Few Steps From Shops. Cocooning Spirit And Simplicity Best Defines The Astrid.

I wandered around the train station area looking for a little hotel in which to get a good night's sleep and overcome jet lag. The Hotel Astrid entrance is on a little side street of a busy train station area with lots of construction going on (October 2016). I chose it because it is not a chain and had a nice feel about it, like someone really put effort into making it nice and comfortable. The manager doesn't speak English, which can't be held against her, because she lives in FRANCE. There was another English-speaking guy who was very helpful. The room was clean and quiet and the breakfast was wonderful. The English-speaking guy was still around in the morning and we talked about some interesting topics, which doesn't usually happen in chain hotels. They have one of those darling little elevators that French hotels have. They allowed me to store my bag there for a few hours after checkout. I would definitely go back to Hotel Astrid if I were in downtown Rennes.

One thing that I did not understand about any of the hotels in downtown Rennes is the price of the room in relation to the printed fee schedules on the outside of the buildings. They post fee schedules like restaurants post their menus in the window. I inquired in three hotels and their actual prices were all higher than posted. Why do they do that?

Convenient to the railroad station

Clean, effective room of average size. It’s easy to find; just walk across the square from the train station. (Look for the "Hotel Astrid" sign high on a wall visible from the station.) We walked to the historic center of Rennes with its old buildings, restaurants and cafes.

Decent location opposite the train station and on a quiet road with a lot of restaurants nearby.
Staff do not speak English, although one lady was quite nice and tried her best.
Did not take breakfast at the hotel so I went and bought bread from a bakery outside but I was told that bringing food to my room is forbidden and was made to eat my breakfast either outside or at the cafeteria, but I was not allowed to use the place-mats and utensils at the cafeteria. Situation was handled quite poorly by the morning staff came across as quite rude made me feel unwelcome, probably won't stay there again.

I liked this hotel. IT is very flose to the railway station, so ideál for making trips from Rennes.there is a Carrefour about 250 metres down the street, which is practical as well.
The stafd were nice and disn't laugh at my French. The room was ready and clean, nicely decorated.
On the small side, but okay. I'd appreciate an elektric kettle to make tea. Also, the blinds couldn't be pulled up xompletely, so the eoom stayed dark. I woudln' t hesitate to come again.