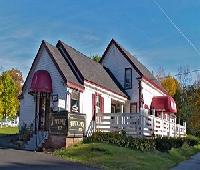 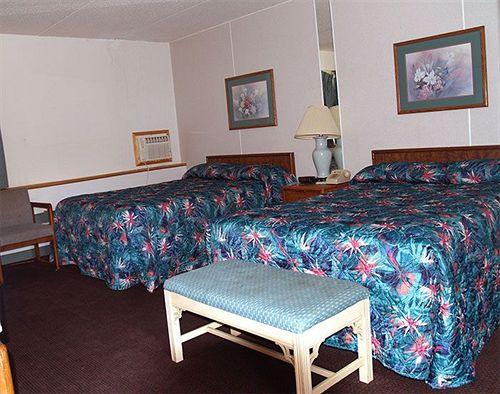 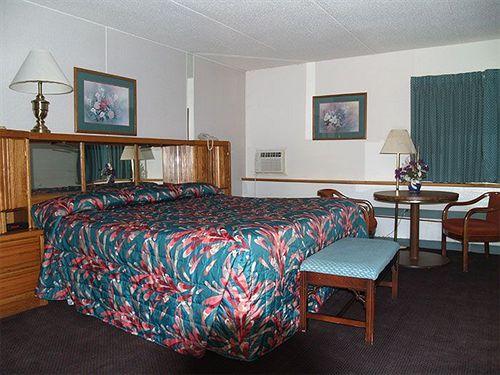 Not worth your money or safety

We aren't snobs about lodging and spending our money to support a small, local roadside motel is something we prefer over chains and overpriced boutique inns. Unfortunately, the Autumn Inn gives the little guys a pretty bad name.

We checked in around 1pm after driving from RI for a mini weekend getaway. We booked three rooms in a row on the first level. While we waited in the car for my boyfriend to check in, we watched a girl on the second level smoking up a storm outside the clearly marked non-smoking room, the door left wide open to suck in all the smell. Upon receiving the keys, we pulled into a parking space and as we struggled with the doorknob locks to enter the rooms, a couple on the second floor argued on their "terrace." They were, of course, directly above our room. I had the distinct feeling that there were more long term residents than guests.

Again, not being snobs about lodging and hoping for simply a clean room, the musty odor masked in air freshener spray was a disappointment. The room was dated, but we didn't expect much. We changed our clothes and headed off to hike and explore the immediate area. We were in the rooms for approximately 15 minutes.

When we returned about 4 hours later to get cleaned up and changed for dinner, I discovered that someone had come into our room and, wait for it... vomited in the bathroom sink. There was a small mesh drain cover that had been pulled out and left lying in the sink, and the vomit covered the inside of the sink, chunks and all. The smell was horrendous. We had left our things on the beds and did a quick check to see if anything was missing, which it wasn't.

My boyfriend immediately summoned the manager who came in to inspect the damage. He said that no one had been in the room. I spun off like a firecracker and said that the sink had been clean before we left, that we all used it and there had been no vomit there when we checked in. I suggested maybe his housekeeper had done it, to which he replied that he does all the cleaning himself. I repeated slowly that someone had entered the room and vomited in the sink. He wrung his hands nervously and claimed that the sink had backed up and that he'd clean it right away, which he did.

Needless to say, we were nervous about staying there for the night but hoped that the antiquated chain lock on the inside of the door would keep whoever came in OUT. No one came back, but the sounds of rushing and running water in the wall right next to my head kept me up at intervals throughout the night, as well as banging around from the arguing couple above.

Just not a good experience for us!

We got there about 7:30 p.m. After hiking all day! Very tired and a bit grouchy. Ate in our room and passed out about 10:30. 1:30 A.M. Smoke alarm went off. Just ours apparently. The gentleman in charge ( he was covering so his brother or cousin could take a vacation) was great! He came right over and replaced the unit. The whole drama took about30 minutes. I think we fell back to sleep around 2:30. At 3:00 some loud mouth woman in the room next door started screaming at who ever she was with. Jolting us once again out of sleep! This lasted 20 minutes! Upon checking out the gentleman in charge offered us a free night or half off the night we spent ( but, didn't sleep) . He was very nice and extremely apologetic!the room was clean, had a fridge and microwave. No pool. No hot tub. If you need to stop and sleep. You can try? That's about it!

Ok so I rated this place as 5 star - it obviously isn't a 5 star place to stay. The reason I rated it as 5* is because it is exactly what you expect for the price you pay and more! It cost us next to nothing to stay here for the night last night, we weren't expecting much reading the reviews - just a place to stop off on our drive to Niagara Falls.
We arrived and were welcomed by a nice man who was friendly and helpful. We got to our room and had cable tv, very fast wifi, a huge room, etc old fashioned but still clean - everything we had at our hotel at Boston the night before but at 1/8th of the price!! You can't pay pennies and expect a lot but this place definitely exceeded expectations so I think it is worth the 5* I have rated it.

Welcomed by a very nice Chinese gentleman who said he had owned this motel for 14 years (I think) sometimes I had difficulty understanding him.

Room was very basic but clean, TV was old with a big tube but it worked !! Towels and bedding clean but furniture with a unit with no drawer was in need of a facelift.

A decent continental breakfast with blueberry muffins, choices of breads (cinnamon and plain) and yoghurt, jams and jellies and orange juice and cider but the coffee was not very good.

Rustic Charm at its Best!

I arrived rather late one evening to meet a friend for a weekend bicycling excursion. As such when I rolled into Bennington, VT I first stopped at the main office to get the key for our room, the owner immediately came down and gave it to me right away. We then set off for our bicycling excursion, up mount Graylock - I real treat!!!!

The rooms do indeed have that 'rustic charm'. but they are incredibly clean and well taken care of