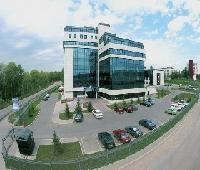 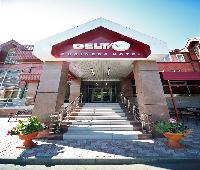 Names tells it all. Its for business men and not tourist -Poor reception poorer dinning hall.Hotel for avoidance,One very helpful fromt door man in green coat at entrance Breakfast poor.Next hotel we stayed so good the contrast was unimaginable.

P.S. Not all hotel personal applicable for a good behavior accordint to the clients!

Was given a room 308 and when I approached the door the TV was on inside at high volume which was quite strange, then when I opened the door there was a guest sitting on the bed in his underwear watching TV. I was embarrassed and so was the guest. I had to explain that this was the room I was given and it is surely a mistake by the staff. Then went downstairs and the receptionist just shrugged and laughed and gave me a room on a ground floor. I told her to call the guest to apologize for her mistake and I said to her that I had to apologize for the embarrassment I caused because of her mistake. I received none from the receptionist who if I am not mistaken was called Marina. In the evening after dinner wanted to have a bottle of beer and to my horror discovered that the fridge was turned off beer and other beverages were warm and it stank of recently departed dead rodent. There was no air condition so the stuffy nose and not much air on a warm summer night was not so enjoyable. Breakfast was a pleasant surprise and the staff at the restaurant was courteous. All the other receptionists and staff apart from the above mentioned were friendly. Would think long and hard about staying there again. The decision will be likely not to go there again.

Popular with Chinese tours groups visiting Lake Baikal - be prepared to jostle with them at the breakfast buffet. Rooms smallish. Baths have the European-style small shower that opens on the corner. Walls thinnish – can hear your neighbors talk, cough & sneeze. Good, fast wifi. No English TV stations. Location is close to airport but well outside of city center. Expect a 15 minute taxi ride to get to old part of city. Minimal English at front desk to be prepared to point & wave a lot.

The hotel is very near to the airport, so if you do not necessarily need to go to the centre of the city it's very convenient. The rooms are relatively big and well furnished, and clean. In my room the minibar (fridge) was constantly detached from the electricity socket, who knows why. Also relatively quiet on the 3rd floor, with the exception of some exuberant guest slamming doors. Rooms clean, but beware that sometimes the cleaning staff forgets to leave in the room some spare shower gel or soap. I tried also the turkish bath, that was clean and perfectly working: please note that you must book in advance to give time for the heat-up. The personnel was generally very friendly and eager to help, although not all of the employees at the reception possess a fluent English.