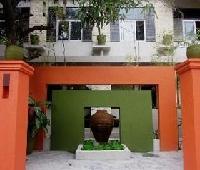 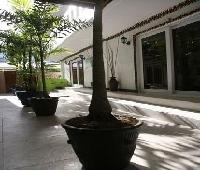 I book on this hotel for 3days 2nights thru online because photos and deals are promising.when we arrived in the hotel around 6pm the receptionist told us that no room available.how come since i reserved a room a month before my trip and they did not contact me that i will be transfered to another hotel that i dont know.worst part is manager not around to help and it took us 3hrs before we are transfered.worst experience ever.

Do Not Book this Hotel!!!

I tell you it was the worst experience! It was my first time to book this hotel for my sister in law thru travelbook.ph on April 5 for their 2 night stay from April 27, 2017. I was in Cebu when this incident happened.I've been to Boracay several times but it was my sister in law's first time to go there so I decided to get them a place near Dmall. Besides the pics look nice and the price is affordable. BUT MISLEADING!!! They were a group of 5 and when they arrived at the place, they were informed that the booking was cancelled by their boss at Bale Mi! The Boss was not there and cant be contacted as per the receptionist! How did that happen?!!! I got the email confirmation from travelbook and my credit card was charged!Unbelievable! I contacted Travelbook and made a complaint. They were apologetic saying they were also unaware! The latter said they will look for a new place to transfer her. It's Laboracay weekend so good luck! You can imagine how stressed I am trying to contact travelbook and my sister in law from time to time to check if they had been transferred. As per my sister in law, the receptionist admitted they were the second group that same day who was also told of a cancelled booking! How can Bale Mi do that! Travelbook agent took too long to contact her she waited for 4 hours for a callback so they decided to look for a place themselves as they are so tired from the trip, they came via ferry from Batangas the previous night! It was terrible! End of it, I demanded a refund which according to travelbook may take 10 business days or so. Ill never do business again with travelbook but I hope this place gets the karma it deserves!

Bale mi hotel is very close to bulabog windsurfing beach which is not the nicest or cleanest of beaches in Boracay.
It is conveniently located next door to the backpackers bar and resto so I went there for my food and drinks.
The rooms are a good size and are comfortable, a couple of things I will note is there is only a thin small blanket which I think is just a decoration and I needed it as I would wake up cold from the aircon which I couldn't seem to turn down, but I think the aircon issue was just the one room.
Also the outside sound comes in the room easily from the louvre windows, so if you are a light sleeper like me bring Earplugs or you won't sleep much, there is what appears to be a villagers chicken farm/rubbish tip to the rear which makes some noise.
Wifi was average sometimes went okay sometimes not.
All the staff were very friendly and helpful.
I would say this place is worth about 1200 pesos not 1500 per night.

We stayed here for 5 nights after moving from a different hotel on the island. The room was large with 2 double beds. The hotel is quite rustic so be aware that wildlife will find its way into your room!

The bedroom and bathroom were in the same room as each other - separated by a half height wall. This was fine as we're good friends and meant we were able to have a chat whilst one of us showered! But it isn't for the shy and retiring type!

The location is great for Bulabog beach (kitesurfing) and is probably about a 10 min walk to D'Mall and white beach. Only downside is having to walk through a MASSIVE puddle right outside the hotel which is pretty unavoidable!

Be aware that this hotel only accepts cash payment as we weren't aware until checkout and very nearly missed our boat and flight as had to run back and forth to the cashpoint in D'Mall.

I stayed at Bale Mi with a friend over New year's. We booked our room 3 months in advance via booking.com, where as name of the hotel they wrote "Zen Rooms Hotel". That is not the name of the hotel. So we looked over an hour for it, nobody could help us, because the "Zen rooms" does not exist. After one our and a lot of help from really nice people of other hotels we finally found it, it was already around 9 in the evening. When we finally got there, they didn't know anything about our reservation and told us, they were full booked. Only after getting kind of angry they offered us a room (suddenly they had one). The room was huge, but smelled strongly of mould. To our surprise we could stay in the room for all 3 nights we booked it.
Unfortunately (and yes, this was our fault, I wouldn't complain about it if everything else would have been fine) we lost our room key. They were very nice about it and told us we just have to replace the keys, which will cost us 200 Pesos. A day later they told us that we actually have to replace the safe as well, due to loosing the key to it, and it would cost us 2800 Pesos, also totally understandable and fine for us.
So when we checked out because we had to catch a flight from Kalibo we were prepares to pay the 2800 Pesos. Suddenly nobody knew anything, they called the management and they told us we have to pay 5000 pesos and also we still have to pay for the room, in total over 11.000 Pesos. Problem was, qe already payed for the room, it was charged on my friend's credit card. After almost 30 minutes of discussion we got to the point of just paying the 5000 for the safe and the key.
All in all I have to say, the people working at Bale Mi are really nice, but I feel awfully bad for them, because it is by far the worst management EVER! I would NEVER stay at Bale Mi again!