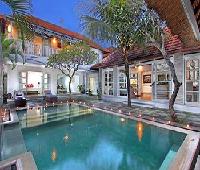 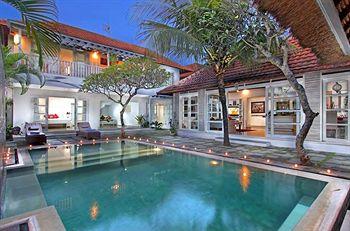 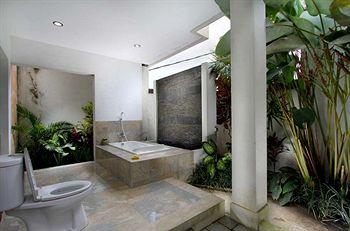 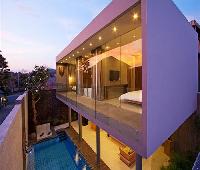 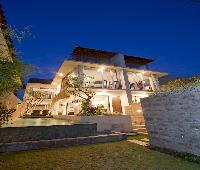 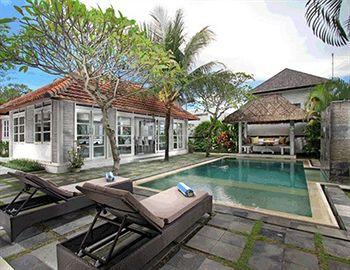 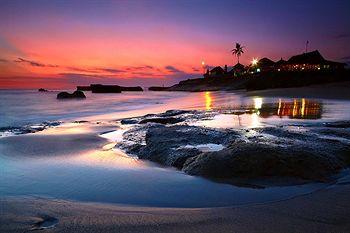 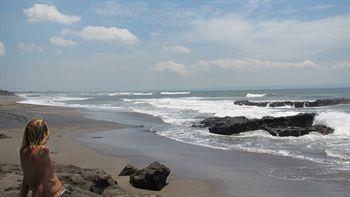 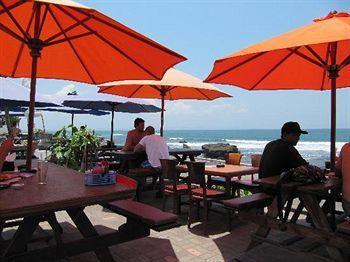 NOT RECOMENDED !! Stay somewhere else in canggu

As a Indonesian I will not recomended this villa unless you don't have another choice,as we are 10 pax its oke for the price and locations but the service etc was nothing I can tell good about it...no wifi no security,main doors to the rivate villa even broken and doors are not closed properly and yes this in horor specially if you stay with some kids,never ever again !!!!

in 15 years of Bali this was by far the most horrendous one. The house was in a condition which you should think about restructuring, nothing which was promised on the web site of booking.com was true. We had no Internet fro 3 days, the last three days we had no water, out of 3 lights 2 were not working, the kitchen was not working and for 3 days they could not clean up because there was no water. Ants are everywhere and if you want you can find all sorts of other animals too. Lets leave it like this, a desaster.

Great for friends looking to have fun.

Don't expect the royal treatment. I stayed at Kubu Rama in the largest villa (4 bed rooms + living/kitchen area) with a group of friends all around 23 years old. It was good for what we were looking for. Ants are everywhere except for your room...same with mosquitos but that's just Bali. AC was decent and was never uncomfortable in the rooms. Sitting outside at night by the pool is nice but bring bugspray or bug candles would've been awesome. Breakfast isn't much and nothing to write home about but it's convenient and always served when you want it. There is a good little sports bar across the street as well as ATMs and two stores similar to a 7/11 across the street as well.

The staff were extremely friendly and willing to help so long as they understood you (was never really a problem for us). I strongly recommend renting mopeds from the front desk and exploring the area.

The villa space was huge with an excellent layout, pool was great and location was spot on being near to the beach. Now I'll start with the bad stuffs - breakfast was monotonous, same American breakfast, cold even though we came as the guy knocked on the door. Villa for stay n eat was not properly cleaned, microwave oven had stains left by previous previous tenants, the bathroom has an outdoor theme, which did leave us not so good impression to stay there long plus the big bathtub. We stayed a lot of the time out at the pool so we got a lot of mosquitoes and ant bites there.overall, its great for friends who doesn't mind all these, goes out all the time and not for couples or family with small kids.

We booked two nights here, (and stupidly didnt look at the comments on tripadvisor first!)

The first thing that took us by surprise is how rude and arrogant the staff were. (generally Balinese are very friendly) After we checked in, we started to notice the 'cracks'.

Where do i begin........The villa is REALLY lacking maintenance, the front sliding door did not lock, there were mildew spots in the bedroom and the bathroom, the tap in the bathroom was loose, the benches hadn't been wiped down properly, the drain in the shower looked like it hadnt been cleaned in years!!! The kitchen utensils were FILTHY! There were mosquitos everywhere, Our sheets were dirty, etc. We asked the man on reception to change rooms and he said we weren't allowed and came back with 'clean sheets' which were also dirty!!!

The outdoor area is way too small (only a table with a bench) and the pool did not look appealing at all. There is nowhere to lay by the pool.

The villa also included breakfast, which was awful! We preferred to starve until lunchtime!!!

We stayed 1 night (yes in dirty sheets!!) and (after reading other peoples reviews on tripadvisor) We told the staff we had to leave for Australia on the second night so we could get a refund!

This place is extremely expensive for the terribly low standards and poor service it promises.

DONT GO THERE it is not worth the money.