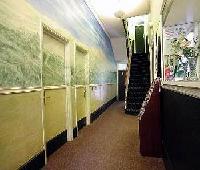 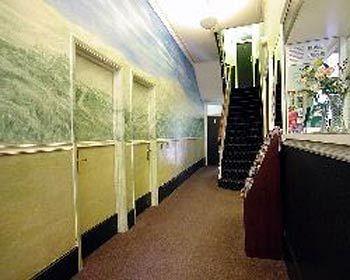 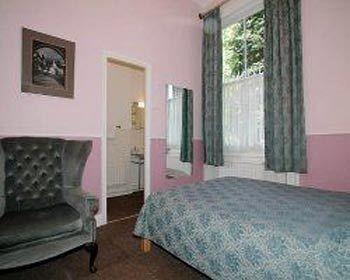 57-59 Philbeach Gardens,London,GB,United Kingdom 2 Star Hotel
View All
Check in 15:00
Check Out
Ok for a quick stopover avidtripper2 on 11 Apr 2017

Property Location With a stay at Beaver Hotel in London (Kensington - Earl's Court), you'll be minutes from Earl's Court Exhibition Centre and close to Royal Albert Hall. This guesthouse is within close proximity of Holland Park and Broadway Shopping Centre. Rooms Make yourself at home in one of the 38 guestrooms. Conveniences include direct-dial phones and safes, and you can also request irons/ironing boards. Rec, Spa, Premium Amenities Take in the views from a garden and make use of amenities such as an arcade/game room and tour/ticket assistance. Business, Other Amenities Featured amenities include complimentary high-speed (wired) Internet access, dry cleaning/laundry services, and multilingual staff. Parking (subject to charges) is available onsite. 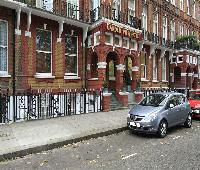 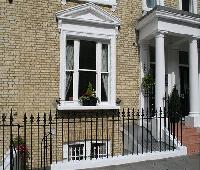 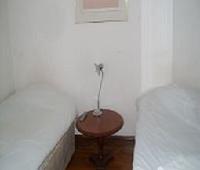 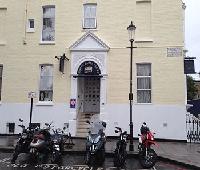 Property Location With a stay at Beaver Hotel in London (Kensington - Earl's Court), you'll be minutes from Earl's Court Exhibition Centre and close to Royal Albert Hall. This guesthouse is within close proximity of Holland Park and Broadway Shopping Centre. Rooms Make yourself at home in one of the 38 guestrooms. Conveniences include direct-dial phones and safes, and you can also request irons/ironing boards. Rec, Spa, Premium Amenities Take in the views from a garden and make use of amenities such as an arcade/game room and tour/ticket assistance. Business, Other Amenities Featured amenities include complimentary high-speed (wired) Internet access, dry cleaning/laundry services, and multilingual staff. Parking (subject to charges) is available onsite.

Ok for a quick stopover

I booked last minute and to be honest for £50 in central London I can’t complain too much.

The room was tiny BUT I didn’t spend much time in it so that was ok.

The sheets were clean as were the towels but the pillows were rock hard as was the bed itself. I like a firm mattress but it was like lying on slabs of concrete!

Also the heating was on absolutely full blast and you couldn’t turn it down so I had to sleep with the window wide open which wasn’t ideal due to noise outside.

The bathroom..if you can call it that. I opted for shared facilities as I knew I was just looking for a place to sleep but had I wanted a shower I’d have been out of luck! The bathroom was minuscule with just a toilet and ancient bath (with no plug & you can’t exactly enjoy a soak in a shared facility) it was clean enough though & there was a sink in the room.

I didn’t sample breakfast as I had an early train to catch so I can’t comment but the receptionist was polite and friendly and the communal areas although dated circa 1978 they were clean enough.

On the whole it wasn’t too bad but if you are looking for a comfy bed I’d maybe look to pay a tad extra and book somewhere with a decent mattress and pillows but for location it’s pretty good.

I have been many times in this cosy nice hotel where you can have rooms with or without en suite bathroom. Full English breakfast is included. Wi-Fi In the small lounge. It is run by a Polish couple. I have always found good welcoming and good quality-price relationship. I will go back soon.

Great location for an amazing price

First of all I have to say that I got some amazing deal from Booking and therefore had to pay only £140 for four nights (which is something unreal for London), so it also affects my judgement :)
The location is superb, the hotel is really easy to find and it is only a few minutes walk from the Earls Court tube station. The area itself is also great, it looks very clean and nice, full of white and red two-storey houses. What is more, everything is very easy to reach, the three museums (NHM, V&A and Science) are only one tube station away, and the trip from Victoria station to the hotel takes about ten minutes.
Room was rather small, but clean and OK looking. Wi-Fi signal in the room was poor, I had to go to the lounge for better reception. But it was no bother, since the lounge itself was rather interesting with a lot of stuff to do, plus my room was right nearby the lounge. There were two bathrooms on the upper floor (one with a shower and another with toilet only), which was convenient because both of them were never occupied in the same time.
What I liked the most was breakfast. There were a variety of meals and so many things to choose from, such as different sorts of meat for the scrambled eggs (from sausages to bacon). Plus the service was great and fast, the staff was really nice. I ate cereal, scrambled eggs with bacon and yoghurt each day, and it was enough to keep me full for the most of the day. Thanks to this I did not have to buy much of the terribly overpriced food in the city :)
For my next visit to London this hotel is my first choice, mostly because of the location and breakfast. Hope it stays the same!

A lovely friendly family run hotel, customer service was excellent.
Great place to use as a base, Earl's Court tube station just a 10 minute walk away which will give you connections to all the major locations.
I was only staying the one night as a Freelance photographer I was covering a fashion show in Fulham.
I had a single bedroom which was basic with washbasin, desk, wardrobe, telephone and alarm clock but all I wanted was somewhere safe to lay my head after a busy nights work.
The only thing I would of liked in the room was more sockets.

Stayed here for 3 nights at the end of July as I was working at a convention near by.

I stayed in a single room with a shared bathroom on the 2nd floor. The room was compact but very clean, with its own sink. The bed was made every day.

Negatives were there was only one plug socket ( I always bring an extension lead) and no TV.

There was a toliet and bath on my floor, I was told I could use the shower on the first floor if I wished.

Bathroom was always clean and tidy.

There was tea and coffee available in the basement until 11pm or 12pm free of charge.

The hotel is situated in a quiet street, and there is 24 hour tesco near by. The olympia convention centre is about 15 mins walk so great for conventions.

The WiFi worked fine for me streaming as I was only on the 2nd floor.

For £55 it was a great bargain. I would have given it 5 stars if it had TVs in the room, as I'm not a fan of watching TV communally after a long day.