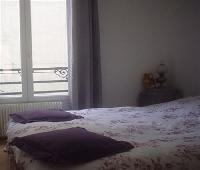 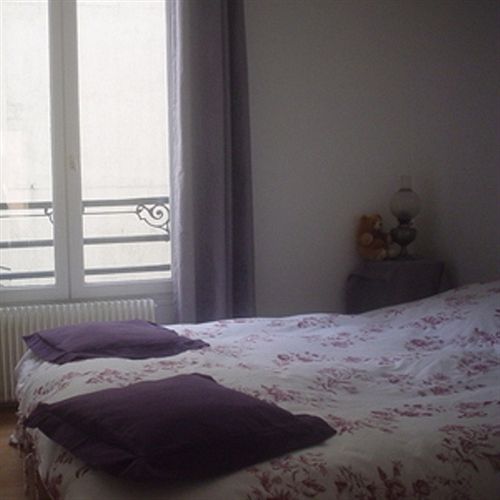 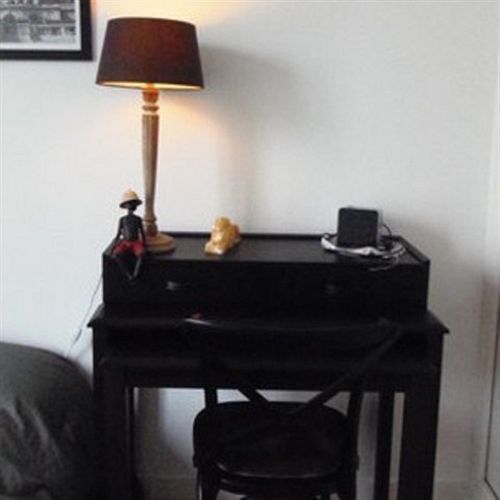 Property Location With a stay at Bed & Breakfast Lagny 2 in Montreuil, you'll be convenient to Begin Hospital and Pere Lachaise Cemetery. This bed & breakfast is within close proximity of Tenon Hospital and Place Gambetta. Rooms Shared bathrooms are provided.

Property Location With a stay at Bed & Breakfast Lagny 2 in Montreuil, you'll be convenient to Begin Hospital and Pere Lachaise Cemetery. This bed & breakfast is within close proximity of Tenon Hospital and Place Gambetta. Rooms Shared bathrooms are provided. 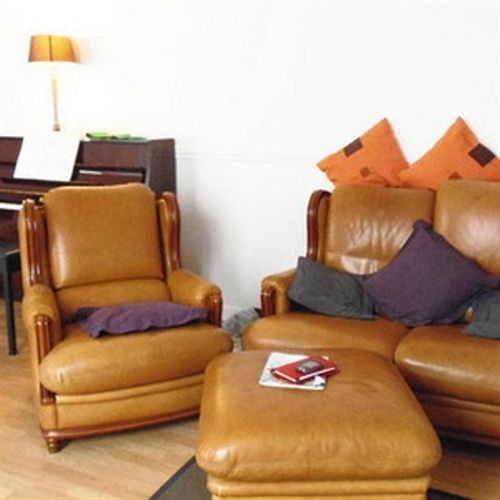 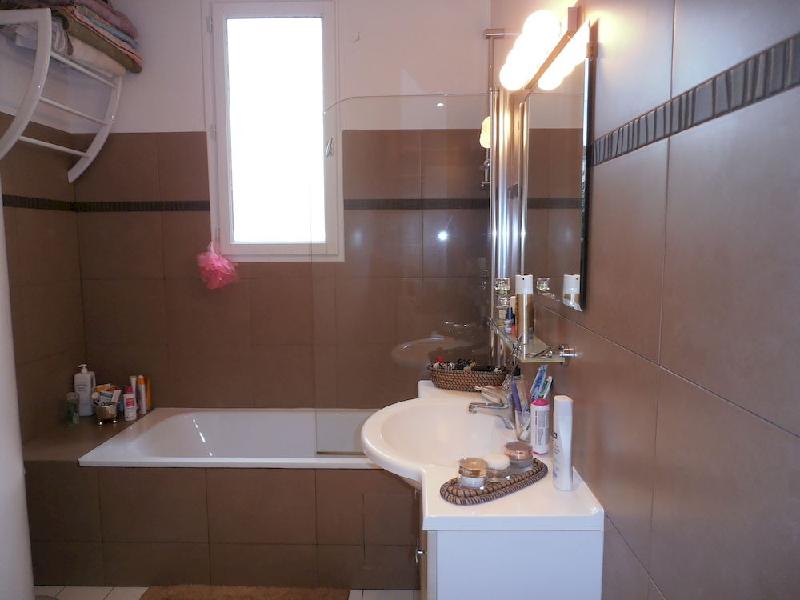 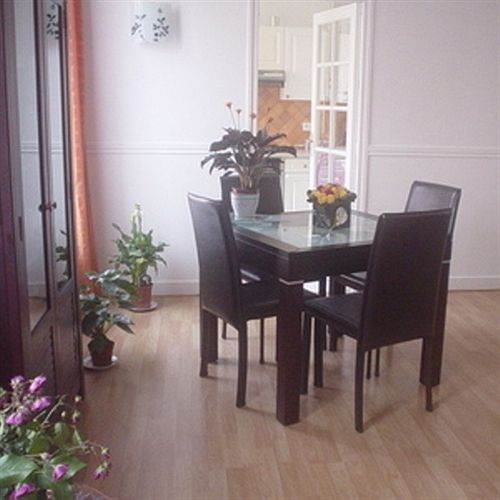 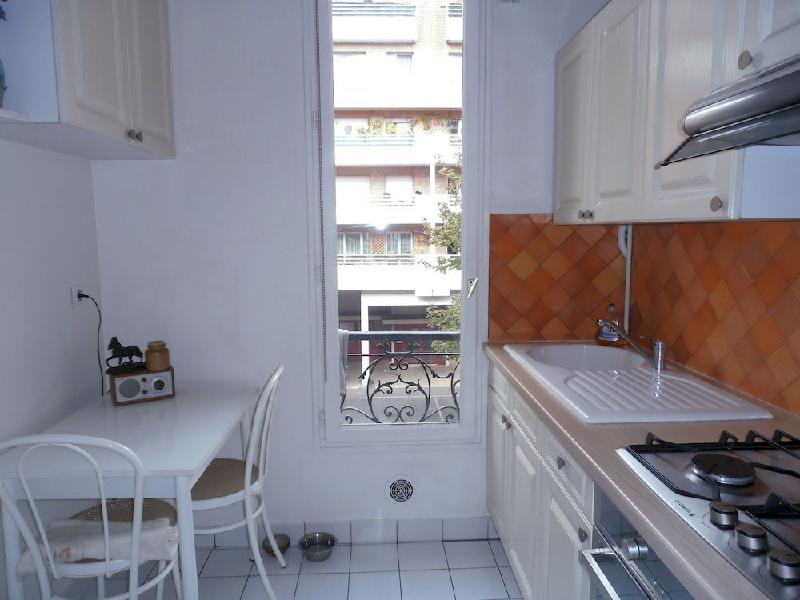 been to a lot of hotels in this area but this is the best up to now, went half board but changed to all inclusive for 192 euros for 2 adults and child for 7 days. room was on 1st floor overlooking the pool stage and all inclusive restaurant. food was good but could have been better. loved the steaks, duck, spare ribs, and crisps at night. tried every cocktail they made and loads of lager. ice cream was always available help yourself. the entertainment was also good each night and when that stopped the main acts were starting on the strip next door.13 bars in a row with top class acts. best acts were mister sister, dragalisious. hypnotist, parrot show, and chubby brown. going back as soon as possible.

Don't visit if travelling with friends

Do not recommended this hotel at all especially if you're a group of girls/lads. We came back at 5am very quietly and the security guard was absolutely vile to us. He chucked our shoes over the balcony, called us sl**s and forced us into our room (there's only 2 of us) We tried to ask to pay to keep our room on until 4pm as our flight was not until 9:45pm and they flat out refused telling us they were fully booked, however when we were sat about in reception waiting we overheard a conversation of them letting someone else keep their room on. Food was ok but nothing special and the staff in general were VERY rude most of them seemed like they didn't want to be there especially the ones on reception which is disappointing seen as they're the first point of call. There was also a language barrier a lot of the time. There's no room to store luggage so the reception is filled with suitcases and looks really untidy also meaning bags had to be left unattended. There were fag burns on the sofa and bed covers. Definitely wouldn't stay again and wouldn't recommend it unless you're a quiet family who enjoy below average food and being spoken to like rubbish.

My husband and I have just returned from 10 nights in Parque and would certainly recommend it as a value for money location in Tenerife. Staff are excellent - very friendly, helpful and considerate. Rooms are spacious and spotless. Location in terms of accessibility to beach, shops, supermarkets, restaurants excellent. Whilst the restaurant doesn't provide a huge range of food, we always found something tasty and certainly did not starve!

The only downside was the noise factor, which would be helped enormously by installing double glazed patio doors. There were a few nights we struggled with karaoke/pub singers (the word 'singers' used very loosely...), neighbours enjoying a few drinks on their balcony, and general nightlife in area (as in even earplugs were no match!).

I booked this hotel with a tour operator based on the reviews and what seemed like a good price. Reviews that say this is above a 3* hotel are delusional it's far from a 4* as some have said. The reception is nice and modern and was welcoming on arrival. The rooms are spacious with a kitchenette however they are very dated. The bathroom was really worn out with cracked tiles, water damaged door and skirting, and a shower that was a work of art to get the temperature right that was if water actually came through it!

We were on all inclusive and compared to other resorts this was disappointing, the drinks were in one small corner of the bar or in the all inclusive canteen area. If you want the local beer, naff wine or soft drinks its help yourself. Everything else you had to ask the bar staff who were generally ok. The food varied from dire to not too bad, but the variety wasn't great.

Lunch in the all inclusive canteen got rammed at 1pm with a queue out of the door for the lack lustre food on offer.

The main restaurant is nicely laid out for breakfast and dinner with the usual drinks machines and toasters and single serving area. Again the food was hit and miss, we ended up eating out a few evenings this is disappointing when you pay for all inclusive.

The other thing that I found a little disturbing was the lack of soap in some of the toilets around the resort but this seemed to be okay halfway through the week maybe they had run out?

The evening entertainment around the pool area was okay with usually an act of some kind and disco etc. The music goes on until midnight and can be heard in the rooms if you face the pool or sun terrace like we did. Our room overlooked the sun terrace that have bars underneath them that were open and playing music until gone 2am, so if you want an early night or enjoy a quiet evening this isn't the resort for you.

The location is great to get into the centre of Playa and a stones throw from the Hard Rock Cafe.

Overall we were a little disappointed but a holiday is what you make it and we had a good week away.

A pleasant but average stay

I am writing this review mid way through our holiday..
It is our first trip to playa de Las Americas and I would come back but not to this hotel .
I am on holiday with 3 older children . I would not want to bring my toddler here due to the lack of outside space and facilities.
The pool and grass area is much smaller than it appeared in the pics to me and the toddler pool is very small and crowded around it so I imagine it would be so difficult to get a bed .
The food is ok, quite a small choice compared to other places I've been but you won't starve and I've been eating healthily and not over indulging due to the lack of tempting dishes so I suppose that could be seen as a good thing!
The drinks are pretty good ,you get cocktails on the all inclusive which I've been enjoying in the evenings.
The whole place is quite small and compact .
The entertainment area is outside next the pool ,there is no where else here . The playground is very small and there are some quiter sunbathing areas for adults but a real lack of space I find.
The apartments are dated but fine ,no air con and our ceiling fan is very noisy but hopefully they will sort it today.
We have had no room service for the past two days but they said they are cleaning it today.
No mini bars or water in the room ,all inclusive is 8.30am until 11pm ,drinks outside this time are payable .
We arrived at 2am when we got here, would have been nice to let us have a drink of water? But there is a vending machine .
Day time entertainment just the usual games killer darts shuffle board etc ,seems a bit hit and miss.
Evening entertainment kids mini disco ,half an hour of the same songs churned out..
Then they have an act on which are ok but last night's was quite short and disappointing.
Five min walk to beach where there is an inflatable aqua park ,pedalo hire etc.
Loads of shops ,restaurants etc around.
I do feel I paid a lot for this hotel in terms of value for money but maybe that's how it is in Tenerife.