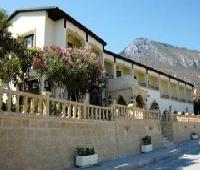 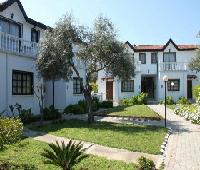 Bit disappointing since my last visit

I have previously visited here and gave it a glowing review, however I have just returned from another trip and unfortunately it does seem to have changed. I previously stayed in the hotel rooms, and this time I was in a bungalow.

We stayed in the bungalows, our ones were located above the restaurant which was a great location. Near to the pool and near to the restaurant for breakfast, dinner etc. We did not smell the food cooking at all in the rooms which was great.

All the plug points in the room are UK plugs which is good, however the location of the plug sockets was very poor. The only mirror in the room is on the back wall of the bungalow, however the plug socket is half way down the apartment so you are nowhere near the mirror. Blowdrying / curling your hair etc was a bit of a nightmare because you can't really see what you're doing because you're plugged in so far away. It is also not very well lit. Very bizarre.

There were no irons in the rooms - I find this particularly odd. We phoned reception and asked for one and were told they only had one for the whole complex and that someone was using it. We phoned the next day again and managed to get one on the third day of the holiday. However, the iron has a Cypriot plug so it doesn't actually fit in any of the sockets!? Really unhelpful. I phoned reception again and was given an adapter which still did not fix the issue. I gave up trying to iron my clothes in the end. If you are going to need to iron anything (which I should imagine alot of people do!) then bring your own travel iron.

The rooms we stayed in were quite dated. The stair banister was quite loose and wobbled. The shower taps on the wall in the bathroom were coming loose and wires could be seen poking out. I reported this to reception a couple of times to various staff members, but nothing was done. No-one even came out to check it was safe.

We also has a big issue with the lock on our hotel door not working. Every single night when we went to bed, the lock would not work. We would buzz with the room keys, but the door did not open. I reported this to reception who had to let us in to the room with a master key every single night, and one night had to take the actual lock apart to get us in. We were told a few times that it was our fault for not using the key correctly, and another night were told by reception 'what do you expect me to do, I'm finishing my shift soon?'. It took until the final night of an 8 night holiday to get the door fixed, this is unacceptable.

The breakfasts in the hotel are lovely and fresh cooked for you each morning, there is a massive choice and all were delicious. Quite often we didn't need lunch because the breakfasts are so filling.

The pool area is lovely and has had all new loungers put in which are much better than the old wooden ones they had. The bar staff and restaurant staff are super friendly and more than happy to make up cocktails for you that aren't on the menu.

My one gripe with the bar service was for a good few days of the holiday they ran out of various drinks, i.e. kopparberg, apple juice, pineapple juice. Again, I don't think this is good enough, if they had run out of items all it would take is for someone to pop to the supermarket until the new delivery comes in.

My final comment, if you don't like cats then you're best off going somewhere else. There are tonnes of them running around, including lots of kittens. I personally love cats so this wasn't an issue for me, but one of our groups really does not like cats and this impacted them in a big way.

Been here a number of times over the past ten years or so, and love the place!

Again, this weekend we had a very relaxing and enjoyable stay and everything - the rooms, food and, especially, the friendly and efficient staff - were as good as ever!

Now here comes the 'BUT'........the 'decision makers' here have rather sneakily changed the pricing structure, of the food and drink, from Turkish Lira to Euros and at a not very favourable - for the guest - exchange rate! As a prime example, a beer that earlier this year was priced at 9 T/L is now 3 Euros, which equates to more than 12 T/L - an increase of over a third, with everything else on the menu suffering similar increases!!

Obviously, if any business wishes to raise their prices then that is a matter for them (although a general increase of over 30% may be considered somewhat excessive!!) but I consider it very underhand to do so in this deceptive manner!!

This is our third stay at Bellapais Village. It is beginning to look a little tired and money needs to be spent on upgradng the hotel in general. Overall we enjoyed our stay and the staff were very happy and accommodating.

Location is perfect,Bellapais Monastery the highlight of my holiday. Alas i can,t rate the hotel any higher, i picked the Hotel as it was an adult only hotel and for a complete chillout. For me unfortunately, had no atmosphere or low key entertainment whatsoever, at one stage the hotel actually ran out of milk, and receptionist offered me some milk in a cup, although clean accommodation was dated.The advertised shuttle bus from the hotel only ran three times a day,the last one returning from Kyrenia town at 17.30!!!!!!!! you can only get Wi Fi in reception, or you can pay locally, this did not worry me, but may annoy some people, especially as other hotels its free.And lastly my biggest issue, that most hotels in Kyrenia everything is priced in Turkish Lira, The Bellapais was in Euros, anything you buy drinks,and extras is put on a bill, and you pay when you leave, i like to pay as i go, sorry just really disappointed. But even just a bit of background music would have been nice. Food was not too bad, breakfasts were especially nice.

Just returned from 10 days holiday at the Bellapais Monastery Village hotel - so relaxing, beautiful views. Stayed in a hotel room - which was very comfortable.
Staff are just wonderful - nothing was too much trouble. Breakfasts were brilliant - no buffet - all cooked to order which was fabulous. Restaurant food was brilliant too - sitting outside looking over the harbour in the distance.
Can thoroughly recommend a stay here if you want peace and tranquillity.