-the Entrance To Olympic View Is Located On Windmill Lane. the Development Is Approximately A 5 Minute Walk From The entrance/Exit Of Stratford Regional Station- Which Services the Central Line- Jubilee Line- Docklands Light Railway And national Rail Netw 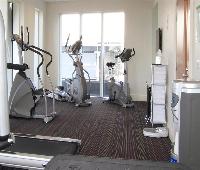 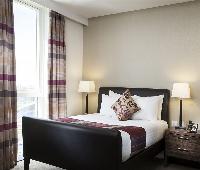 -the Entrance To Olympic View Is Located On Windmill Lane. the Development Is Approximately A 5 Minute Walk From The entrance/Exit Of Stratford Regional Station- Which Services the Central Line- Jubilee Line- Docklands Light Railway And national Rail Netw

Who knows what it would have been like had they actually honoured the booking!

Booked this 10 months ago for the athletic world championships next weekend. Had a phone call a week before to say that due to "maintenance" they would have to relocate us next weekend and that all the bookings for next weekend have had to be changed. Strange that you could book the apartment for the night before our stay and for the night after and that the rates are nearly double what we paid. To make matters worse the alternative offered in Canary Wharf was £200 cheaper if booked separately, needless to say we were not offered the cheaper rate. As we managed to get alternative accommodation in Stratford, we may well swing by the appartments next weekend just to check how the "maintenance" is going. Have used Marlin before, but will not use them in the future.

I booked a one bed apartment last August as I managed to get tickets for the Athletics this August. I received a phone call yesterday telling me that the apartment was no longer available due to maintenance! I was offered alternative accommodation but it was quite a distance from the venue and would have been very inconvenient!

I now have one week to secure alternative accommodation close to the venue. I do not understand how the company did not know that this maintenance was taking place and to notify me with just a week to go is not acceptable!

I would not book with this company again and would advise caution if you chose to book as you could be let down at very short notice!

Happy about the service provided and the hospitality.

Mohammed is the best chap I have ever seen. I have been visiting UK quite frequently and staying in different apartments and met with various supervisors but Mohammed is best in all of them I have met. He is very down to earth and attends each requests raised by customers.

He is very dedicated n workoholic.

Great location - near a transport hub

Stayed for a week in July 2017, two bedroom apt on 1st floor - location is excellent for transport links- very short walk to tube and station/ also very close to Stansted Airport Coach drop off point (3 min walk) . Stansted express trains go thru Stratford also.
Apts are right beside the mainline train - so regular train noise ( you get used to it rapidly) but means if its warm and windows are open its v noisy. No aircon - a prob as the apts are very hot in summer . Pedestrian entrace via a secure gate beside the pub on Angel Lane. Only basic TV, anything extra costs more. Beds v comfortable, showers good, bathrooms unventilated so v hot also. Desk staff good ( we had v little interaction with them to be honest) Left luggage was good on our departure day. Apt was not serviced while we were there, not a prob for us but might be for some. ( emptying bins would have been good, and extra toiletries) We had plenty of towels however. It was very clean when we arrived.
Dishwasher was good, dryer less so( needed a few runs to dry a small load) . large fridge freezer, good kitchen , well equipped. extra storage in hallway inside apt door ( as second bedroom is small - box room really, but fine. Ensuite bedroom was slightly larger. Overall, great location - 3 min walk from tube, central and jubilee line DLR. Westfield shopping centre ( vast - I;m not impressed by shopping centres but this one was an event) nearby, as is the olympic park. Handy morrisons in centre of ( old) Stratford nearby also. Also very close to Maryland mainline station, which is often faster and simpler if going to central London or eastwards into Essex. Don't be concerned its too far from central london - its not. Ideal for Canary Wharf also - kids liked the DLR overground down to Docklands.
Stratford itself is a tale of two towns - the gleaming highrise new part , and the older more down at heel but real older part. The Old Stratford centre has the Lidl, a good internal market stall array & the newer Westfield has the Waitrose. You could concievably eat in Westfield centre every day for a month and not visit the same restaurant twice.
You access the gate by the pub with a fob, or they buzz you in ( desk is manned at all times) . If walking, go in tis way, as the other access is around the corner, and takes longer ( if you have a car, or in a taxi you access by the long way) . Bus passes the gate also.
There was a 'free' mobile phone in the apt, but it did not work. You needed to switch the cable on the TV to use the DVD player. Small details like this could be easily fixed.

The apartment I was in was quite worn: scuff marks; old appliances; the iron's plug exposed a bare live wire; the kick boards in the kitchen all fell down when I shut a door too hard. The room was sweltering hot but if you have the windows open the sound of the trains is unbearable. You can pretty much see the whites of the eyes of the passengers, it's that close. Having said that, the trains do seem to stop between about midnight and 5am so some sleep is possible. All the staff I encountered were lovely and went out of their way to help. All the studio apartments are on the train line but it was fully booked, so I couldn't move rooms. I wouldn't stay here again simply for the noise. It gets one star for location and one star for lovely staff.