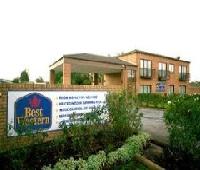 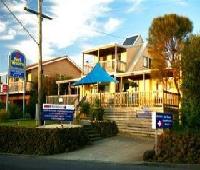 I booked this motel 2 nights; it was walking distance to the football stadium. I arrived Thursday at 10:30 pm after a train trip from Melbourne, but I found the front desk closed for the night. That caught me off guard; I assumed every major hotel chain (or smaller) was manned 24 hours. I had to walk through town in the rain and fortunately found another hotel to stay that night. I found my credit card had been charged for two nights. The next day after 11 am I went to the motel and told the clerk about my situation and requested a refund for the previous night, but she told me there had been a spot where I could pick up my key (I was not aware) and I would need to talk to the owners later that day. There was nothing in any correspondence I received by e-mail, nor on the web site, that the front desk would be closed late at night and I expected a refund for the first night. I checked into the room and went back into town for the day. When I got back, the owners had gotten wind that I told the day clerk, and the male was unreasonable and told me I should have known to pick up my key that night and he would not refund me. Fortunately, Linda did refund me for the first night and I appreciate her doing that. As for the room, it was more similar to a Motel 6 in the states than the Best Westerns I have stayed at; basic. The bathroom was a bit tight and TV a bit slow to change channels. I did have a similar situation in Melbourne where the front desk at the hotel I stayed closed at 6 pm but I was made aware of that in advance. But I wasn't aware when I got to this motel in Geelong and it could have been very dangerous had I not found another hotel. In the future, I will always stay at hotels that I know have 24-hour reception.

Hidden Gem and so Close to the Footy!!

The close proximity to Simonds Stadium was my reason for choosing the Best Western Admiralty. Lucky for me, it was a terrific choice.
The friendly reception was very welcoming. The room was, well, roomy, had everything I could have needed. I went for an afternoon walk and was entertained by the historical architecture in the neighbourhood as well as assortment of interesting shops.
As quite a few of the guests went to the footy as I did I was worried about security and noise after the game. The room was so quiet I didn't hear a noise until my alarm woke me in the morning. It is the quietest hotel I have ever stayed at, without a doubt.
They next morning I took advantage of the Breakfast Room, another pleasant surprise. Yummy breakfast at a very reasonable price. Decent coffee - no instant.
The staff couldn't have been more helpful. I want to stay again.

King size bed, very clean, the hosts were magnificent even when we arrived late they offered to cook us a meal, right on the edge of the city shops. The hosts even put the heater on for us as they knew we would arrive late.

Excellence in every service and convenience at a very reasonable price. Also offer seniors and aged over 55 special rates. best place we have stayed in Geelong to date. We will definitely here book again.

Stay here at least 2 times a month and always find these rooms to be beautifully appointed with some of the most comfortable beds I have ever slept on.
Bathrooms are some of the best designed and functioning ones I have seen.