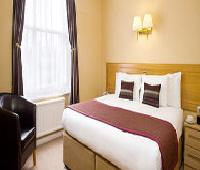 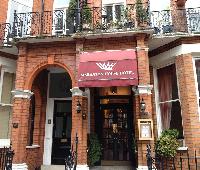 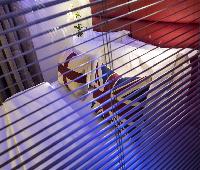 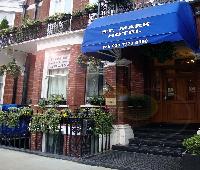 We arrived after a long 15 hour flight, was approached by a very rude reception lady(shoulder length blonde hair, skinny built)
She seemed like she HATED her job, I don't understand if you don't like your job leave, I'm sure there are people out there that would be willing to work. She wasn't helpful with check in process and had a bad attitude.
Rooms were small but clean and comfortable.

We then went on a Topdeck tour and already booked accommodation once we returned. I was dreading going back to that hotel but thought I already paid and it was only one night.

We arrived back for the one night stay and was greeting by the Male supervisor, he had wonderful customer service, and the girls he was working with were nice too. I was quite shock but happy to be greeted in a positive manner. Maybe staff only act nice when the supervisor is around.
19/11/17
I'm sitting in the foyer now, the supervisors not here and both the female staff are rude and has a bad attitude towards the guest as they check in, any questions ask by the guest would be brushed off or not answered properly. (Both the reception ladies finished at 3pm and that's when the supervisor came in) I'm glad that it wasn't just targeted at us but that just proves they all need to learn some customer service skills from from their supervisor.

We spoke to a few people people and they thought that the customer service definitely needs to be improved dramatically.

Wow. I never give two stars to a hotel but this one was shocking. The photos are very deceiving. Very tiny rooms to the point where you have to dress in a corner near the window where room actually exists. Beds and pillows were terribly uncomfortable I almost strained my neck. No ventilation in the bathroom or in the actual room. Window does nothing as the bathroom wall comes out halfway in front of it. Safe inside the room didn’t work and not to mention the shocking elevators which didn’t work or half the time you felt like you were so unsafe.
The only reason this review has two stars is for their cleanliness and the location - being right next to Earls Court underground station.

Pleasant small three star hotel, with a few years on its neck,
Located 100 meters from the Earls Court tube station, and with walking distance to many restaurants, pubs, as well as to site seeing attractions (walk, or tube).
Rooms and bathrooms, are not too small, and pretty fresh, for its category.
Shower in bath tub. Pull water temperature towards clock, and to the red zone, not too freeze during a winter morning.
Friendly and service minded personnel.
Good price & value.
Small, bar, for a simple night cap, is a pleasant plus. Draft beer "Becks".
Check which cards they take, unless you pay in advance. For example "Maestro" cards, are not accepted.

Great Value for the money

I stayed for one night alone. The room was a lot bigger than I was expecting it to be. Usually London hotel rooms for one are glorified closets; this one wasn't. I didn't interact with the staff much, but there were no issues that needed sorting out. The only drawback was that there was no 24 hour news channel available on the TV.

Three friends travelling, a triple room and cigarette smoke/pavement noise whether you want it or not in a room that, despite being below ground was circa 30C in the winter!!!

The daytime girls were lovely and friendly, the nighttime gents were less than helpful with very single request.