- Hotel year Built - 2002 Year Remodeled - 2002 additional Property Description - At The Best Western Danville Inn, You Will Experience Clean, Cozy And Comfortable Rooms For An Affordable Rate. Because We 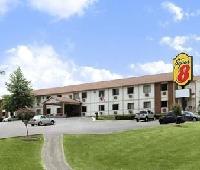 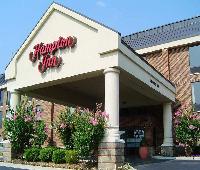 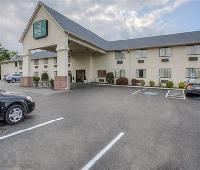 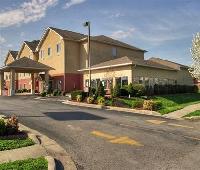 - Hotel year Built - 2002 Year Remodeled - 2002 additional Property Description - At The Best Western Danville Inn, You Will Experience Clean, Cozy And Comfortable Rooms For An Affordable Rate. Because We

First time here but I'll definitely stay again. Everything was great and went smoothly with this stay, including online booking. No this is no big city Hilton but the hotel is newly remodeled and clean. The staff was very attentive to our needs and went above any beyond to accommodate any request that we had. The beds were clean and comfortable. I was only here for a night but I'd definitely have no problem staying in this facility for an extended stay. Good job Red Roof staff!

We were in town for a wedding. The only good thing I can say about this hotel is it was convenient to the wedding venue. There was a dirty wash cloth wadded up in the corner of the shower when we arrived. I was still there when we checked out two days later. The only "cleaning" they did was to make the bed and deliver towels, which they only sent us one wash cloth for two people. I wonder if we were expected to use the nasty one that remained in the corner of the shower?? Two nights in a row a group shot off fireworks. I understand we were there "around" the 4th of July BUT it was not the 4th. The first night they set them off in the front parking lot around patrons' cars. We complained but nothing was done because the same thing happened the second night! They claim it's been newly renovated but the renovations did not extend into the bathroom. I towel bar next to the shower to hang your towel would be very nice instead of putting a clean towel on the dirty floor for when you get out of the shower. Also a mirror in the room would be nice. Will never stay at another Red Roof Inn.

Can't go wrong. I stay here just about 3 times a week as my company does a lot of business with this hotel. The staff is above and beyond what it should be as well as the breakfast. It's not your usual hotel. They make us feel like family. It's a nice gesture and the updated rooms keep getting better and better.

I have only stayed at a Red Roof Inn once before a few years ago while traveling with a team (not a player on the team) in another city and it was a terrible experience. This time the hotels all around were booked solid due to some horse event north closer to Lexington and Kenny Rogers was performing this weekend in Danville. So I had this choice or drive to some other town about 25 miles away. I have to admit, my expectations were low but it was for 1 night so I booked it. I was pleasantly surprised, particularly based on my past experience. The hotel is not obvious as you approach it as the sign faces sideways towards the hotel from the road approaching it head on. The hotel looked clean although the lobby had an odd odor when we arrived (like someone heated up maple syrup and it burned a little?) I didn't notice it nearly as much when we left the next day. Otherwise it was generally clean. The room was of ample size with 2 double beds and a nice sized bathroom. Nothing fancy but I did appreciate the linoleum flooring (other than between the 2 beds) as you didn't have much carpet that usually shows stains and retains odors. The bed was comfortable enough and the sheets were clean, what I cared about most. The water was hot for the shower and of a very good pressure. The towels are somewhat flimsy but what you'd expect there. The TV had numerous cable channels available. The breakfast area is a bit plain and not fancy but the food was decent. They had scrambled eggs, sausage/biscuits, yogurt, bagels/breads/muffins and this pancake machine. I didn't use the pancake machine but basically you press a button and it does all the work of pouring and cooking them for you. No mess! The woman working in there that morning was pleasant and helpful when I had a question. Check in and out were smooth and simple. The parking lot had at least one cat that I saw and they had bowls of food/water out that implied there's more than 1 out there so be careful as you pull in and out. Not sure why they're on staff but they were no problem at all. There's a nothing much behind the hotel, maybe they keep mice away? I'd say if you're use to RRI type hotels you'll be fine here. If you're a bigger chain hotel person like me you can rough it for a night here.

Dropped my sister off and decided to try and stay at this hotel again for the second time, first time was awful. Figured it couldn't get worse.

The room was updated was on the first floor, there was nothing on the walls. Kinda made it feel like a prison. Bed was alright nothing to brag about did have a fridge.. the kicker was we got up in the morning to leave and shower. The shower didn't work. We went to call the front desk the phone didn't work... they took about 45 min to find someone and fix the shower cause for some reason they didn't want to put us in another room to shower...