- Hotel year Built - 1985 Year Remodeled - 2002 additional Property Description - Best Western Hotel Domicil Is A Beautifully Decorated Art Deco Hotel. It Is Located In A Central But Quiet Location In The 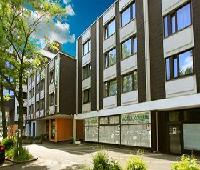 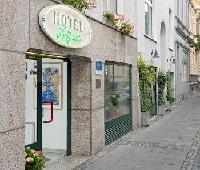 - Hotel year Built - 1985 Year Remodeled - 2002 additional Property Description - Best Western Hotel Domicil Is A Beautifully Decorated Art Deco Hotel. It Is Located In A Central But Quiet Location In The

Handy to station and central Bonn

Love this hotel - 10 minutes walk from the station (Bonn Hbf), then five minutes on from the hotel into the central shopping area of Bonn. Hotel is clean, friendly, always helpful reception desk, nice breakfast room. There are plenty of places for evening meals very close by.

staff most pleasent and avallable

location excellent, based near tram and buss station. excellent Wi-Fi. Staff polite and pleasant, especially one lady named Sunshine.
the dining area is small, but wealthy and healthy choices with beautiful view at the garden.

Horrible service after my car key was stolen from hotel reception

During a weekend trip to Grmany I was staying with family in the Hotel Domicil Best Western in Bonn. I drove there by car from the Netherlands. Upon arrival and checking in into the hotel I was informed that for that entre stay I could park my car in one my car in one of the 4 available parking spaces of the hotel. I was also informed that anyone who used the hotel’s parking space had to leave their car keys at the reception each time they planned to leave the hotel in case they were planning on leaving the car parked at the hotel. This was "for emergency purposes" so in case something happened, such as a fire, the car could be moved by the hotel personnel and parked somewhere else for safety reasons.

The lady who was working at the reception from the afternoon couldn't provide me with an explanation of how my car key was missing, how long and what to do next. Instead I was told to check in my room when I clearly had not asked for the key since I left it at the reception in the morning before leaving. For some reason it seemed this lady was implying that I may have taken the key and forgotten that I had it. Her and her colleague who said was responsible for the cars assured me of how they knew my face and would remember if I had picked up the key yet again they were telling me to double check my room...seriously!!
So now the person standing in front of me it telling me the colleague to whom I had handed the car key could not be called because was home and sick, there is no explanation of my missing car key; no guarantee that my car is safe for the night; the only person who could know where my key could be “cannot be called”; I had to double check myself and wait till the next morning when they’d know more.
So I guess the sick colleague would miraculously show up the next morning solve the problem right away. Only after a lot of effort, arguments and discussion till the sick colleague was called.

While on the phone she mentioned remembering that I handed her the car key in the morning but also had no explanation how it was missing.
After sitting and waiting for about an hour without any update, the sick colleagues arrived back to the hotel and without saying a word just went behind the reception to check again all the room boxes and drawers that her colleagues had already check over and over.

Again after insisting on finding my key was it decided to look at the security video. All 4 hotel workers present at this point watched the video for over an hour; in the meantime talking and whispering to each other and not one person felt like giving an update. My car key was still missing and they could not explain it!!!! Again we had to ask for an update and only thing that was said was “we are looking.”
Since it was taking so long and still nothing close to an explanation was given, my girlfriend, her dad and I persisted to have the reception call the police so I could make a statement. This was after hours of waiting without getting updated while the hotel workers watched the security video, talked to each other. Of course we couldn't know what they were talking about because they were speaking German.

Once the police arrived and we thought we'd make some progress till the police officer started talking to one of the ladies at the reception. They were speaking German, we THE VICTIMS not understanding a word and of course not getting any translation. We request them to speak English so we can follow and the police turns to my girlfriend and replies rudely "we are in Germany so we speak German!!!" he then turned back to the receptionist and they preceded with their talk. When we finally get the chance to talk to the police officer he asks me, the owner of the car, patronizing questions such as "what's so good about the car, is it a Rolls Royce, Porsche? Why would someone want to take a car not that expensive? We don't see a case here, a car key disappeared out of nowhere". These are the first words of someone supposed to help the situation!! As much I would like to tell more about the rude officer, the issue at hand is mainly about the hotel reception.
In the meantime still no update from the hotel workers watching the security video till we asked for it.

After watching most of the video the receptionists spot something strange in the video at around 19:00. It appeared that some lady, neither a guest nor a worker, walked into the hotel, went behind the reception, looked around and in the end took my key. Of course after this point, the tone of the officer changed as now things seemed to be more serious than before.
Now how can all this happen when there is someone supposed to be at the reception all the time or keeping watch on the guest’s property left in the boxes corresponding to their rooms?
Had I not asked for my key on Friday, I would have found out it was missing till Sunday when I had to leave and of course it would have been late.

Now that we found the explanation of the missing car key, I provided my information to the officer and my next question to the reception was how they were going to handle the situation to resolve my problem, who would pay for the expenses that came out of solving my problem…….again, silence!!!
And then I get to hear from the reception that I had to solve the problem myself, clearly not taking any responsibility that a guest’s property was stolen under their watch.

The next morning, a different hotel worker was present and had been told to help us further. Her colleagues had updated her about my missing key. Thankfully this lady was nicer and helped us in finding solutions to problem at hand. After a phone call with her the hotel manager she informs us that the night before the manager had offered the option of having using DHL to send my second key from the Netherlands to Bonn and the expense would be covered by the hotel. This was the first time we had of this option; the hotel workers we had spoken to the night before for over 4 hours had not mentioned this to us. The other option was to get someone to pick up my reserve key and bring it to me; so I had to ask my sister with a child to cancel her day plans so she could get the reserve key to me. Luckily her transport was compensated and since she couldn’t go back on the same day (travelling back and forth with a child) she was offered a night’s stay. The next day we’d journey together back to the Netherlands.
Sunday afternoon we left for the Netherlands but still I was not told on what the hotel would do next about my missing key or how any related expenses that would come from this situation would be compensated.

As I had mentioned to the hotel workers during the evening when my car key was stolen (while under the responsibility of the hotel), any expenses that result from the actions I have to take to resolve this issue and restore guarantee for my car’s safety will be sent to the hotel. Since I left the hotel on Sunday till the moment of writing this email I have not hear from the hotel again about my key. I hope the expectation is not that a simple “sorry this has never happened before” will suffice!!

Extremely overpriced for the level of service provided.

The only advantage of the hotel is the location, as it is within a short walking distance from the center.
But it is extremely overpriced for what it offers. It needs a renovation. The rooms are poorly equipped. The furniture is super old and dirty. The breakfast is far from adequate.
It is really not worth the money. I would never recommend it.

Good hotel but choose a room at the back

Very friendly and helpful staff, good breakfast. Rooms facing the road and the trams can be noisy so ask for a room at the back. Good location and a good burrito and burger place next door if you arrive into Bonn late evening.