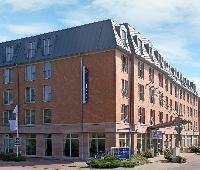 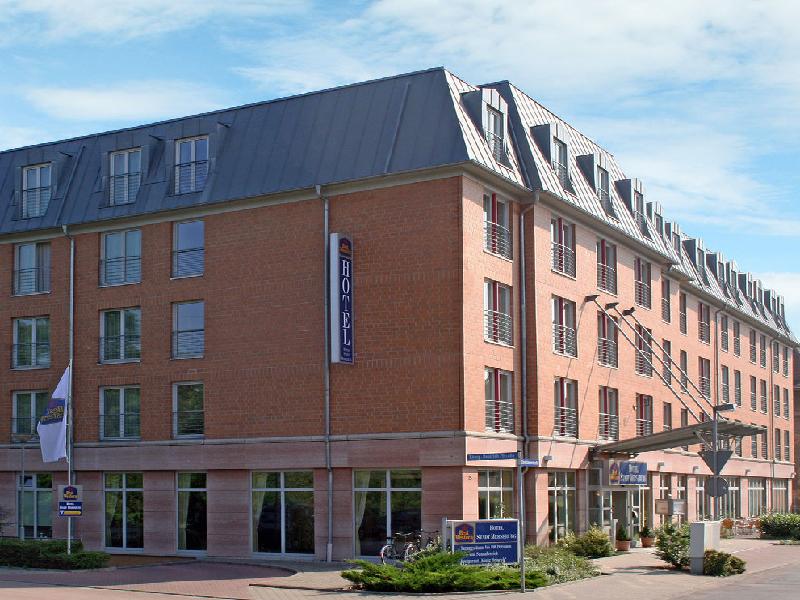 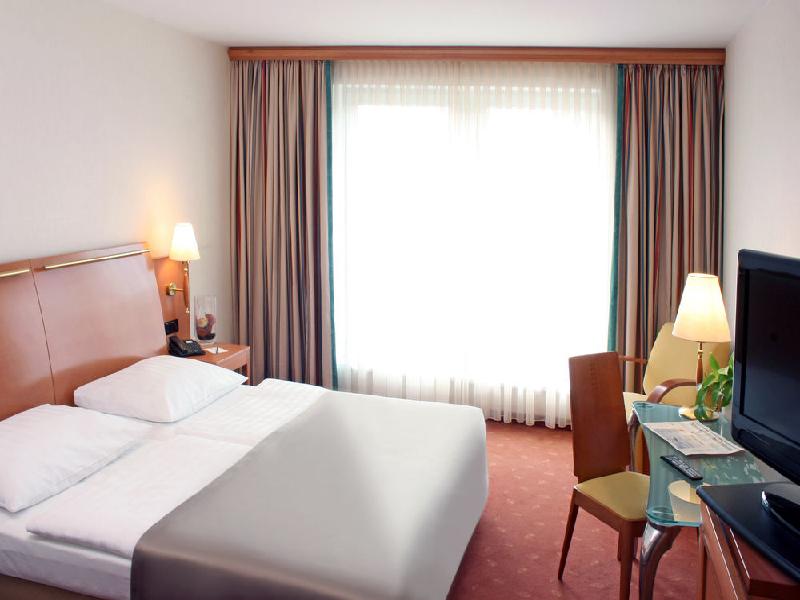 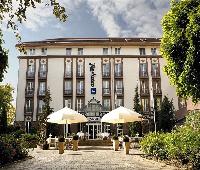 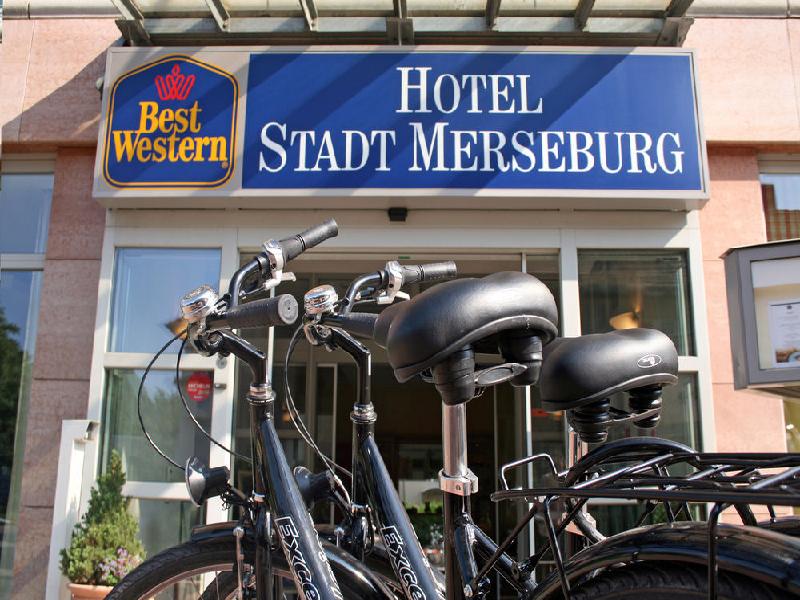 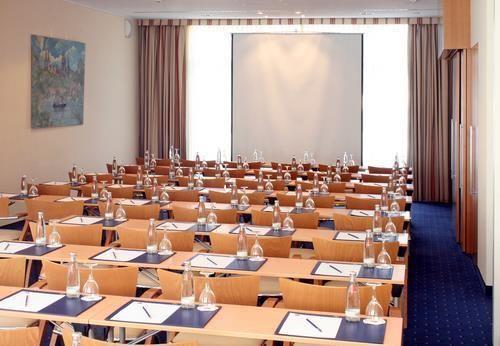 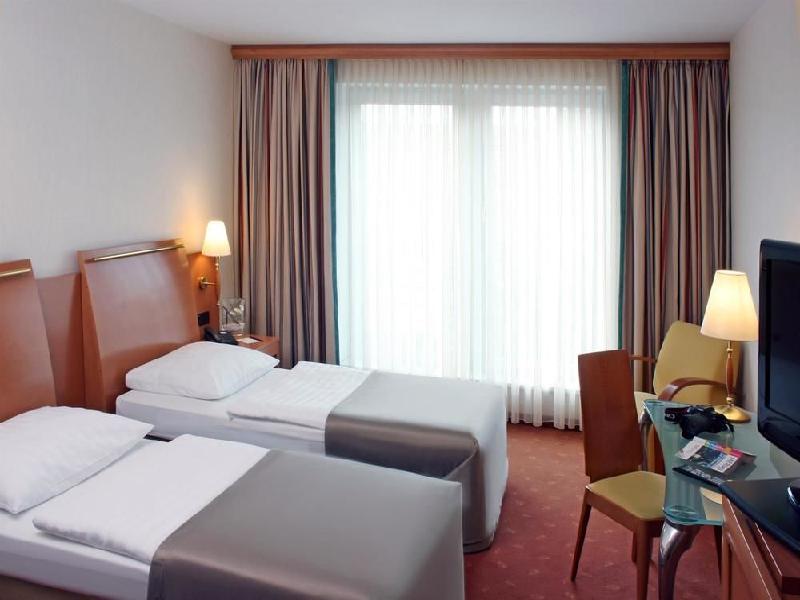 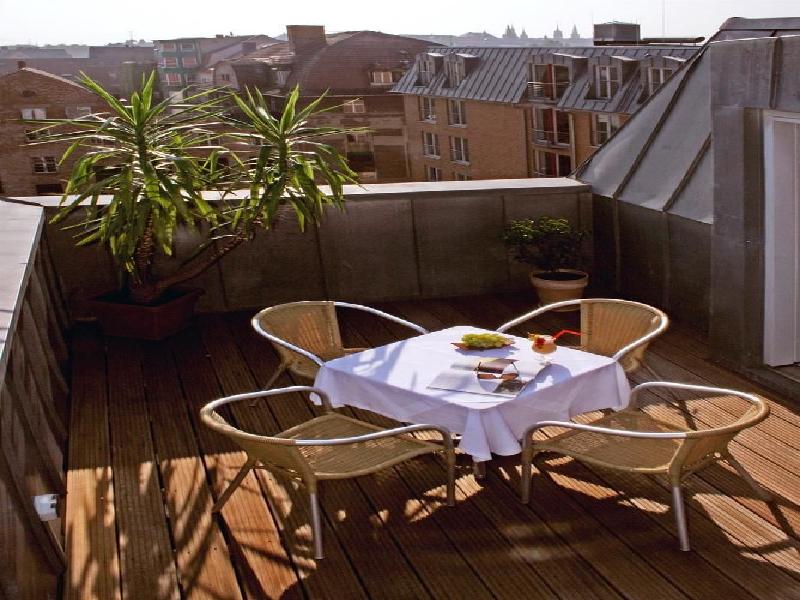 Some unfriendly, almost rude personnel, undercooked food, no mini bar. After diner stomach and bowel problems. Due to the location, the rooms are quite noisy. Positive: very clean rooms. Although I frequently visit the area, a week/month, I will not go back to this hotel.

It's Okay, not great.

To start, we pulled into their parking area behind the hotel and registered, This lot was full so we had to park (for a fee) in their underground garage. Narrow spaces doesn't begin to describe it. After pulling into a space next to the wall, with my husband directing me, I had to climb over the car console to exit the car. Oh well, we had a space. Took the luggage out, walked to the elevator and learned that it was broken. There are two elevators, but there's no direction to the 2nd elevator. So we carried our luggage up the stairs to the main level, only to learn about the 2nd elevator.

Our room was clean, the bathroom was modern, though the shower was smallish. The beds were okay, probably changed since a previous reviewer commented on them. No AC, windows open to the street AND train noises.

This hotel turned out to be further from the beaten track than we expected as we were looking for an overnight midway between Hamburg and Munich.

Our first impressions were uncomfortable. The place seemed dull and functional. In retrospect, it was fine. The staff was quite friendly. The food was good. We had an evening meal-great burger and good salad. Breakfast was fine although we were fascinated at the selection of sweet cereals: choco pops, fruit the loop, chocolate cornflakes etc. we ate breakfast on the outside terrace which was fine.

The room was functional but roomy enough and the bathroom was fine. A very good shower (watch out if you're tall. The shower door frame is low) We couldn't keep the window open as we were in the tram side of the street and it was noisy.

There's a kidney-shaped swimming pool in the basement where there's limited daylight (small skylight). There are two little saunas. Definitely not a 'wellness' area but ok for a quick swim/sauna.

We probably wouldn't choose to stay here again, but we felt we got good value for money.

Could not find a hotel room in either Leipzig or Halle and had to settle for this in Merseburg. To put it like this, Merseburg is not the center of the universe ( I swear it sometimes felt like I was back behind the iron curtain in the 1970's), The hotel itself war OK...ish, but the knowledge of the staff regarding everything from wi-fi to helping out with directions and transport leaves a lot to be desired. The breakfast was poor and the dinner the night before ( Merseburg is not exactly choke full of restaurants) was even worse. Not recomended.

The first (smoking) room smelled horribly bad. After insisting I was given a large and comfortable non-smoking room but... the mattress was very uncomfortable. It was so soft and already very deformed. I complained but was told it was the only room left and that the mattress was changed recently. I cannot believe it. Some leakage also in the bathroom that was not fixed during my stay.