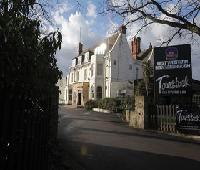 - Hotel year Built - 1890 Year Remodeled - 2008 additional Property Description - Whatever The Occasion Or Reason For Your Visit To This Wonderful Part Of Britain, Best Western Middlesbrough Will Put You 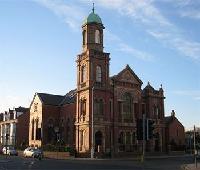 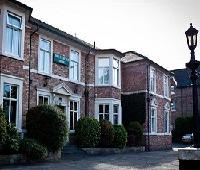 - Hotel year Built - 1890 Year Remodeled - 2008 additional Property Description - Whatever The Occasion Or Reason For Your Visit To This Wonderful Part Of Britain, Best Western Middlesbrough Will Put You

Not the night I expected!

This is the second time in a month that we have visited here! The first time was a Saturday night, and we will not return. It was karaoke night, and all i can say is that the clientele must have been dragged in. The amount of swearing, and bad behaviour was unreal. It was very intimidating, especially as it was my partners birthday. It took ages to be served at the bar too.
The second visit was Sunday 27th August. We had been busy all day and decided to eat in here.... never again!
Again it took ages to be served, even though it was fairly quiet. I agree there had been a christening party in the function room, but that should not hamper the bar service. We ordered food, and we were totally disappointed. The burger i had ordered was like a child's portion, the fries were rock hard and snapped when i put my fork in them. For the price of the food, we both left hungry. Not what we expected for the price. The food was placed in front of us, and no one came back to see if everything was ok. We had no salt on the table, and cutlery etc came in a silver bucket with the food.
The was an empty drug packet in the toilet when i visited and i quickly took a photo of it. The toilets felt like they weren't well managed. After our meal, the bar staff seemed to just disappear and when they returned weren't interested. There was a small girl on the bar that looked at my partner waiting to be served, and carried on walking never to be seen again for ten minutes.
We fell this place is over priced (food wise/portions), uninterested staff, and very poor choice of people from outside drinking in there. We really feel it is somewhere we wont return to, which is such a shame as we had our commitment ceremony there 14 years ago and this place has always held a place in our hearts.

The hotel, bar area and well decorated and the staff are very helpful and friendly. The bedroom was clean but needed to be re decorated, although the bathroom looked quite new. On the down side the toilet seat was loose which we reported so hopefully that we be fixed for the next people staying and there was a lor of mould on the bathroom ceiling.
Food was good and very reasonably priced.

I stayed here 4th to the 7th August. Paid full amount in advance. When i returned home a further £40.00 was taken out of my account. The hotel has admitted this was a mistake however, three weeks later and I still haven't received the refund.

Well worth it for what it costs

This is the second stay in a month the first we were were in a upstairs room facing the lovely play park and grassed area it was packed out side as there was a junior prom which did nt bother us , it's a lovely family bar restaurant, the room was really big and I thought nice the bathroom was up a couple of stairs there was tea and coffee, iron and toiletries all for 40 pound and you got breakfast for 2 aswell which was nice and the coffee was hot :) x the staff were really nice they gave us taxi numbers and we went into town which is not that far there is a big car park so free parking aswell :) the second time we stayed they only had down stairs rooms we were in room 1 which was massive facing park this time we saw a squirel there it was cute, but it was a lot noisier just off the bar restaurant we would stay again for the price but would phone to see if there was a upstairs room

The Highfield has been a hotel for decades. Although Boro born and bred, I had never been in the place until my recent stay with wife and daughter.
It's a busy place and can be a bit noisy. We arrived on a warm evening and the bar and outside area were thronged with drinkers and the occasional diner.
The rooms were fairly plain and simple, but very clean and our bed was huge (a super king size, I guess).
There's a spacious car park, the staff were very friendly and the included breakfast was good quality.
All in all, a good place that we'd return to and the price - sub £40 - excellent.