- Inn/Chalet year Built - 1974 Year Remodeled - 2002 additional Property Description - The Best Western Mountain Inn Invites You To Stay Over In Tehachapi For A Good Nights Rest. Our Friendly Town Will Make Yo 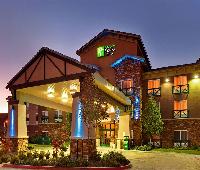 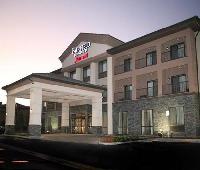 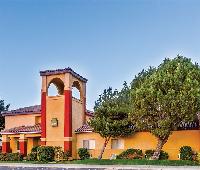 - Inn/Chalet year Built - 1974 Year Remodeled - 2002 additional Property Description - The Best Western Mountain Inn Invites You To Stay Over In Tehachapi For A Good Nights Rest. Our Friendly Town Will Make Yo

The accommodations were adequate and priced appropriately. Room was quiet and the bed quite comfortable. Breakfast offerings were adequate but hot items were not hot. This was the only really significant items for complaint.

I stated my review on a previous section. PLEASE READ As far as I'm concerned I was over charged and they had no understanding of the mistake that had been made. On a Fri. night I was making a res. for the following night. It was about 11:30 at night so I was very tired and about half asleep. I accidentally booked Fri. instead of Sat. As soon as I saw the mistake I called the hotel and the girl I talked to said she would fix it. I got to Tehachapi at about 11:00 so I thought I would check on my reservation. I talked to the manager at the desk and she confirmed but also told me that I would be charged for the previous night. I asked her why and she said you booked the night and I told her what had happened. I told her that was not FAIR. Her reply you made the mistake. I will never stay here again and recommending to ALL my friends and relatives in Tehachapi not to give this place their patronage. $206 for a one night stay because of a MISTAKE.

Heat Lamps in Bathroom are a fire hazard!

Nearly had a fire in the bathroom after the ceiling heating lamp made the top of the bathroom door start smoking. I had to wipe the top of the door with a wet cloth to make certain there weren't any hot embers. The door had obviously been burned quite a number of times. Additionally, the mattresses were odd. I slept well-enough, but they were strangely mushy; and the refrigerator was not nearly cold enough; and the pillows were small. The Internet was fairly easy to access once you got the password by calling the front desk. The cable TV was easy as well. The air conditioner was off when I arrived, so the room was hot; and the refrigerator was off as well.

Very clean and recently updated. Loved the tiled shower. I do wish they had a shelf for the soap/shampoo in the shower. Very comfortable bed. It was close to the train tracks and I worried that the trains might keep me awake but they didn't. I slept great. Breakfast was substantial and included eggs, sausage, all kinds of cereal, bread for toast and waffles that you could make yourself along with coffee and juice. I would definitely stay here again.

For some reason, it seems that Best Western just is not putting resources into their Mountain Inn in Tehachapi. The people who actually work at the hotel are doing their best- very friendly and welcoming. I thought the attention to housekeeping and cleanliness was better than when we stayed here a few years ago. However, it took a long time for the water in the sink and shower to get warm (despite the temp outside being close to 100), the towels were so thin as to be nearly threadbare, and the linens on the bed were also very thin. The air conditioning struggled to keep the room from being stuffy and over warm, especially at night (making sleep somewhat hard) but it was the middle of a serious hot spell so it may have been working as hard as it could. Overall, it just felt more like a bargain hotel than what I expect of a Best Western.