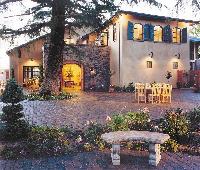 What can I say but to advise you not to stay at this hotel due to the fact of the most rude and discourteous manager In the hotel industry! Never will I stay here in my entire life due to the awful customer service I have ever received.

This is the second time staying at Days Inn in Lodi. It is an awesome location to most anything you would like to see.
Enjoyed the pool and the bbq area. the breakfast bar is always a nice option.

Thanks for filling us in on Wyndham points

Rooms were nice. Internet did not work. Tech support is useless and they called me at 1am to tell me the issue had been resolved when it was not resolved. The check out was okay but customer service could be better

The staff was friendly and helpful. The room was clean. Refrigerator was the largest I've ever seen in a hotel room. Everything worked as it should including the air conditioner which was a must. Breakfast was not worth walking over for. Some water damage in the bathroom and some carpet damage. The suite had two rooms with nightstands, dressers, beds, and televisions which was nice for two couples. Unfortunately the main bed was not supportive at all and my husband had to sleep in the bed in the other room. I would think hard before staying here again because of the bed.

This is an old motel but they have tried to keep it updated. It was on the main street at one time, but the 99 has drawn traffic away. Dismal side of town.