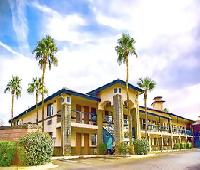 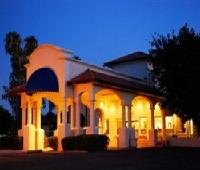 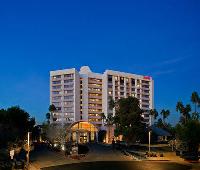 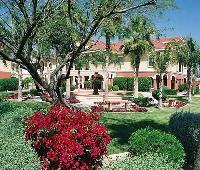 Convenient location. Hotel is tired. The personal are very caring. Breakfast appearance was good, scrambled eggs were baked then chopped and it was lacking fruit. Exterior was dirty and the building needed painting.

The hotel is not new, but it has been kept up. The rooms are clean and the hotel is very helpful. However we prefer the West side of the hotel cause it is the quiet side...on the east side you have traffic from a MacDonald and Denny's and it can get a some of the noise. But overall I would give it 4 1/2 stars.

Suite was not "sweet!"

We were looking at houses in this area for our retirement home and found a 'suite' at this Inn. The pictures looked amazing and the price was low (should have been my first clue!) We arrived to find our "suite" was anything but sweet. The pictures online were so deceiving, this room looked nothing like what they had in their pictures. Large front room, good sized kitchen with a dining area. Bedroom and bathroom in back. When we first opened the door, a rather musty, stagnant smell hit us and permanently stayed the entire time. I went out and bought a can of deodorizer and sprayed everything I could, but nothing helped. The kitchen was big, but had little to no amenities, a hodgepodge of forks, spoons, knives, plates and cups. Nothing was new, the oven was the original . We continued through to the bedroom, which was adequate. Now, for the bathroom! Oh my! The sink was a little rusty, but ok, the tub though looked as though someone had tried to scrape the fiberglass off. The bottom of the tub was so severely chipped and torn, that getting into it would have cut our feet. We stayed there for two nights (original plan was for 4 nights) but the smell and the bathroom were enough for us to leave sooner than expected.

My sister & I stayed at this hotel for several nights. Our mother was gravely ill & we were back & forth from the hospital at all hours. It was a very difficult time for us. There was a very pleasant young man working at the front desk. His name was Steven. He was one of the most pleasant, thoughtful, accommodating people I have ever had the pleasure of meeting. My sister flew back in from Missouri this past week & we booked a room at this hotel & to my pleasant surprise, this same young man was there. He is courteous & accommodating with everyone. Four star treatment from this young man.

The beds were rock hard and my $205 total bill ended up costing me $510 out of my acct. because of the front desk charging me twice and it took 5 days to get the extra charge credited back. I was told by the front desk clerk this happens from time to time and there's nothing they can do about it. It's the system.