Elegant two bedroom apartment for rent of about 80 sq.mt located in the 9th arrondissement; immersed in typical Parisian atmosphere amongst the Opera; Lafayette and Montmartre. 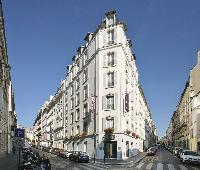 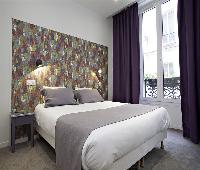 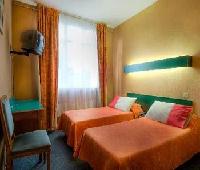 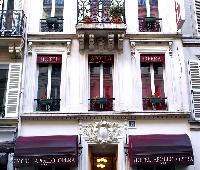 Elegant two bedroom apartment for rent of about 80 sq.mt located in the 9th arrondissement; immersed in typical Parisian atmosphere amongst the Opera; Lafayette and Montmartre.

I'm pretty easy going and I've stayed in some pretty scabby hostels/hotels/motels throughout my travels, It's all part of the experience. Not once have I ever felt the need to leave after one night and write a bad review.
DO NOT STAY HERE!
The experience starts with checking in through a lovely sheet of what I'd assume is bullet proof glass. It made me feel super welcome and assured me that the area must be safe. We entered the room. It was small, it smelt musty, the furniture and tv were junk, the bed was collapsed and filthy underneath, there was graffiti on the walls, the smoke detector was sealed up in a plastic bag (which I'm pretty sure would not comply with state law). I could deal with all of this for a cheap place to sleep. If I could sleep!!!! There was constantly people congregating on the stairs outside our room smoking and talking loudly, vehicles with loud music coming and going throughout the night, a couple of arguments or possible fights, a lot of yelling, a domestic dispute which continued in to the next day with the woman screaming help and a whole bunch of other stuff for about 10 minutes. It was at this point we decided to bail. Thankfully we were able to get our money back for the next two nights we had booked, which I would say is the only positive thing about this place.

Hotel location was great 👍 but room was dirty and old looking. Marks everywhere and stains. Windows just looked into brick wall. Drunk load people everywhere and drug users in car park. Toilet dirty and not enough room to swing a cat. After locking door and putting chair against it I managed a sleep but noises people kept me awake. As I said location great and price good but for UK travellers I think they will find this a bit scary.

Do not go there!

This is a dirty hotel and should not have license to rent out rooms. The only good thing is the location. Everything else is poor. Not worth more than 20usd. Old tube TV that barely works.This whole place should be rebuilt from foundation.

So many things wrong here too many to mention, its proximity to the "heart" was more like lungs due to the shouting and screaming from misfits and tramps all through the night, we thought the door might be kicked in at any moment by robbers, we were told on arrival that the lights and electricity would be turned off at midnight until 8 am, I really thought he was joking!

We asked a simple question, simple enough, "which way do we need to go to find" a tour we had pre- booked was due to leave soon after we arrived, we asked the guy on reception which way to go, impressing on him the need for urgency he sent us the wrong way and we missed our booking, smashed air con, cigarette burns & stains on bedding, a generally scruffy nasty place to be avoided.

Name of hotel says it all!

Bed bugs & take your own cleaning gear air freshener & insect spay!
Don't expect a perfect nights sleep.. very noisy from upstairs people and hallway open at both ends with noise of people walking talking at all hours! With the smell of Mary Jane! Wondering around I was beginning to think it was made into a new perfume.
Staff was ok not good at picking up the phone when overseas family want to contact!
When found bedbug we got moved to s different room that was bigger and cleaner... after I spray daughter still got bitten on the last night!
Good location to get transport to trains buses etc.
just close eyes to old man that pisses every morning against the wall from bus stop 10 steps away and across the road near school bus stop man touching himself in front of all that traffic and kids going to school. Yuk yuk lucky I didn't case him with a stick !