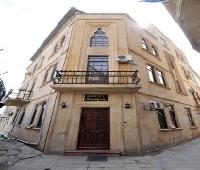 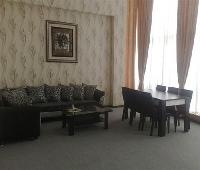 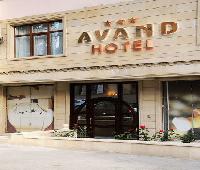 I'm afraid I had a very poor time at this hotel. To be fair I hadn't booked it but was sent here by its sister hotel Atropat which I had booked as they had double-booked and I was left without a room.

The room (401) was pretty grim, awful mattress (I could feel every spring) and dirty carpet. The bathroom though can only be described as disgusting - previous occupants' detritus everywhere. I asked for it to be cleaned but nothing changed.

Thankfully I was moved to a much better hotel for the following nights. So whilst this hotel may be convenient being inside the Old City my advice is to avoid it and go elsewhere.

clean bed but carpet was awful and smells bad. the terasse restaurant was closed so we had breakfast in another restaurant in cave... soviet version
reception seeks bad english and it didn't do our registration to the imigration service so now we can not go to azerbaidjan for minimum 1 year...

In the very quiet UNESCO World heritage Baku Old City. Almost no cars allowed here, thus without traffic noise. They speak some English. And were very helpful completing the Azeri government registration, which is mandatory for foreigners. Breakfast buffet is sufficient and is served in a room on top floor which offers a splendid view over Baku bay , the Caspian and the Flame towers. Room was nothing specal, just a standard hotel room.

Staff couldn't care less in this hotel and they completely stuffed up when we booked a car to go to Gobustan. They wanted to charge us X, then proceeded to double it (saying they didn't know any better) and then we negotiated and agreed on a price and an itinerary only they didn't inform the driver and the driver ended up not taking us to one of the places agreed upon (neither did he inform us). Then they made all sorts of excuses. It really spoilt our day and the driver had seriously bad attitude too. The bathroom smells and you can't turn off the air-con unless you unplugged it at the wall. They didn't even bother to clean or empty the rubbish until we asked them to. Location is good but it wasn't such a pleasant stay for us. Breakfast is very ordinary and was served late every single day we stayed there i.e. supposed to be from 8am but doesn't happen till around 8.30am sometimes. They consistently run out of things like fresh bread and coffee. This place is seriously badly-managed, rather, non-managed! Stay away is all I can say!

Hotel is located in the old city but poorly maintained.

We got this hotel through our tour operator who presented it as a decent 3* property.
As not on a business trip, with not more than a couple of hours of wake time in the hotel, I didn’t scrutinize this option minutely. It turned out to be a mistake.

We three friends checked-in in room 101 but moved to a smaller room 102 because of stinking washroom in 101. Room 102 was not stinking but over there bath cabin lacked the door.

Staff is friendly but they cannot make up for the structural faults. The minimum one can demand of from a hotel, regardless of class and stars, is clean washrooms. And the one not taking care of even this basic most feature is not worth – to be straightforward.