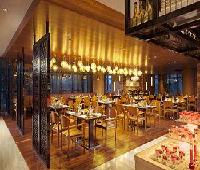 "Out in the country"

My family and I stayed at the Flower City Hotel in August which was the middle of summer. We had 2 rooms - a twin bed and a king bed room. The stay was pleasant as the rooms we had could not be faulted as they were clean and newly renovated. We were wanting to book more rooms for a future visit, and the hotel allowed us to inspect the other rooms, to which we were reluctant to book as the other rooms were quite run down and smelt of smoke and mold (as we wanted about 10 rooms, to which only we found 4 rooms satisfactory). Definitely would recommend to book any rooms that are newly renovated.

The location of this hotel is about 15 minutes drive away from the city and could be a bit of an inconvenience if you're trying to get a taxi out around 9pm. We had to wait for 20 minutes until a taxi came by. Be sure to have the taxi service number and call for a taxi via phone. Expect to take a taxi to any attractions nearby as there aren't many within walking distance except the seasonal Flower City Exhibition which is quite a walk.

You may notice an awesome large looking pool outside the window at the back of the hotel. This pool is actually not part of the hotel. It's actually a public pool that is next door and you have to pay to get in.

The wifi can be a bit dodgey, so please be patient with the wifi. If any issues, ask housekeeping to help out.

Oh yes... English speaking customer service is limited, so if you don't know Cantonese or Mandarin, you may have trouble communicating.

Not so good but probably the best in the area

As a backdrop, i must tell the readers that the city is at a third-tier calibre. When writing the review, I have taken this into account.

As far as I understand, the hotel is considered the best in the district. The room was old school and pretty worn out. The carpet looked old. Our room could see the giant swimming facilities which also looked tired. If you are looking for a place to sleep and shower, it is okay.

The staff were helpful and friendly. The Chinese food of the restaurant downstairs was very good. We however saw a big rat when having breakfast in the cafe right next door to the hotel.

There was no indoor smoking ban there, so do expect the smile of tobacco.