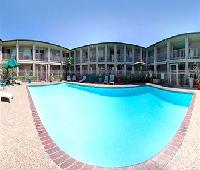 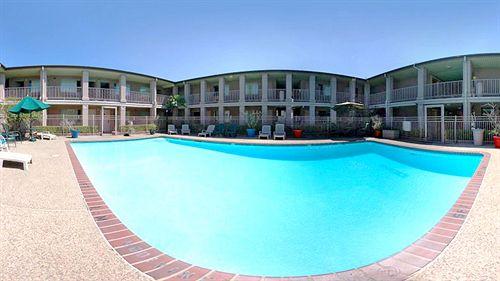 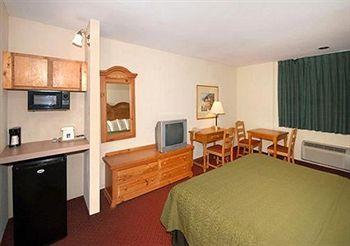 9041 Westheimer Road,Houston,TX,United States of America 2 Star Hotel
View All
Check in 15:00
Check Out 15:00
If you like bug filled rooms in a dangerous area then you have found the place! Stuart R on

Property Location Located in Houston (Westchase), Econo Lodge Inn & Suites is close to Sharpstown Golf Course and Sharpstown Shopping Center. This hotel is within close proximity of Halliburton Headquarters and Memorial City Mall. Rooms Make yourself at home in one of the 74 air-conditioned rooms featuring refrigerators and microwaves. Cable television is provided for your entertainment. Bathrooms feature separate bathtubs and showers, complimentary toiletries, and hair dryers. Conveniences include safes and desks, and housekeeping is provided daily. Rec, Spa, Premium Amenities Enjoy recreational amenities such as a fitness facility and a seasonal outdoor pool. Dining A complimentary continental breakfast is included. Business, Other Amenities Featured amenities include a business center, express check-in, and express check-out. Free parking is available onsite. 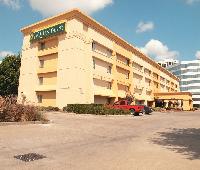 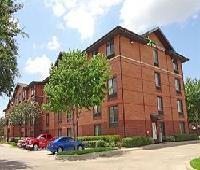 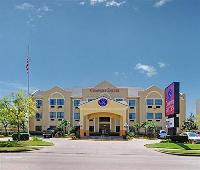 Comfort Suites - Near The Galleria

Property Location Located in Houston (Westchase), Econo Lodge Inn & Suites is close to Sharpstown Golf Course and Sharpstown Shopping Center. This hotel is within close proximity of Halliburton Headquarters and Memorial City Mall. Rooms Make yourself at home in one of the 74 air-conditioned rooms featuring refrigerators and microwaves. Cable television is provided for your entertainment. Bathrooms feature separate bathtubs and showers, complimentary toiletries, and hair dryers. Conveniences include safes and desks, and housekeeping is provided daily. Rec, Spa, Premium Amenities Enjoy recreational amenities such as a fitness facility and a seasonal outdoor pool. Dining A complimentary continental breakfast is included. Business, Other Amenities Featured amenities include a business center, express check-in, and express check-out. Free parking is available onsite.

If you like bug filled rooms in a dangerous area then you have found the place!

Dirt, bugs, shady characters in the parking lot and noise that goes all night are the norm here. The rooms are not cleaned from day to day and the smell of the trash not picked up each day is too much to tolerate. There are simply no reasons to stay here if you have another option.

Sleep in your car, on the sidewalk, or get arrested and spend the night in lockup!! But DO NOT STAY HERE!

Arrived and immediately felt like I was going to be mugged, robbed, or have my Goldwing stolen or vandalised. The neighbourhood is infested with drunks, druggies, pimps and hookers!! Got to my room dog tired from riding all day and the front of the AC unit is on the floor and it won't turn on. They moved me to another room after a few sighs and groans as if I was bothering them!! Room 2 the door does not lock and the lights won't turn on! Room 3, the lights, 3 of 6 went on so I "moved in". Once in I immediately ran out to get something to eat my plan was to eat, shower and get straight to bed, even though it was only 8 PM I was spent. After eating I went back to the room and moving slower now began to notice things, like the cigarette burn holes in the bed spreads and blankets, the ceiling was covered in dust clumps from the AC blowing on it, one of the 3 lights that was not working had no bulb in it, the phone plug was pulled out and would not stay inserted in the phone as someone broke the lock tab off it, the small coffee maker looked as if it had been used to strain used motor oil, if noticed chunks of dog food on the floor and 3 slices of pepperoni, (I did not have any pepperoni for dinner and was not traveling with a dog!), the small metal storage cabinet on the wall had drippings of the same oily substance that was in and on the coffee maker. At this point I stopped looking and decided that as exhausted as I was I just needed to shower and go to bed and get up early and get out of there!! I got my clothes, razor, and toiletries and walked into the bathroom. Pulling the shower curtain back to turn on the water, I was met by a cockroach and his companion crawling out of the tub drain!! So much for my shower!! When I turned to get my camera to capture the moment of our introduction I saw 5 more of the roaches relatives, in varying degrees of decay on the floor next to the fridge, and under the fridge door. I photographed Mr and Mrs roach in the tub before sending them both to the great beyond them proceeded to take pics of the "crime" scene with the 5 dead relatives of the aforementioned and now themselves deceased Mr and Mrs roach. I then took pics of everything else I have mentioned. Without a shower I lay down on top of the bed to try and get some sleep. Every time I closed my eyes and started to drift off, I would see Mr and Mrs roach making their approach and introduction from the tub drain!! 2 hours was all I got at the most, between the sirens, the argument in the parking lot between the hooker and her John or pimp, the 2 druggies in the room opposite mine arguing about some missing rocks and the nightly neighbourhood party at 1 AM in the alley next door!! I was up and out before sunrise and immediately called Choice and filed a complaint complete with an email with pictures attached, especially of the roach family, dead and alive. All I can say is DO NOT EVEN CONSIDER STAYING AT THIS HOTEL!! OH yeah, almost forgot, the swimming pool was filled with green water!! Fresh water, not salt water and when the underwater lights came on after dark, I could see the water was literally green!! So, take or don't take my advice, but if you decide to stay here, make sure your will is signed and compete you have some roach motels with you and be prepared not to get any sleep at all. And leave your bathing suit at home, you would most likely contract a disease from swimming in this water!! Hope I was able to help and prevent someone else from having to love the Hell night I did.

I paid online for this place, luckily for just a night. I was well shocked when I arrived.
First, the staff was not at the dest and had put up a note that he would return in 30 minutes. When he eventually returned, he gave me a room. When I got to room 222, I discovered the link door to the connecting room had been burst open inwards and was not fixed. I returned to the reception hall and asked for another room. This time he gave me room 229 only for me to discover the safety lock behind had been ripped off forcefully and left unfixed. I secured the door with wooden furniture but could hardly sleep.

The actual beds were fine. I was originally checked into a room that was not clean. I was given a second room, but my key would not work. The manager used his key and then informed me I would just need to stay in my room until the next day so that I would not get locked out. I has to stay(on a budget and already charged). The next morning the shower did not work. In the end they did nothing to resolve the issues when I reported them in the morning.

Don't stay here!
Everything was old, dirty & disgusting!
Not a safe hotel to stay at if you have small choldren or even by yourself!
Continential breakfast- not really!
We had asked for a room where we could park our vehicle close to the door instead we got a room as far away from our vehicle as they could get us- not happy!