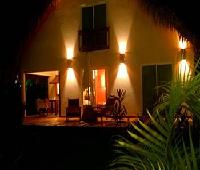 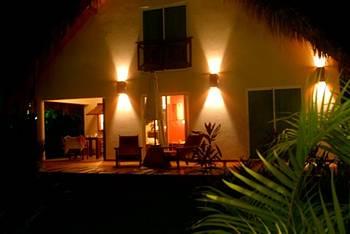 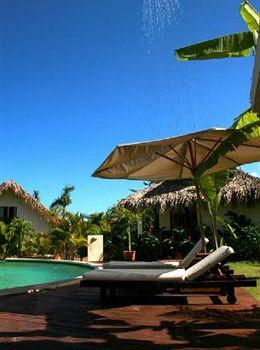 Property Location With a stay at Garden Hotel Lomita Maravilla in Las Terrenas, you'll be near the beach and close to Playa Bonita and The Whales. This villa is within the region of Moron Beach and Tainopark. Rooms Make yourself at home in one of the air-conditioned rooms featuring kitchens with refrigerators and microwaves. Satellite programming and DVD players are provided for your entertainment, while complimentary wireless Internet access keeps you connected. Conveniences include desks and separate sitting areas. Rec, Spa, Premium Amenities Be sure to enjoy recreational amenities including an outdoor pool and a spa tub. Dining Relax with your favorite drink at a bar/lounge or a poolside bar. A complimentary continental breakfast is included. Business, Other Amenities Free parking is available onsite. 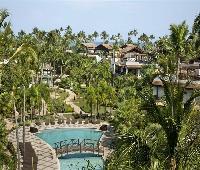 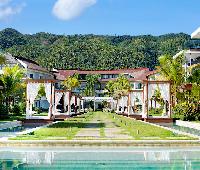 Property Location With a stay at Garden Hotel Lomita Maravilla in Las Terrenas, you'll be near the beach and close to Playa Bonita and The Whales. This villa is within the region of Moron Beach and Tainopark. Rooms Make yourself at home in one of the air-conditioned rooms featuring kitchens with refrigerators and microwaves. Satellite programming and DVD players are provided for your entertainment, while complimentary wireless Internet access keeps you connected. Conveniences include desks and separate sitting areas. Rec, Spa, Premium Amenities Be sure to enjoy recreational amenities including an outdoor pool and a spa tub. Dining Relax with your favorite drink at a bar/lounge or a poolside bar. A complimentary continental breakfast is included. Business, Other Amenities Free parking is available onsite.

A Group of Friends and family. An absolutely beautiful Villa with Jacuzzi on Deck, and a small Cabana.
We couldn´t have made a better choice!
Comfortable Rooms. Very well taken care Gardens, Central Pool and Common Areas.
Great and amiable Service.
Breakfast is light and tasty...
All for a really good price.
Even being in Town, its location makes it perfect to avoid noise and close enough to walk easily to the Beach.
Try it out and you won´t regret it!

Went from Good...to Bad...to Unpleasant. Notice how no one else has reviewed this place in years?

Since I actually used Lonely Planet (Published Nov. 2011) to help me narrow down my decision to stay at Lomita Maravilla ("LM") I thought I had made a solid choice. However, I did find it strange that it was just rated as middle of the pack on Trip Advisor. I think there's a good reason that it isn't ranked higher and as a matter of fact as to why it hasn't been reviewed in nearly 3 years (save a Jan. 2013 review). As my title states, LM went from good to bad to unpleasant.

We arrived on Thursday afternoon around 1pm and fortunately were able to check into our room. No one was at the open air front desk, and apparently, they have very limited hours of when they actually are there at the front desk which is not overtly posted. However, our first encounter with staff was pleasant in that Juana told us to follow what I think may have been a maintenance man to our Villa Number 10.

The room had a bit of a stale smell like it hadn't been stayed in recently, but I wasn't too concerned as I figured that if we ran the air conditioning or propped up the breakfast veranda windows that it would correct itself. Besides that, the room was well-equipped in that it had a/c, a kitchen (including a microwave, mini-refrigerator, efficiency stove, pots and pans, a sink, water cooler, etc...) a water closet separate from the shower, plus air conditioning. So, I had high hopes, but those started to diminish with time.

Las Terrenas appears to me as a booming beach town which is struggling to keep up with the influx of European and the occasional North American (think Canadian, and American) tourists. Maybe this is why I was so pleased to make my reservation through booking.com for $158.40 + 18% VAT or around $186.00 for 2 nights. But I started to put 2 and 2 together and realized that LM was dated. The place could use a good touch up of paint and an update on some fixtures (notably the shower, which I will address later). However, in my mind, for the money, this place was a good value with lots of good amenities and not terribly long of a walk from the middle of town (about 0.5km or 10 minutes).

Later on that evening after enjoying some of the beachfront dining we came back to relax at the pool and then later on the porch at our villa. No one was at the pool nor did many people seem to be staying at the LM. Later in the evening we did see maybe 15 - 20 people, which was a good sign. We opened up wooden windows to let in some fresh air to the room while we relaxed on the porch. Sounds nice, right?

So, things started to go towards bad when attempting to shower. In our room, the removable shower head was obviously not the same brand as the rest of the fixture and therefore it didn't quite fit in the holder. On top of this, there was no hot water. I notified staff and they did promptly come to our villa and change out the propane tank, but I can understand that that kind of thing happens. Getting hit in the head with the shower fixture because it was essentially broken was not something I bargained for. At this point, I knew we were just staying for 2 nights and since the shower head was not OEM there was no way they'd be replacing this other non-functioning part before we'd depart 36 hours later. Who knows...maybe someone on the staff will read this and actually have it fixed!

Okay, next morning, I realize that the mattress (about 6" thick) isn't as comfortable as it looked in the pictures or in real life. It was essentially a glorified futon with lots and lots of pillows. Again, I could manage and so we made our way to breakfast. Again, we were the only ones eating breakfast...strange? Breakfast consisted of fruit (pineapple, cantaloupe, and papaya), coffee or tea, jugo natural, and toast with butter and 2 types of jelly or jam. Compared to our previous breakfasts in the DR during the trip, breakfast was lacking and you'd be hungry within a couple of hours. So, wasn't too thrilled about that...but the fruit was good.

Finally, when checking out the trip started to go to unpleasant. We were attempting to make the 9am Guagua to Santo Domingo at the center of town when we attempted to check-out around 8:35am. Needing about 10 minutes to walk there, we didn't have much time for errors, but it was doable. Well, it turned out that no one was going to be at the front desk until 9am. Juana, the nicer employee that we interacted with at breakfast attempted to contact someone to come to the front desk so we wouldn't miss our bus. On top of that, we were attempting to fly back to ATL that same day...so this was starting to become worrisome. Finally, around 8:50am, a man in his late 30's earlier 40's, who didn't identify himself, attempted to take my payment for the room. First, he told me that I would have to pay $110.00 per night or a total of $220.00 despite the fact that I booked for about $35.00 less. When attempting to explain to him that I could show him that I had a copy of what I owed, he insisted that I pay $220.00 in total. He then said that I called him a liar, which really sent me over the edge. By then it was nearly 8:55am and I gave up and said, fine, charge me whatever so I can get the hell out of here. They wouldn't accept American Express (despite the fact it was on 2 different placards) and on top of that he was having issues with his credit card machine. Finally, on the 3rd credit card, he got it to work and then had to scramble to make it to the bus station.

He proposed that we get on the back of a motorcycle (or maybe it was a scooter) and they'd take us to the guagua stop. As my wife was about 7 months pregnant, I told him that he was crazy and that I would ride with someone and attempt to stall the guagua while my wife attempted to walk as fast as she good to the guagua stop. Ultimately, we made the guagua, but after going through all of that crap I was just happy to get the hell out of there.

Incidentally, it turns out that I got eaten up by mosquitos in our room and now have about 25 plus mosquito bites. What a grand parting gift LM was able to give me.

So, if you made it this far in the review...save yourself the trouble and book somewhere else. Maybe the billing issue is an isolated incident, but when you get whacked in the head with your shower head and have tons of mosquito bites on your departure, don't say you weren't warned.

Best option for the price

Comfortable rooms, really clean, really quiet if you want rest, the service is really good, the pool and garden are really nice, the bed is awesome, the breakfast is good, totally recomended! I think this is the best option for that price and trust me i have tried several hotels already.

Oasis of calm in Las T

The 5 minute walk to the beach positions this charming hotel just far enough to completely avoid the loud rock music and distractions of the ocean side bars. Earlier reports of a shady, dangerous road which links the hotel to the main street are totally paranoid & unknowing. The cabanas are delightfully tranquil, as is the staff. A perfect place to relax and enjoy the laid back, gorgeous atmosphere of Las T.

Ps. Ask for "Julian" downtown if you want to tour the local beaches on motoconcho

This lovely hotel is just off the main drag and is only a 5 minute walk to the beach. The road is unlit but certainly not "unnerving" and is actually lined with the most friendly people who give you a smile a wave and an hola every time you pass. Getting away from the pumping and noisy bars on the front is a real relief at the end of the evening. We went for the cheapest room and got our own beautiful little thatched roof cabana with full kitchen, bathroom and seperate loo. We turned up late for breakfast every morning and were greeted with a smile and freindly service. Jerome's restaurant advice is spot on too (eat in El Mambo if you're foody & appreciate value for money). Hotel is well kept, the pool is a good size and all the paths are lined with palms so each cabana is pretty private. Breakfast of toast and fruit, coffee and juice is simple and delicious. Would definitely stay here again.