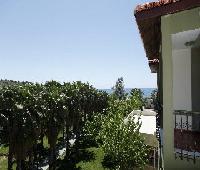 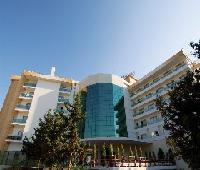 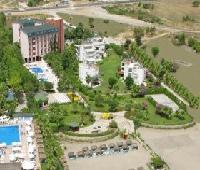 "MrMeister" has written most of the experience that we had when we booked this family holiday. Our main objective was to ensure that there was a children's club for our children, so we could enjoy our free time on the beach. Sadly this was not the case and having spent quite substantial amount of money on this holiday, we feel quite robbed.

The Children's club that is run by Neckarmann or apparently not, still very confusing but we shall be taking this matter directly with them. We where told that the club only looks after them from 10.00am to 12.00pm, then we had to bring them back at 3.00pm till 5.00pm was a complete shock to us.

Not to mention that every other additional activities that where set out in the program we had to pay cash per child. When we questioned this, we where told that this was not included in our package that we had paid. The t-shirt painting session was EURO 10.00 per child, yet they wore dresses from H&M that cost EURO 7.00. There was no receipt given and prices changed daily. As we had no cash on us, we could not put these costs on our room (strange???), there was no cash machine or facility to draw money, we had to get a taxi to a local Bazzar to get money, then of course pay for the taxi in cash. We spent most of our time looking at the watch, move from the beach to the children's pool, that was full of other children, and of course there where no sun beds available during that times where we had the children. The pool slides to our shock only worked during the times of the children's entertainment, as we wanted them to enjoy many facilities that we had booked this hotel, then we had to take them out of the children's club and spend time on the slides with NO pool supervision.

The Beach Bar food was terrible, to be served pasta, chips or frozen burger that was as thin as a pancake is totally unacceptable. I did take the plate to the reception, was confronted by a very hostile male employee who had no idea of 'customer is always right and can do culture'. Its a shame that this is what customers need to do to try ensure that there is some sort of service, after all its a 4 Star Hotel?????

Cheap drinks, the wine, well I cant even begin to try and explain how appalling it is! Its just sad to know how much money is wasted through serving bad wine, and bad drinks. I strongly suggest that the FOOD AND BEVERAGES MANAGER spends some time in sampling ALL the food and looking at the standards that are acceptable to the tourists and the star rating. I also recommend that Neckarmann get to grips to what they are actually doing, falsely advertising and misleading a lot of customers, this is not acceptable to the everyday family that saves and worked hard to have a rewarding holiday.

In our room, we could hear the next door guests conversation and other activities that happened in the bathroom, I can only assume that they heard the same!

Sadly the positives which where a few have over shadowed the negatives and we shall NEVER go on a holiday by Neckarmann.

Warning! Not a Four Star hotel!

I need to start this off with a quick warning to all that this hotel may be listed as a four star hotel, but this is for Turkish standards - those seeking a European four star will be highly disappointed with the quality of service if one is expecting what one would receive at a typical European four star resort. Turkey is not Europe - even though the Club Gardenia hotel caters to Europeans, they lack many amenities Western Europeans are accustomed to.

If you are an English speaker - good luck with that. Only a small handful of staff can construct a coherent sentence in English. The hotel tries to focus on the German traveler - but the majority of the staff can't speak German either. This was the first major disappointment.

The second major disappointment was the lackadaisical attitude of the hotel management. We have traveled to many resort hotels, and even the smallest try to give a feeling of acknowledgement by offering welcome drinks or something equally refreshing at the reception to the weary traveler. Here: nothing. There was a Koolaid dispenser in the hotel lobby, but it was up to you to find it.

After a few days here, we figured out what the major problem with this hotel. Most everyone seemed to be in a state of oblivion - they didn't seem to care much. There was no communication about what was going on. If you wanted to know, you would have to figure it out for yourself. Most everything was done to the minimum.

It's an all inclusive hotel. The beer was ok, but if you wanted anything else besides that - well bummer for you. The cheap house wine is left out in the blazing hot sun - which makes most of the wine undrinkable. They have what they call a free "Turkish Cocktail" which is included in the "all inclusive" package - it's vodka and some artificially colored over-sweetened "fruit" drink from a machine. Basically it's a waste of alcohol and effort.

The meals were disappointing - sure there is a lot of food spread out during the buffet, but most of it is unrecognizable and they don't bother listing what it is you're eating. Many of the food labels were wrong. The dining staff were either too lazy or were not given instructions to change the signs. This was a daily occurrence.

Much of food is monotonous - but every once in a while there is something that is quite tasty - which was a relief. It's pretty frustrating to spend a fair amount of time complaining to one another about the food - especially when you paid good money to be there. They even had the cheek to offer freshly squeezed orange juice for 5 Euros in the morning - and it's left out in the open at the bar in 35 degree heat. There is no fruit juice - only that what comes out of a machine. That's not fruit juice - that's artificially colored sugar water.

The clientele of the hotel is mostly eastern European and German - and it was a parade of bad tattoos, huge stomachs, gold chains, and obnoxious kids. There are no pool rules that are enforced. Kids and adults dive in without a care oblivious to anyone around them. I guess the hotel is waiting for someone to break their neck before enforcing any "no diving" rules.

The plus side: the grounds are pretty much "four star" quality. There are three pools, and when it's not mayhem unleashed, it's rather relaxing. There is also a Biergarten by the beach which is shady and it's "help yourself" to the beer tap. We spent a considerable amount of time there playing card games. There is also food - with pizzas baked every other day or so.

The beach is ok. A lot of rocks to contend with - and the water is deep so bring some flotation devices. If you don't have any, there is a store on the hotel property that has them for a reasonable price. If you into strolling along the beach - forget it. The wet sand is not compact and you sink up to your ankles.

The massage at the hotel spa was awesome - but they will try to hard sell you into another massage claiming that you have back problems or something they found while massaging you. Again, they do not speak English.

The rooms are adequate - but you won't be spending much time there (hopefully). Be prepared for lots of noise - even though the rooms are constructed from cinder block - your neighbor's bathroom activity is for all to hear.

There is free WiFi - but incredibly slow. At one point I my connection speed was .2 MB per second. Sometimes no WiFi is better than slow WiFi.

There is nothing to do around the hotel - you can walk 10-15 minutes to a Turkish bazaar which is perhaps the most annoying shopping ever. I hate shopping in Turkey; you are expected to barter, and at the end of the deal, the proprietor makes you feel like you've ripped them off, and you know you've probably have been taken for a ride. It's a horrible experience buying anything in Turkey. Save your money and find it on the Internet.

All in all, it's an ok hotel resort. If you don't have high expectations, then you won't have much of an issue; if you don't speak German or Russian, you will.

My advice to the hotel staff (who I doubt will read this) - fire your managers and get someone who can properly manage your hotel. One of the nicest experiences I've had at a Turkish hotel was a few years ago when the General Manager and owner would set up a time daily to introduce themselves to newly arrived guests. They would make you feel welcome - explain everything one could do at the hotel - and they had welcome drinks and snacks. Just a little bit of amicable effort can go a long way.

Lovely hotel for the families

Our holiday was in Easter break . when we arrive the hotel we had warm welcome of Sevilay .She was very friendly and helpful than we love our room it was big enough for me my wife and my son . Room maid cleans the rooms every day. Generally hotel is spotless.we were so hungry after 6 hours travel ( 4 hours flight 1 hour to airport 1 hour from airport) in the restaurant we had very good service specially Mr Bozan food was over the standards plenty of choice
There are few swimming pools in the hotel beach was clean and tidy.
Animation team is very good Taner and Oktay
I recommend highly if you want nice quite and budget holiday

All inclusive club for smokers

around the hotel is nothing to see, to do, to find ... a stranwalk of some minutes and that's is it - taxis are expensive - also the hotelbus is expensive and a with a few possibilities

Lovely hotel, friendly staff, more communication in english would help a lot. Hotel staff is mainly speaking german but that wasn't big issue. Generally they are very nice people. Hotel is maintained very well, it is a clean place. Food is served as buffet style and is delicious. It looks like all hotel's management puts a lot of effort to make it's guests happy. It is not a high class hotel but is worth the money spent. No negatives at all, would recommend to families with medium budget.