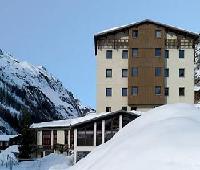 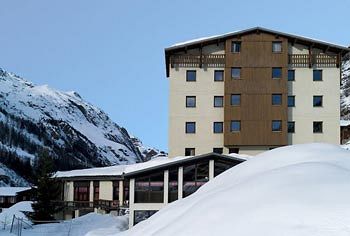 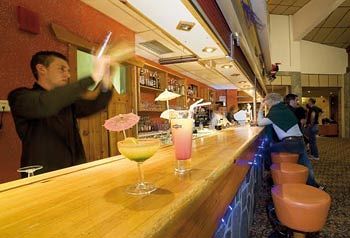 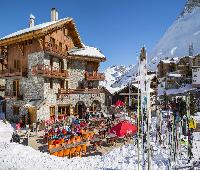 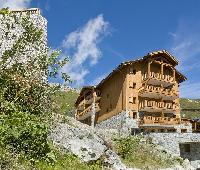 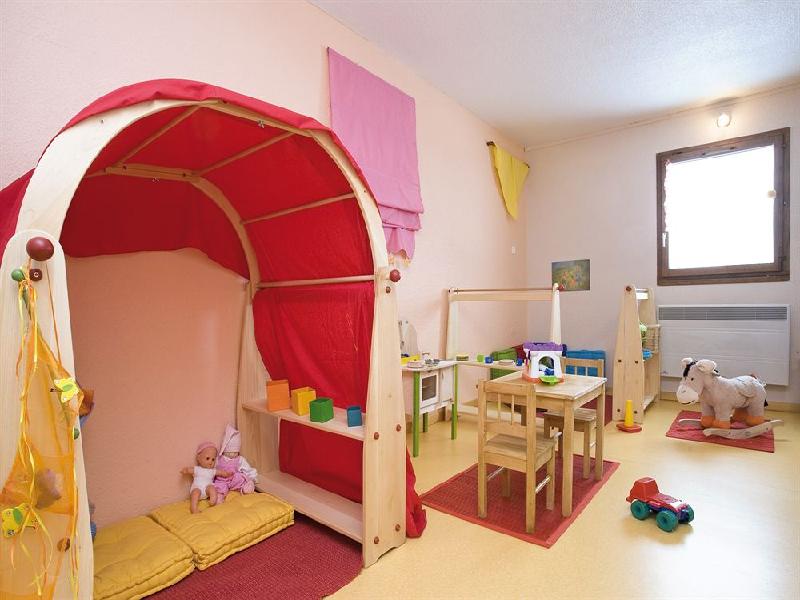 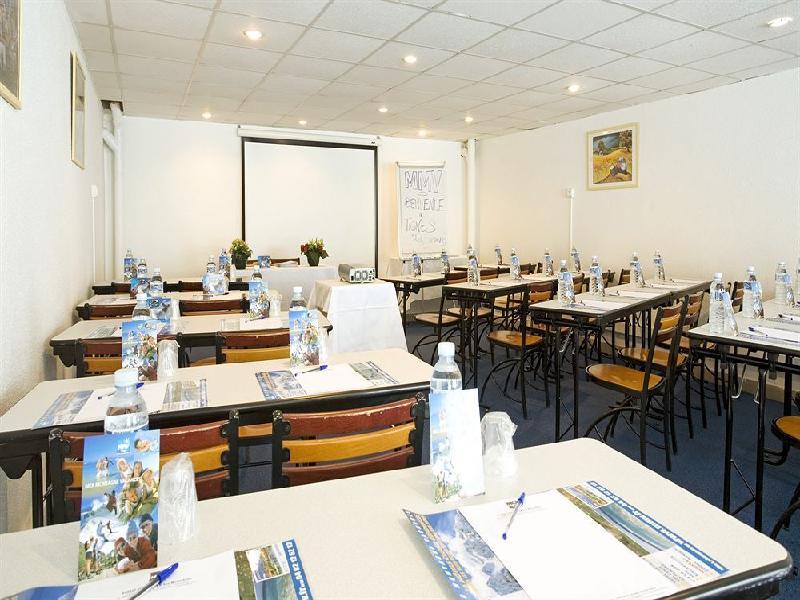 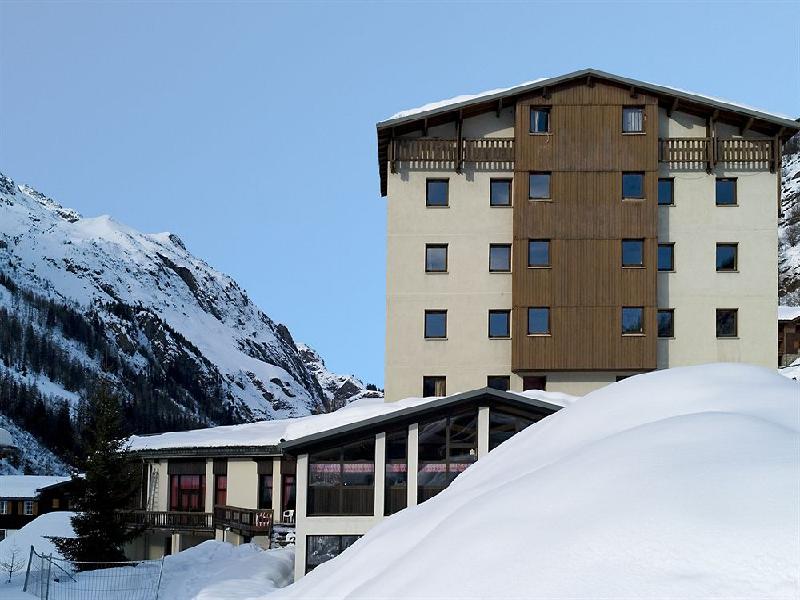 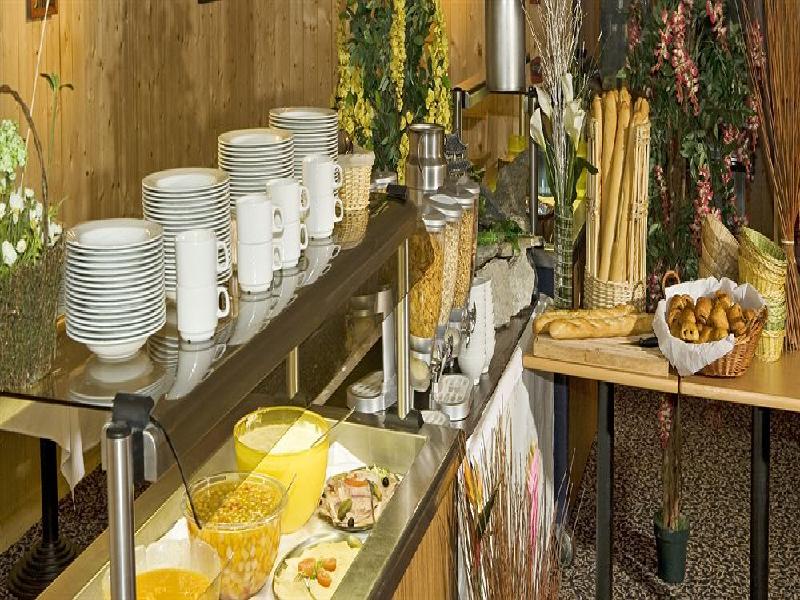 We've stayed previously in the MMV in Flaine and thought we'd give this one a try as returning to Tignes/Val D'Isere ski resort and wanted to stay in Tignes for a change.
FRENCH HOTEL - DON'T BE PUT OFF : - ))
The staff are mainly French or other nationalities, all speak basic English and are helpful and friendly. The guests are mainly French and other (not GB) nationalities.
On arrival was advised they would ring us when the room was ready. (We were able to put skis and boots in ski/boot room) then went for buffet lunch as had booked the full board optionl so sat outside the hotel in the sunshine - beautiful.
SKI BOOT ROOM
You get a key and padlock for an allocated storage point for your skis so they are in the same place each day. Boot driers plentiful. Benches to sit on in the room, outside the room and also outside the hotel - good set-up.
If you wanted to get a couple of hours skiing in - put your ski gear at top of your case, get changed and go - no problem as luggage left in room opposite reception.
Room was ready about 3pm.
BEDROOM-
On the first floor overlooking the mountains so nice view but noise from people outside - take earplugs if light sleeper.
Toilet separate to shower and washbasin - functional size. Shower was over a half bath rather than in a cubicle which was fine. (Hairdryer was in cupboard)
Sleeping area - there was not much room at all at the bottom of the beds so walking around meant sometimes hitting shins on bed frame - another couple of feet would have been fine. The room itself looked newly done, plenty of storage which is great and hooks for jackets etc. These served well to dry our towels as there was no radiator in the shower room.
DINING -
All buffet style plenty of choice and really good quality food. The pork rillette was amazing, we were hoping there'd be some left over for packed lunch the day after but no such luck!
PACKED LUNCH -
Book with reception before 6pm then make your own in the morning. Baguettes, meats, cheeses, salads - good choice. We had great weather all week so it was nice to have a picnic on the mountain wherever we chose.
ENTERTAINMENT -
Didn't participate at the hotel but they have a great set up for families and a large bar. (SPA - WELLNESS - didn't use).
LOCATION -
Don't worry about being on the edge of the ski area, the lift system is excellent and you can soon be across to Le Fornet if you wish.
We spent our first day in Tignes and the slopes were perfect and not busy.
There are also plenty of apres ski bars in the area.
Walk to lift is about 3 minutes - flattish walk.
If we go to Tignes again we'd look to stay here again (despite the small sleeping area - we're on the slopes all day : - ))

This hotel is simply fantastic, great value for money.
Great family hotel, in a great ski area, although it's for the more advanced skier in general. It doesn't take long to get to the action, good lift access, about 5 min walk to the lifts. Fantastic boot room for easy access to the slopes.
The food is great and varied for being a buffet set up. The packed lunch option in the full board option was amazing, saved a small fortune, great for families, so make sure to take a backpack with you.
So yes there are parts of the hotel is slightly tired, but the rooms are cosy and very clean, and some lovely views of the quaint town of les brev!
The staff are great at this hotel, no complaints here, from a non French speaker, they really do accommodate.
We didn't have the best experience with crystal but that was nothing to do with the hotel.
If I was ever back in the area I'd defo be trying this hotel again
Thanks to all

it's not a 4 starts property as advertised but ok

good stuff:
food is nice quality
they provide lunch to take away, can be really nice
seems nice for families with kids since there are lots of activities for the kids

not great:
access to pistes is a bit far and really takes time to get to the better pistes from the les brevieres
no pool, sauna/jacuzi always busy
hotel staff can be nice, can be rude (france standard) but they are really really not helpful with the english.
forget about calling the hotel, most times reception is closed and when is not they are just not helpful
bathrooms are just poor quality
rooms can be cold and outdated
you need a course so you can change the room temperature
quality price ratio is not that great but not bad.

in the end if you have low expectations you will have fun.
also I think your kids will like it

Having read some of the reviews after having booked this hotel, I was woundering what I was install for. I'm glad to say I was pleasently surprised. The hotel is situated at the far eastern side of the Espace Killy ski area, any reasonable skier, boarder would be able to get across the the western extremes of the area, the Glacier Du Pissaillas and back in a day with time to do a few extras along the way, including getting up the other glacier, La Grande Motte. I booked a few days before going in order to hit good snow conditions and I was not disappointed. The hotel staff were very friendly, all speacking good English, although I always try my pigeon french on them. Food was pretty good really, occasionally some of the food was a little cold, lots of choice, there was always something I liked. I took advantage of the packed lunches, a great idea and made fresh rolls each day to eat on the slopes. Some of the poor reviews I read mentioned that the entertainment was aimed at the French... well it is France and this was not an issue for me. Other poor reviews also mentioned about the lack of fresh towels in the room, again not an issue, if you want fresh towels everyday, go to a 4* hotel. Our towels were changed twice over the week and this was fine. The hotel is aimed at French families, lots of entertainment is arranged for the afternoons. We had a great view from the room, we were on third floor and there was little noise from the entertainment below. Beds were comfy and were made up each day. If the snow is good, would definitely go again. Not a huge amount going on in 1550, a few bars and restaurants, if it's the nightlife you are after, I would try 2100 or Val.

This establishment is based on the so-called club/fullboard formula. The facilities seem to be all there, it is all about just how the hotel management chooses to use these.

We chose this hotel (and it's less favourable location compared to Tignes and Val d'Isère) because of the low price for January 2017.

* Clean towels only 3 times a week (in 2016 only once per week), 8 Euro per additional towel set per person! - not of this century...
* Hairs in the freshly made beds - unfortunate...
* Three beds in a VERY tiny room (clearly not fit out for 3 adult occupation - you see this often in France...
* No efforts what so ever to include non-French in evening entertainment (and it is not like we were the only non-French)
* General perception (some efforts annoyingly noticeable) that costs have to be kept low

Because of the low price we paid for this trip I can overcome above (also because all the rest was reasonable). But I sure hope these negative aspects are countered by the time it is high season when people have to pay the regular fees!!

Please check this before you book this hotel!!