- Situated In A Privileged Location Right Next To The Palexpo In Geneva, The Hotel La Colombiere Greets You With A Warm And Traditional Welcome. The Fully Renovated 170 Year Old Farmhouse, Offers Tastefully Furnished Rooms And A Restaurant Serving Interna 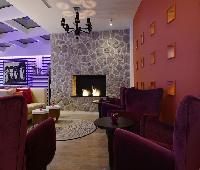 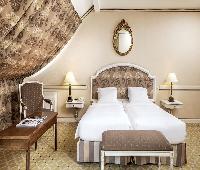 - Situated In A Privileged Location Right Next To The Palexpo In Geneva, The Hotel La Colombiere Greets You With A Warm And Traditional Welcome. The Fully Renovated 170 Year Old Farmhouse, Offers Tastefully Furnished Rooms And A Restaurant Serving Interna

Usually stop here to have lunch when I leave the highway and before going to the City of Geneva. They now have a buffet formula which is moderately priced but just tastes terrible for my taste. I don't think I will go back.

Rooms are a good size, but service is poor

I was attending a conference at Palexpo, so this hotel is very well located. The rooms are a good size and clean. But there is no real service. Reception is not staffed unless the restaurant is open. Breakfast is included, but not available until 8.30am, which is no good if you have a business meeting.

Could have been much better

I enjoyed four nights in the Annex. The room was fine and the wifi worked well. It was comfortable with adequate storage space. The bathroom was small but adequate. The heating was good. Barely heard neighbouring guests.

Breakfast was "quirky" but pleasant. No fruit juices but fruit salad and other goodies (cinnamon toast, apple flan etc.). Not much jam but very nice croissants. Excellent cheese but meat sparse.

The reason for the poor review is that I pre-paid for breakfast on the last day but the restaurant was closed and the place in darkness without explanation. I have emailed to obtain an explanation but no response in 48h. Poor service was mentioned in earlier reviews but nothing prepared me for not delivering what was contracted. Very disappointed as , otherwise, I was happy - particularly when Geneva was so busy with the watch exposition.

Quiet hotel whit great inexpensive dinner buffet and breakfast is also ok.
The hotel is located close to the airport, exhibition center and the EBU.
Bus connection to the center next to the hotel. Free Wi-Fi worked well in the room.

Pros:
- Pretty, bright and airy room in cute hotel.
- Very good location between airport and WHO
Cons:
- Lost a point for failing to provide the Geneva travel-card (I didn't know until someone told me the following day)
- Quite expensive compared to airport hotels (but much more homey)
- Service was just OK
- Bring your own toiletries as the ones provided are sparse